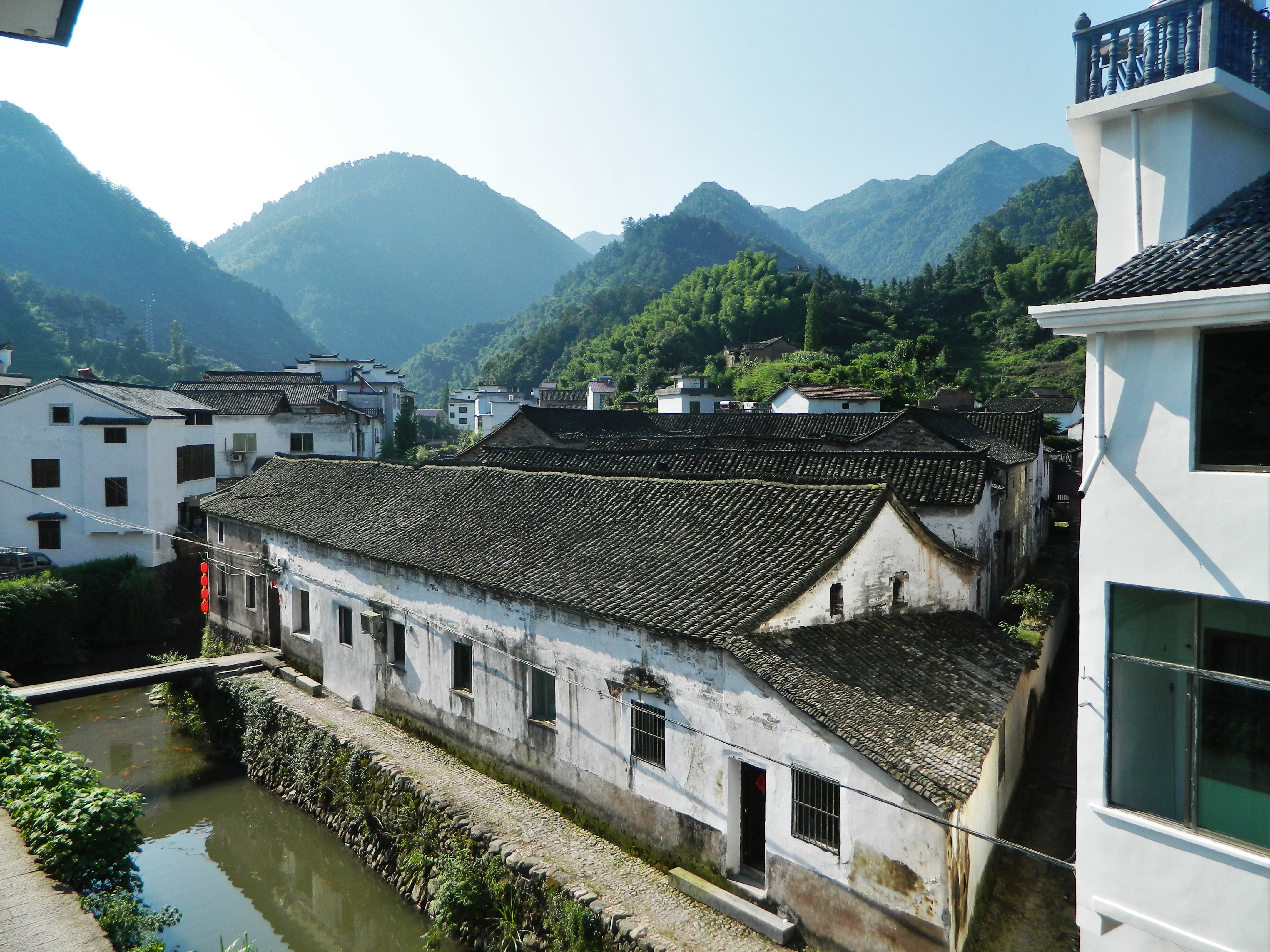 When we talk about built heritage, the country of China is second to no one in richness, abundance, and diversity.

From the Great Wall to the modern Bund of Shanghai, the country offers an incredible variety of architectural wonders, marveling also the most demanding travelers. However, the sudden technological progress and modernization is threatening the conservation of the historic environment. The country boasts of 50 world heritage sites (the second highest in the world), out of which 35 are an outstanding representation of man-made structures. While the modern skyscrapers of Beijing and Shanghai may give an impression of a modern, technological nation, the countryside of China still remains rural and beautifully preserved. Those who prefer a more historical view of China will not be disappointed in stepping out of modern cities to explore the historical, neglected regions of the south.

One of them is the Wuji County, about six hours ride from Shanghai; locals call it the “historical villages county”, given the presence of about 100 historical villages. To put it mildly, the region looks like something of a wonderland. The place has a rich culture and history that goes back at least a hundred years.

A particularly fascinating village is Yuyuan, otherwise called “The Astrological Village” by the local people. Yuyuan is a charming, little town of about 1000 people, hidden away in the countryside of south-east China. Reaching the village is an adventure: staying there, a lifetime experience.

But why this small gathering of historic buildings is called an astrological village? Let’s explore the history that brought Yuyuan to life.

Let’s explore the history that brought Yuyuan to life:

Yuyuan, literally, means “village of the Yu”. About 70% of local people are, indeed, part of the Yu family clan. Yu was the richest family in the area, and the main hall, known as the “Yu Ancestral Hall”, is indeed named after this prosperous family.

Yuyuan was built approximately in the 13th century but became famous only when the attributions of the astrological village became known. The village, indeed, used to experience heavy floods, which destroyed all the crops and, consequently, their livelihoods. Hence, the design of astrological village was conceived in order to solve the issue.

By observing the village of Yuyuan from above, one of the most remarkable elements is the dramatically large Taijitu, better known as the Yin and Yang diagram that is visible from the mountains surrounding the village. Local legends affirm that the creation of one of the largest Taiji diagrams in China was created in the village (and after the whole village was redesigned according to the principles of the Taoism astrology), was in such a way that Yuyuan was never destroyed by floods again.

The other theory why Yuyan was never destroyed by floods suggests that the fifth ancestor of the Yu clan, Yu Lai, was a well-known member of the society, and had close connections with Liu Bowen, a war strategist, and advisor of the first emperor of the Ming dynasty. Liu Bowen had a strong interest in astrology and Taiji; although it hasn’t been officially confirmed, many suspect that he was invited by Yu Lai to redesign the village of Yuyuan, in order to limit the floods.

Liu Bowen designed the village so that it would have been divided into two main parts by the river, with the surrounding mountains enclosing it in a circle. The river was deviated for it to form a perfect ‘S’ shape in the middle of the circle.

Yuyuan has been safe from floods ever since. The reasons may be found in the rearrangement of the river flow, which changed the water speed and therefore, prevented it from overflowing. After Yuyuan was redesigned, the village knew a long period of prosperity and fame, attracting scholars, researchers, and artists.

Today, the Taijitu can be found all over the village. painted, carved in stones and wood, enclosed on the village’s pavements. Some people say that there are about 400 diagrams all over Yuyuan, most of them located in Liufeng Hall. Visitors can engage in this treasure hunt and easily spot up to 80 symbols in less than two hours. The largest of them can be observed by the pagoda facing the curve of the river, attainable through a trail close to the village’s gate. The pagoda offers a stunning view of the entire village, surrounding mountains, and Taijitu field.

The village today is a remarkable example of well preserved built heritage, where each building in the village has a function and a history. The most important building is perhaps the Yu Ancestral Hall, a stunning example of traditional 14th-century Chinese mansion. Built by the four sons of Yu Lai, it represents a celebration and a place of worship for the family ancestors. Immediately evident is the giant front gate, a symbol of prestige, which is only open during important occasions.

In the past, an ancestral hall used to be a display of power: the bigger the hall, the richest was the family; the dramatic beauty of Yu Ancestral Hall makes the prosperity of the Yu clan more than evident. The first courtyard opens up on a beautifully preserved opera stage which is still used today. It is decorated with colorful statues and stunning wood carvings. Large, tall pillars and open spaces create the idea of a connection between the built environment and the surrounding nature while observing Yuyuan’s foggy mountains from the open roof inner space.

At the other side of the village lays the Dongzhu Temple, most ancient and important temple in the village: with a history of more than 700 years, it brings together Taoism and Buddhism (among the few examples of two faiths/philosophies worshipped in the same place), representing a peaceful oasis in an already peaceful place. The temple is the location of the local dream realization festival: it is said that, by sleeping together inside the temple, local people will receive good advice from the ancestors and, hopefully, find solutions to the issues that affect them.

As introduced, the village of Yuyuan, with its vernacular architecture, astrological building, philosophy and rural lifestyle is a place out of the world, where the time has stopped a long time ago. The impact of arriving in the village from the noisy streets of Shanghai is mind blowing. This magical, brick-and-wood place is certainly able to astonish every foreign visitor, even the locals. The village is promoting homestays, a slow tourism strategy since 2016. A big effort will be required to resist the temptation of modernizing in favor of economic benefits. Leaving the village untouched is what makes this place magical, an example of spontaneous conservation carried on throughout six centuries: a special place like Yuyuan is well worth the efforts to preserve it.

The Queenslander: Architecture adapted to climate