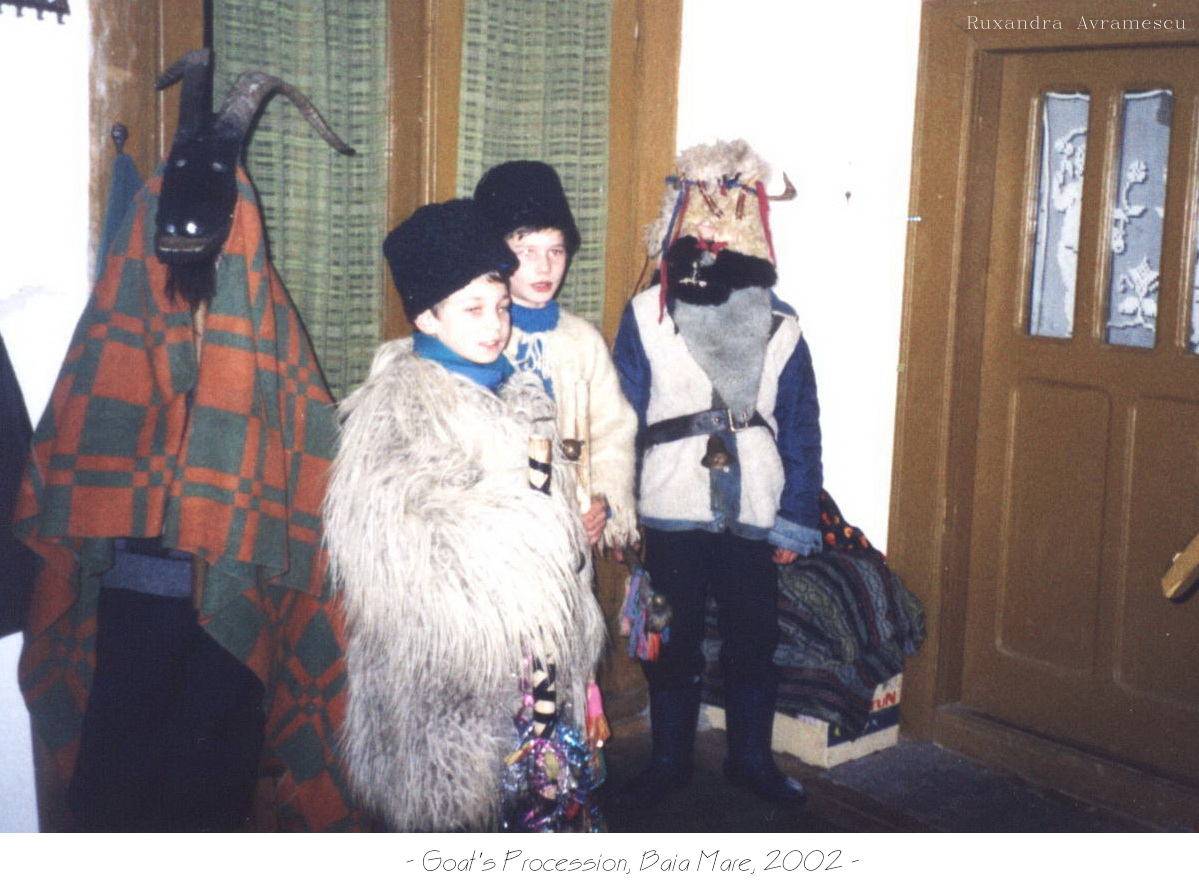 Romania is a land full of complex traditions and superstitions with a long history which were incremented during the years by culture, religion, events and different external influences. As winter holidays are some of the most important moments during the year, they were enriched by a series of traditions like processions, dances, performance arts, specific productions etc. 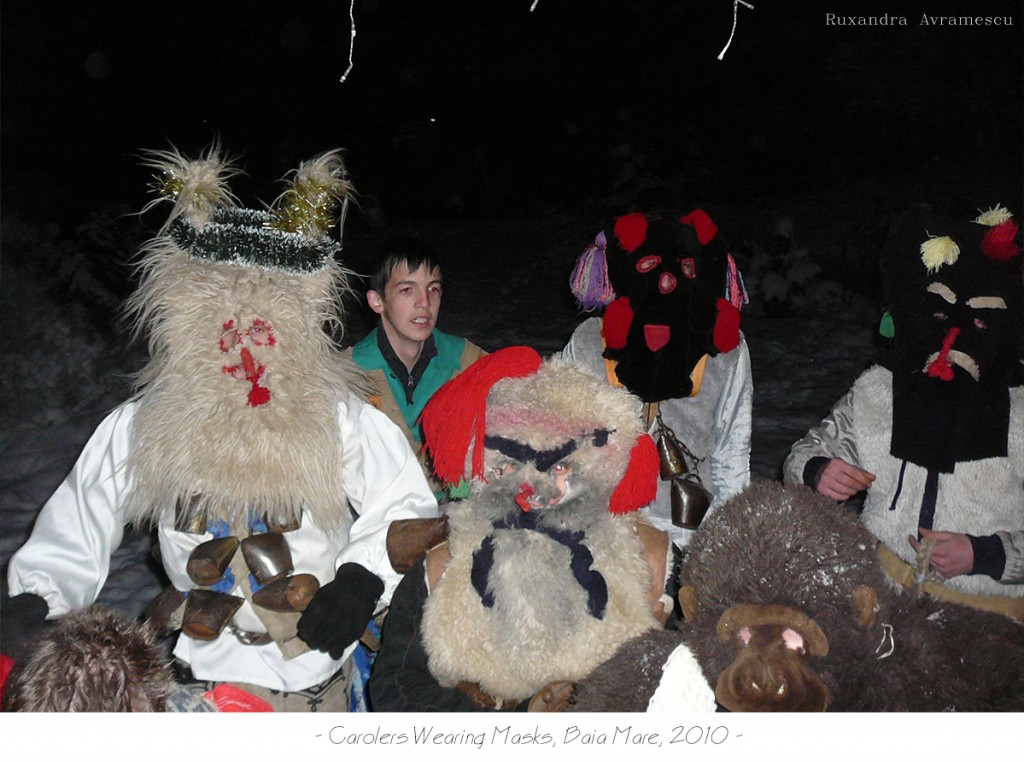 Besides the Christmas tradition of singing carols which is present all over the Christian world in different styles, there are the rituals for transition to the New Year, which are held every year between Christmas and Epiphany. Even if in Romania these traditions differ from one region to another, Bucharest inherited a diluted mixture of all due to being a capital city with inhabitants coming from all over the country. Therefore, I am going to explain a few and the most known rituals linked to New Year celebration as they are in their “mother land”, unspoiled by the big city civilization. 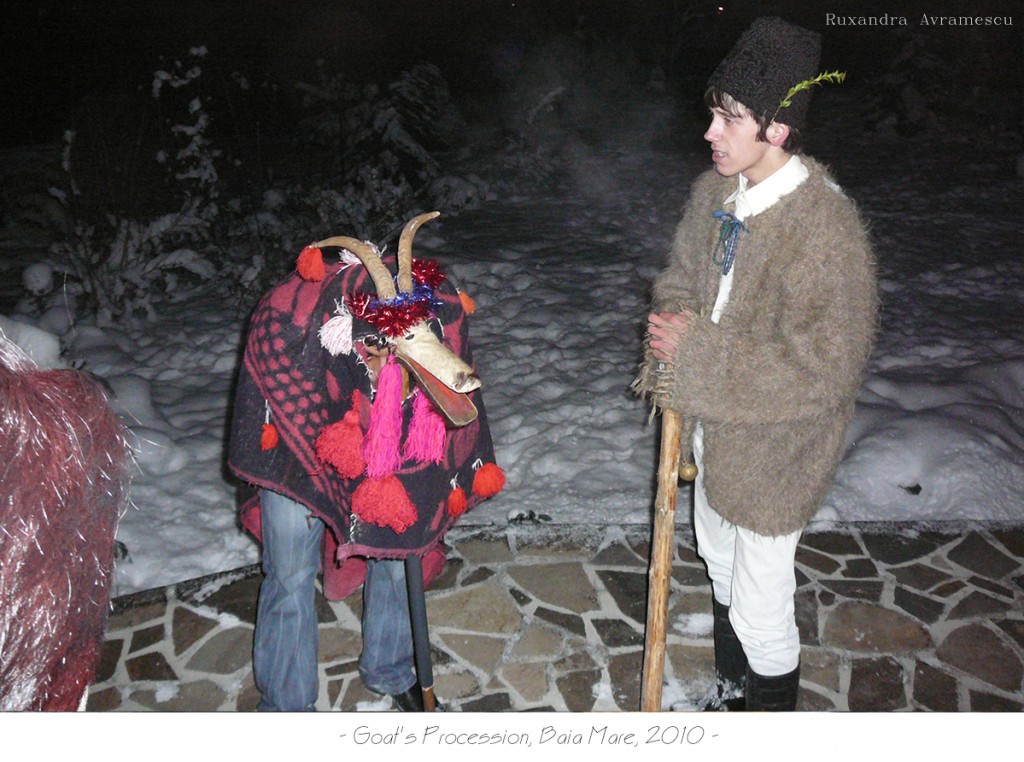 From Christmas until New Year’s Eve, groups of carolers are gathering in order to manufacture the costume of one or several goats (from wood and paper) and then they are marching the streets dancing the goat dance and making a lot of noise. The purpose of wearing masks and of this ritual is scaring away the bad spirits. 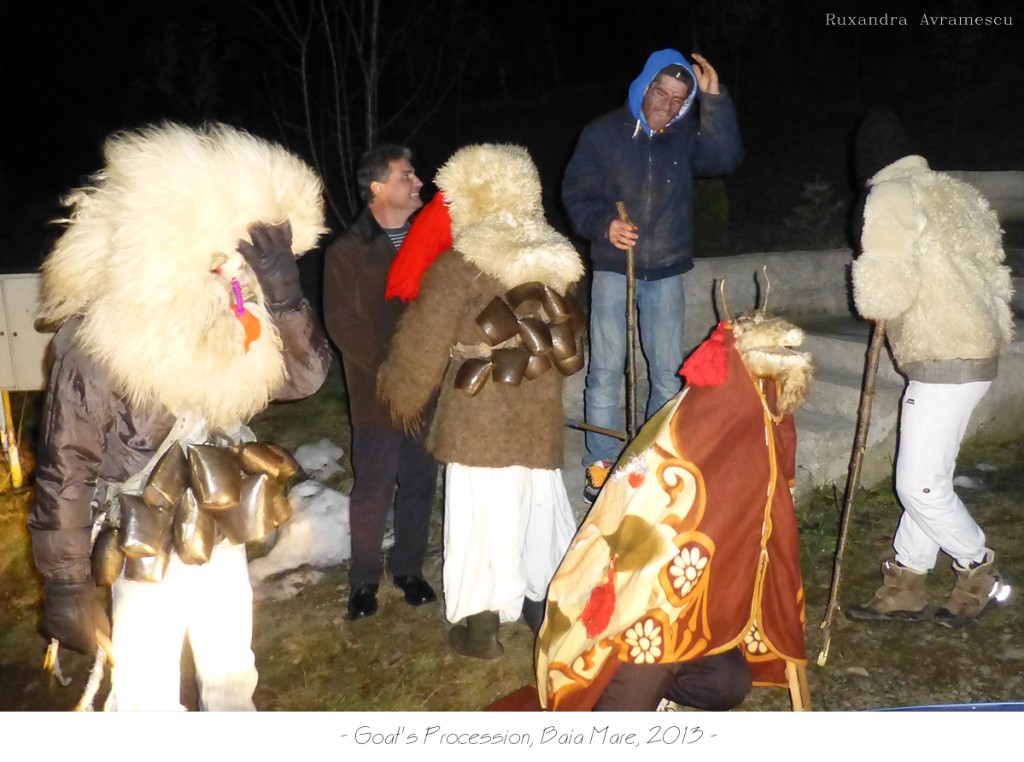 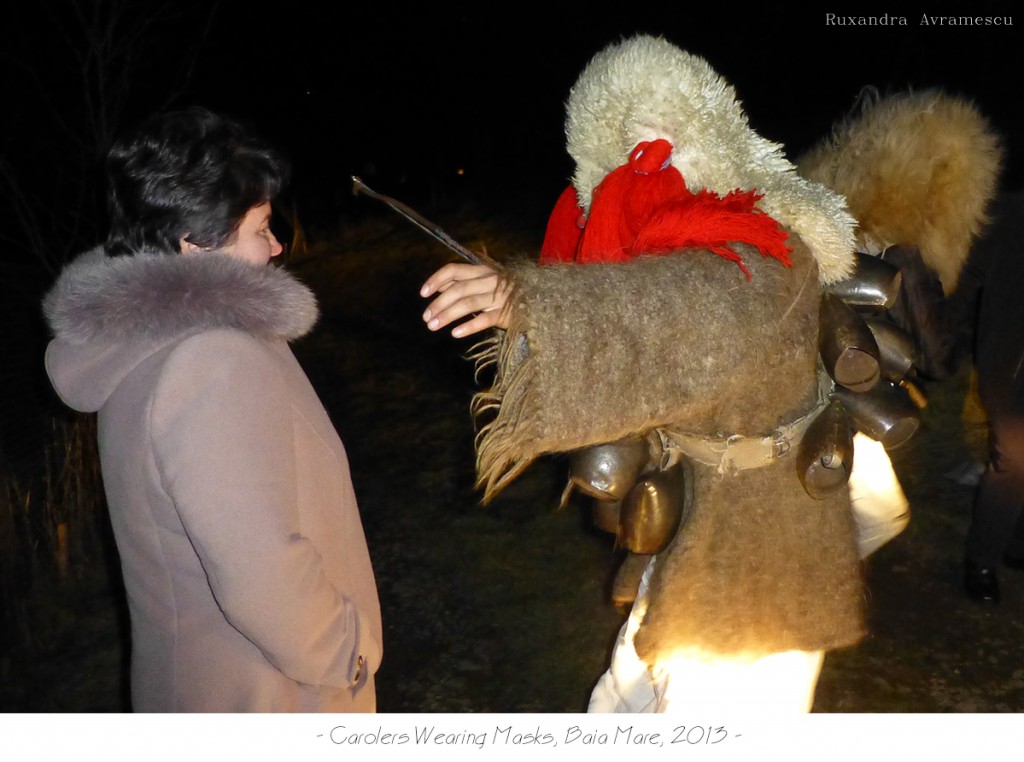 It is believed that the origin of this tradition is the sacred archaic funeral and resurrection rituals of the divinity, even if it was first documented in Descriptio Moldaviae by Dimitrie Cantemir, in 1711. 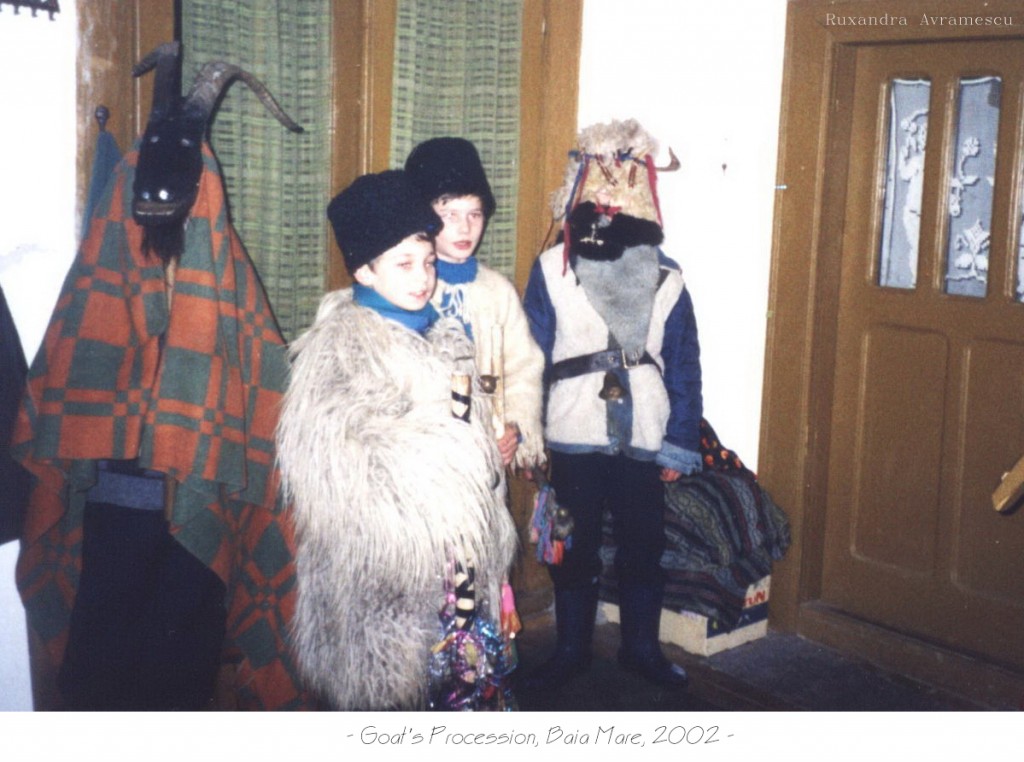 The animal takes different shapes and colors around the country: goat in Moldavia and Transylvania, ox in the South of Transylvania, stag in Hunedoara. 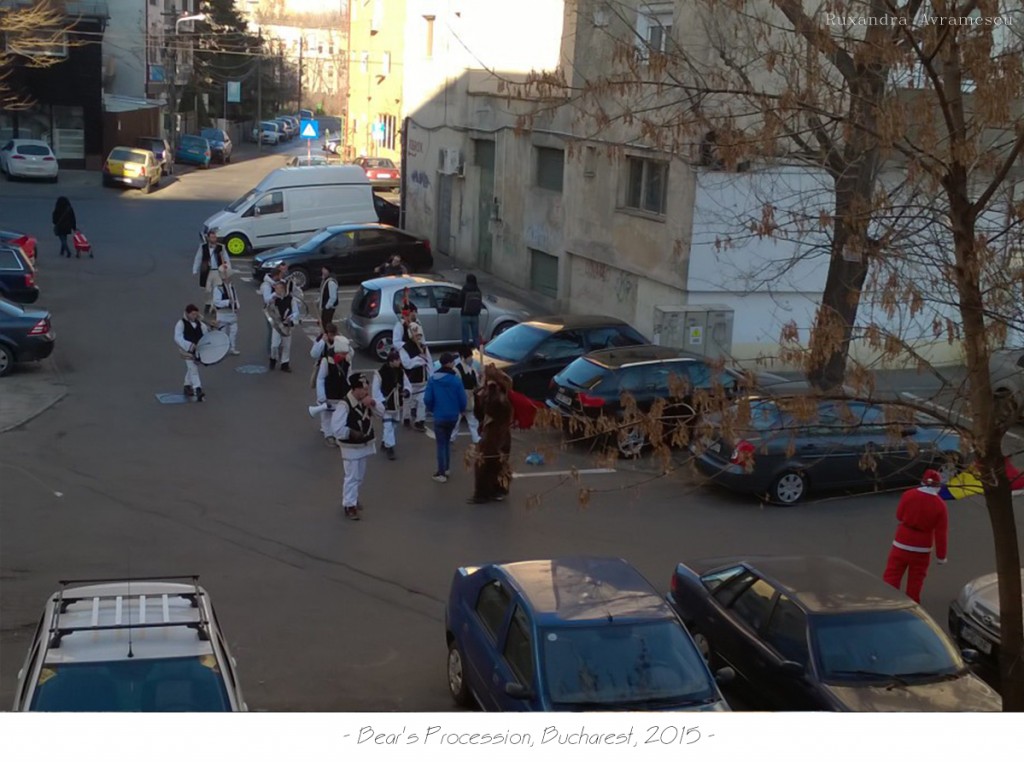 In Moldavia, people are dressing up as bears in order to purify the land and fertilizing it for the new year. They are marching the streets in groups, “taking care” of one bear or more and singing a special songs in the sound of drums and flutes. The bear has to walk slowly and show his power of making the transition between winter and spring. In the past, this procession was using real bears. It is said that the bear symbol dates back from the Geto-Dacian times, when the bear was considered a sacred animal. 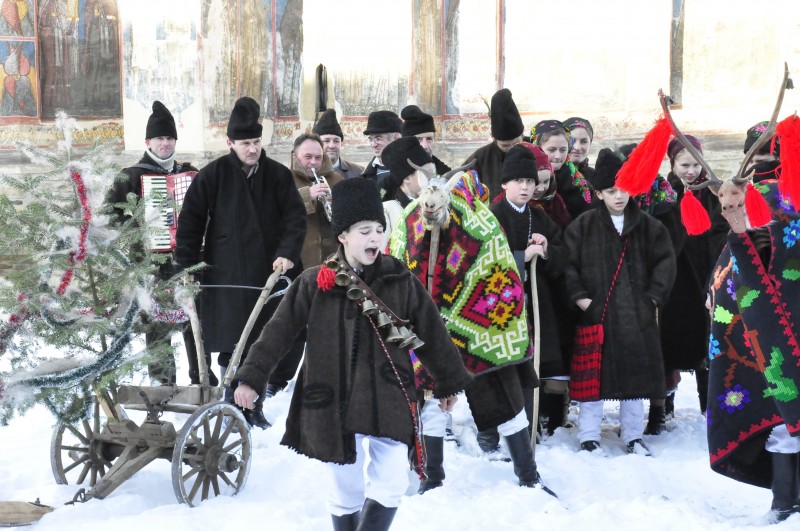 Young men are gathering in groups before the New Year has started and they are going through the village, knocking to every door in order to recite the poem called Plugușorul to every family. The meanings of lyrics are mostly wishes for prosperity (for a new agricultural year full of richness). The saying is always joined by lash noises, bells ringing while a small plow is carried by the men all the way (in the old times there is always an ox carrying the plow behind). Before leaving they spread wheat at the entrance of the houses, for prosperity. 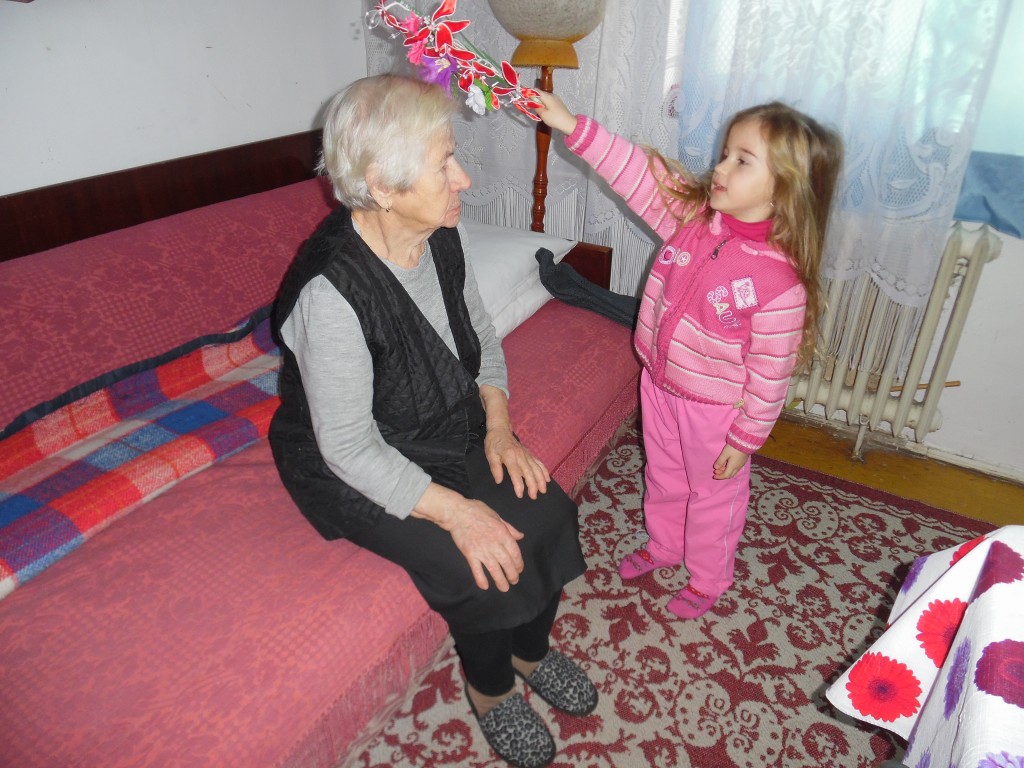 This tradition associated mostly with children, who have to manufacture each year a special item called Sorcova. In the past it represented a bouquet of little branches from apple trees to be in bud. Nowadays, they are taking a little stick and decorate it with glittery artificial flowers. During the 1st of January, they have to go to all the older members of the family to chant a special song wishing health, happiness and prosperity while pointing and slowly moving the item that they manufactured in the direction of their head. It is said that this movement of the Sorcova has his origins in the use of magic wands and casting spells. 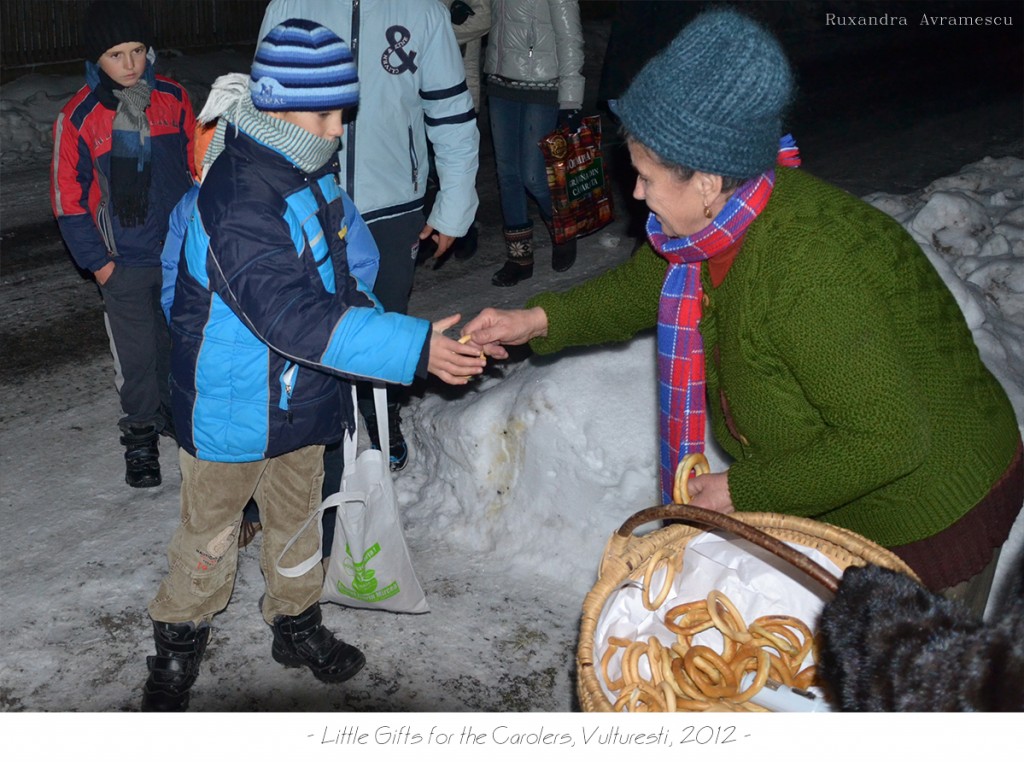 As a kid I was able to witness these traditions (their original version) mostly in the countryside. In big cities such are Bucharest inhabitants are losing the connection between them and the traditions altogether. I remember, as a kid going in the big blocks of flats of Bucharest with my friends, knocking in the doors of the apartments to sing carols to people. But now, with all the new security systems, there are less and less people being able to follow the traditions. Even so, every year when I hear the sound of The bear procession or The goat procession I am running to the window of my flat to see it. And I suppose that families with small children still keep the tradition of the Sorcova, because it is a moment for the family to be united.

I hope that these traditions will never be lost and would recommend to everyone to see them. It’s part of the pure and true Romanian culture.