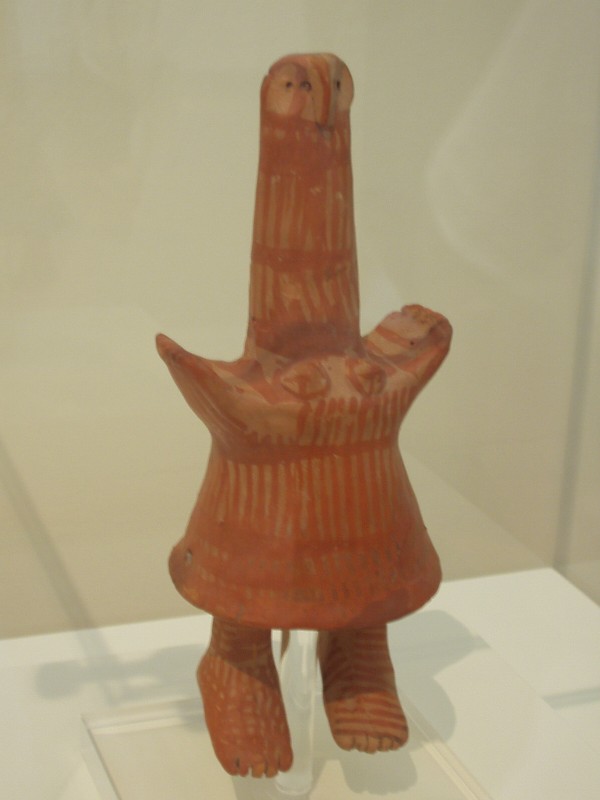 One of the major events held in Greece-Athens in the recent years has been the Summer Olympic Games of 2004. It was an event where 10.625 athletes competed from 201 different counties. The moto of the games was “Welcome Home” to remind that the olympic games originated from Ancient Greece. I still remember the great opening which I watched on television with my parents, and the pride I felt for being part Greek (the other part being belgian). Everybody was talking about it, and even people with little interest in sports had something to say about it.

The mascots used were Phebos & Athena (Φοίβος και Αθηνά), which were based on a clay model of a daidala type which can be seen at the Archeological Museum of Athens. They represent “participation, brotherhood, equality, cooperation, fair play [and] the everlasting Greek value of human scale.” They have since then been associated with the Olympic Games and for the whole summer of 2004 we could find them everywhere and buy our own souvenir of the major event which was taking place in our country.

The opening was my favourite part. It was organized by the avant-garde choreorgrapher Dimitris Papaioannou. To me, everything seemed perfect. In my previous article I explained a lot about the history and the importance of the Olympic Games. In the big opening, evry detail was set to remind us of that, by combining the modern and ancient history, cultural heritage of Greece. It began with a twenty eight (the number of the Olympiads up to then) second countdown paced by the sounds of an amplified heartbeat. Greece’s national instrument, the bouzouki, was the center of the musical part. A particular interest was drawn to the mythological aspect of the olympic games by accentuating the country’s diverse landscape. I have added a youtube link of the opening, because I think that it is really worth watching: https://www.youtube.com/watch?v=BPMkeidoha

Many medals were won, and even records were broken. One particular sportsman that made a great impression was Michael Phelps who won 8 medals (including a record 6 gold and 2 bronze), becoming the first athlete to win 8 medals in the Olympics.

The fact that the event was held in Greece helped as to spread awareness of the history of the Olympic Games. One particularity was that the Marathon was held on the same route as the 1896 games, beginning in the site of the Battle of Marathon to the Panathinaiko Stadium in Athens.

As with every country that has hosted the Olympic Games, many new infrastructures were built to assure the event. The Olympic Stadium, the airport, the olympic village of Athens are some of those infrastructures that the Games left Greece.

Now, we could argue whether the event benefited or not the Greek economy, but what I want to remind about it was the feeling of excitement, of happyness that it provided by simply assembling so many different countries for some days. The importance of the games shall always reside in my memory.