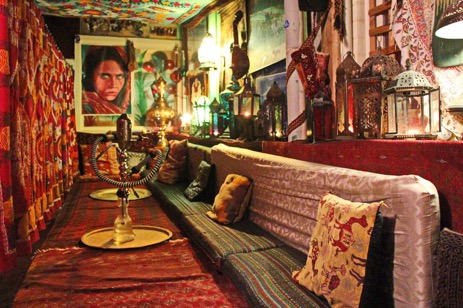 Recently, I participated in a huge cultural conference held by the Ministry of Cultural Affairs in Kabul, coordinated by various artisans across Afghanistan. This is orchestrated to value to the craft of rug weavers who represent the country’s cultural heritage through their work. Afghanistan has been famous for its elaborate rugs, which have been quite popular in both local and international markets too, namely China and Dubai.

National craft represents the country’s essence in an accurate manner, and also portrays Afghan history to the rest of the world. Artisans usually represent their feelings and emotions through their craft. For example, the cold war affected Afghan craftsmen, who draw symbols onto their rugs, to represent an Anti-Soviet resistance. Although no specific dates are attributed to the creation of these rugs, the craft is said to date back to around 300 or 400 years. Each province in Afghanistan has its own specific characteristic and design in making rugs.

UNESCO has declared the cultural importance of the Afghan rug by stating that it upholds and represents Afghanistan’s culture in an accurate manner. The functionality of the rug dates back to tribal living, wherein each tribe had to fulfill its own needs, using animal fur to create belts and rugs to give warmth. Gradually, the complexity of design began to increase, as artisans grew more and more skilled.

The rugs are not only a commodity, but also show strong devotion, hard work, efforts and the talent of the women and men crafting them collaboratively inside their homes. The elegance of these rugs is inseparably linked with Afghani culture and the flavor it brings to the fore.

According to one of craftsmen named Hassan, the artisans prepare the best piecees that reflect identity, and pass on these marvels from generation to generation. Afghanistan is not a rich state, but its residents have big hearts, and do not hesitate to gift these luxurious rugs as legacies to friendships and marital relationships. The most unique gift has been the post-conflict rug from 1984, which was gifted to the UNESCO office in Afghanistan as a souvenir.

Cultural assets are thus symbolic of the emotions that a culture brings to the table as well. The rugs also find use in homes, as decorative pieces. In my home too, rugs and elaborate pillows adorn guest rooms. Our guests were always amazed at the vivid colors that covered our home. They bring a deep internal resonance in me for Afghanistan’s rich cultural past.

It always makes me proud  to use these rugs not only as commodity, but also as beautiful facet of our culture.

GoUNESCO is attending the 19th ICOMOS General Assembly in India