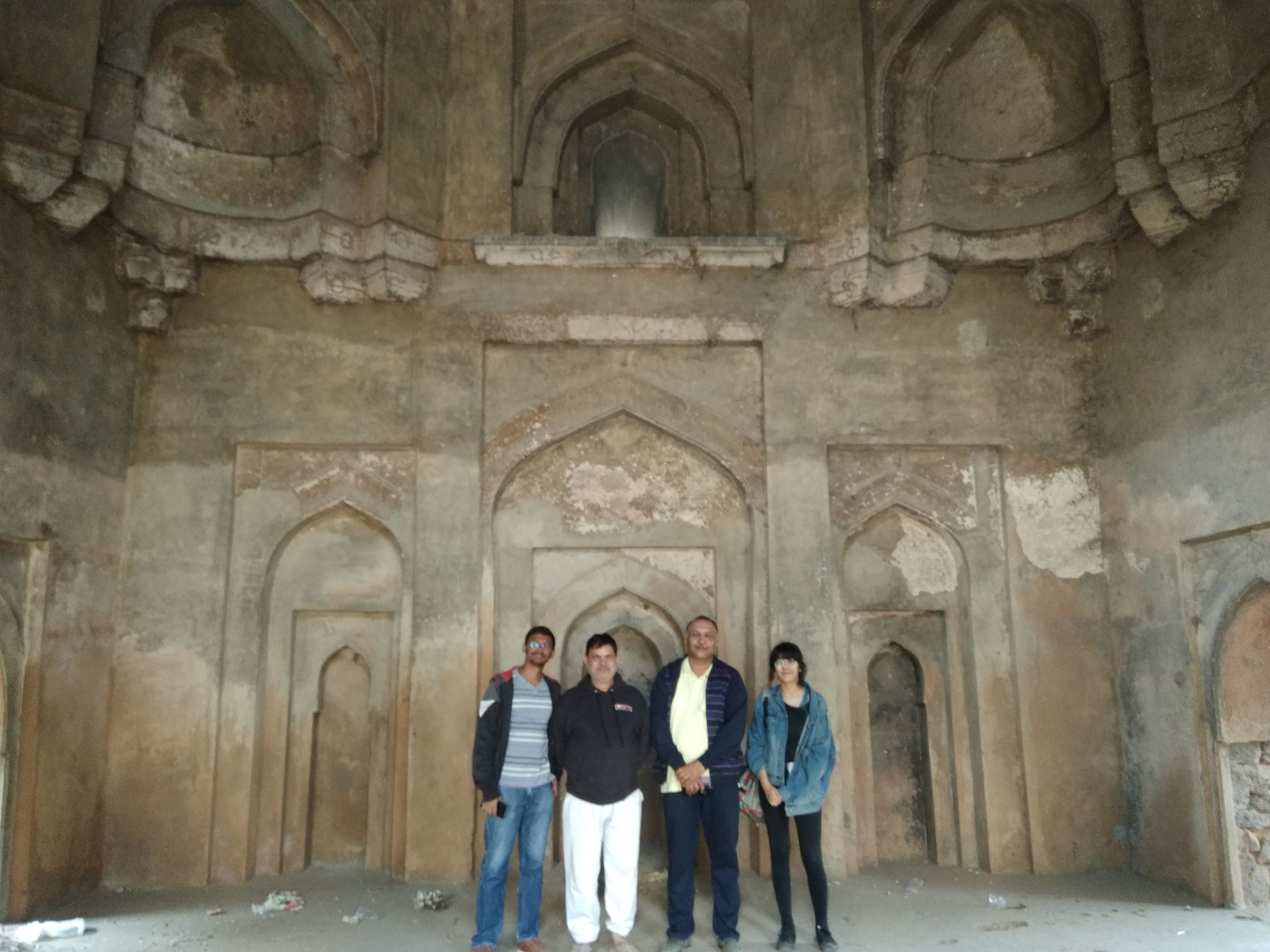 Shahpur Jat is a village in the heart of Delhi that has mastered the art of hiding in plain sight. We got a chance to uncover it – but not without some real help

It’s hard to imagine how different a single day can end up being like.

Last Sunday, I spent a great part of my day at the historical Shahpur Jat. I wasn’t alone. Joined by two other heritage and art enthusiasts, I discovered this urban village, located well within one of the ancient capital cities of Delhi, Siri Fort.

Shahpur Jat is located quite close to where I spent a better part of my childhood. In fact, I attended kindergarten there. But post that, I hadn’t visited the place in ages save for a quick jaunt around the time my brother was getting married. The only thing I knew about the place was it used to be a part of a some fort hundreds of years ago. Shahpur Jat is littered with remains of the old fort and forgotten monuments.

I reached our rendezvous point and it became apparent that I was a part of a heritage walk. The older gentlemen, who accompanied us, were guiding us through narrow streets that were bustling with activity.

These older gentlemen, much to my surprise, were descendants of the Dagar caste, who were residents of the area before the Powars migrated to this village. Of course, these families have been living in the area for generations. They were primarily farmers, and both have seen Shahpur Jat transform from farmland, to a residential area that hosted the Asiad Games Village in 1982.

Mr. Naresh Dagar along with Mr. Rajesh Pawar, descendants of families that lived and migrated to this area, showed us parts of the old fort that have since been swallowed by the gaping maw that is “civilization”. Tucked amid tiny shops and garment stores were buildings (or at least sections of them) that have seen the fall of the Mughals, the rule of the British and India’s subsequent tryst with destiny. There seemed to be one notable place popping up every few minutes.

Almost each ruin reflected an aura of power. They are hidden among the tall residential flats, but they had more character than the soulless buildings that surrounded it.

What I do remember vividly though, are the people living there.

The place is inundated with people living amid history. Most seemed content to have a roof over their head and electricity when they turned on a switch. Many had emigrated to the place looking for a new start. Some found jobs, others found love.

As we moved from building to building, it became quite apparent to me that Shahpur Jat was bursting at the seams. Buildings seemed to be stacked upon each other like Tetris blocks with nooks and crannies that connected multiple homes with each other. Many houses seemed lopsided, a side effect I suppose, of making a building/room in a space that just so happened to be empty.

I wondered (as did my friends) about how safe all this was. A fire or any other natural disaster would be enough for many buildings to join the ruins they are built upon. Poetic, in a macabre sort of way.

None of these seemed to matter to those families.

Throughout the entire walk, We always ended up asking the same question to all — “what’s the future going to be like for Shahpur Jat?”. This resulted in the same sad yet confused expression by all. Our guides, as well as many others we came across, are adamant that they will never leave. No matter what happens.

What their children might choose to do, is another story.

Towards the end of our walk, our guides decide to show us exactly what lies in the future. With a mischievous glint in their eye, they lead us to a park where the youth were playing cricket.

I figured that they were going to tell us that the children are the future. A fair point, albeit a bit clichéd.

Nope, I was wrong.

“Our future lies beyond this park,” he tells us pointing to a cremation ground that is barely visible behind the trees. They go on to explain how they did their part in educating their children and ensure that they get blue-collar jobs. However, they will remain here till the end of their time.

Then they share a laugh, as we looked at each other. Thoroughly confused, yet completely satisfied with what this unassuming heritage walk turned out to be.

A Tale of Mysore Silk

GoUNESCO is attending the 19th ICOMOS General Assembly in India