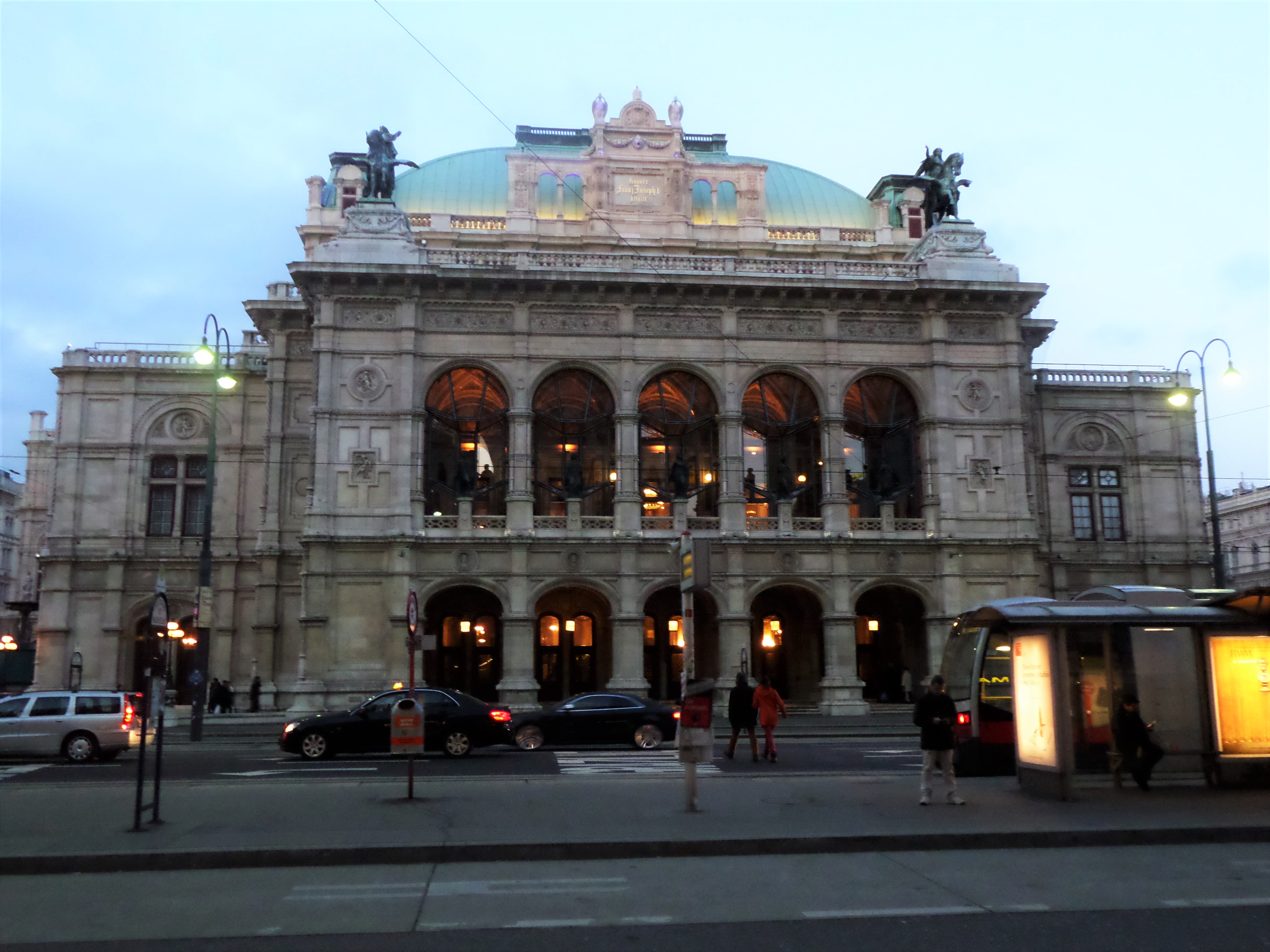 Entering the audience means leaving the lively excitement of the foyer behind and immersing into the unique atmosphere of the classical music. Slowly, also other guests come and take their places which in many cases were booked in a great advance. An absorbing mixture of perfumes in the air matches the elegance of the place. The concert hall is huge, spacious and, meanwhile, far from overwhelming. Red upholstery on the seats creates a royal set with the golden decoration, which together with enormous crystal chandeliers are only an aesthetic supplement to what in few minutes will happen on a modest wooden stage.

Places are taken, friendly chatting is getting weaker, and ushers prepare to close the door. Lights are dimmed, but not completely turned off, from now on, prevails the silence. A moment of impatient glance at the other viewers and, suddenly, the hall fills up with a welcoming applause. Musicians enter the stage. Beautiful, elegant, smiling, each of them holds their instruments, each of them takes the fixed place. They do not hurry. When the last member of the orchestra settles in his corner, the silence comes again. But not for long, in less than a minute the applause gets stronger than before, all the musicians stand up and with quick confident steps enters a conductor. In the moment when he climbs his little platform, the audience is sure that the concert is sooner than ever before. Wand is up, the music begins.

The capital of Austria is a world recognized symbol of a classical music. It is an unquestionable and exemplary exponent of a strong and truly significant intangible cultural heritage, which represents the long preserved values of the whole region and its community. Vienna earned this honorable reputation through hundreds of years of cultivating and developing traditions associated with classical music. Pieces displayed on the stage of Vienna State Opera and concerts of the Vienna Philharmonic are prime example of extremely dynamic tourist attractions and, at the same, old and distinguished form of art which since the XVIIIth century continuously present its excellent shape.

Its traces can be found in almost every corner of the city, which every day offers at least seven classical concerts. Tickets for those can be bought either via well-known methods like Internet or box offices, or with a help of uniquely Viennese street ticket sellers. Their presence became an indispensable element of the city’s landscape. Dressed in easy-to-spot red capes they are quite a useful source of information regarding the availability of events which allow music lovers to experience a high quality classical concert. Unfortunately, they are not allowed to give video interviews. Consequently, I am only able to summarize some details of their job which seems to be quite satisfactory, taking into account that every single evening, tickets to the Vienna State Opera are completely sold out.

And these are not small numbers. The Opera’s auditorium has an impressive capacity of 2,284, which consist of 1,709 seating and 567 standing places, with additional 8 for wheelchairs and their companions. There is no rule when it comes to the nationality of the viewers. People from all over the world come to Vienna to walk through the same narrow cobbled streets as Wolfgang Amadeus Mozart and then sit in the majestic concert hall while listening to one of his lively operas.

Indeed, it is Mozart along with Johan Strauss who still happen to be the two most anticipated composers. Nevertheless, the memory of the two other representatives of the First Viennese School, Joseph Haydn and Ludwig van Beethoven, cannot be underestimated. One can also add such names as Franz Schubert, Anton Bruckner, Johannes Brahms or Gustav Mahler and the idea of Vienna being the world’s center of classical music does not need a further explanation.

Asked which of the numerous concerts would be the most popular, my interviewee without hesitation pointed to the New Year’s Concert by the Vienna Philharmonic. Wiener Philharmoniker, as it is called in German, belongs to the elite list of five best orchestras of the world. Established in 1842 by Otto Nicolai, nowadays has its headquarters in a famous Musikverein and its members are recruited from the Opera. Since 1933 The Vienna Philharmonic does not have a constant conductor. Instead, it regularly hosts recognized guests from all over the world. The second annual, widely broadcasted concert and already symbolic event played by the philharmonic is its Schönbrunn Summer Night Concert.

Soon Vienna will be also a setting for the yearly OsterKlang festival, which takes place every Easter. Citizens and their guests can celebrate this important Catholic holiday with the harmonious pieces of such great authors like Johan Sebastian Bach.
These are only few, but primary examples of the omnipresent spirit of classical music in Vienna. The list of musical places, events or festivals would probably never finish. The most important venues for classical concerts include the State Opera, Musikverein, and Wiener Konzerthaus, not to mention a great number of churches and exceptional Viennese Concert Cafes.