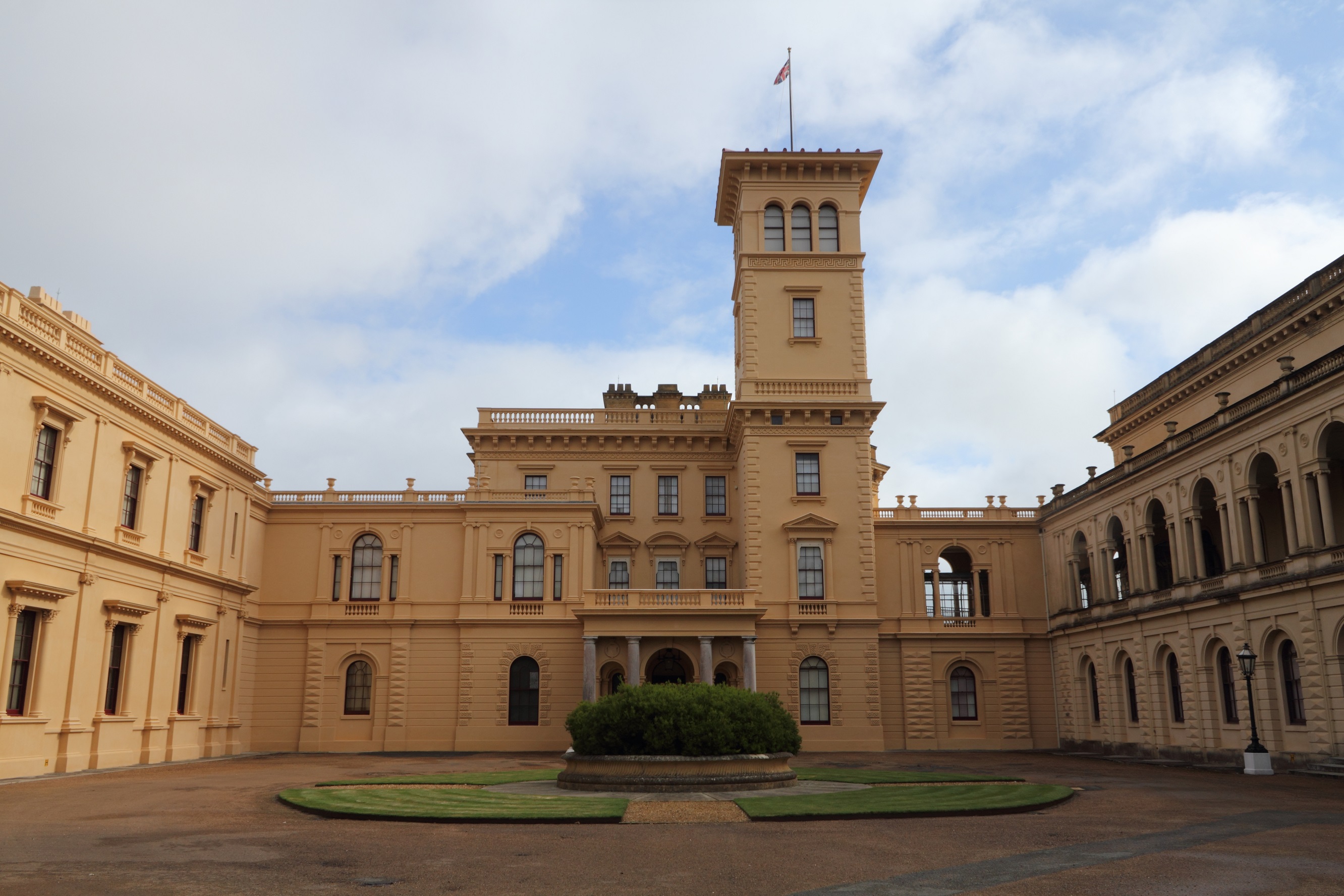 Osborne House, located on the Isle of Wight, was a favourite retreat of Queen Victoria when she wanted to escape the hustle and bustle of court life. She and her husband Prince Albert built the house between 1845 and 1851, which was regularly visited by them and their nine children. When the Queen died in 1901, the house was given to the state. It is now run by English Heritage, an organization which manages over 400 sites across England including Hadrian’s Wall, Dover Castle and Stonehenge. Many locals use the extensive grounds for walks and hikes, and dogs are encouraged. Queen Victoria herself loved dogs, and you can find a number of dog statues both outside on the grounds and inside the house.

The House is huge and has a number of highlights which tell the story of a long life. The story of a young and growing royal family can be seen through the toys in the nursery, the elaborate bassinets, and tiny carved chairs arranged around a small table. The extensive number of family portraits throughout the House are a testament to the growth of the family, as the children married into an almost ever royal dynasty in Europe. Evidence of Queen Victoria’s later life and declining health is also on display. There is an operating lift, used when the Queen became too old to climb the stairs. The room in which Queen Victoria died is open to the public, and close observers can see that she slept with sheets which commemorated her Diamond Jubilee, embroidered with ‘1837-1897’. A huge plaque to the monarch now stands at the head of the bed, placed there by her children.

Outside you can also find a few surprises. I had always wanted to see the Swiss Cottage, the ‘play house’ of the royal children. I was surprised to find that the Cottage was not, as I expected, a small hut. It is in fact, a sizeable two storey house, complete with its own kitchen and balcony. The royal children were each given a plot of land beside the house in which they could grow fruit and vegetables to ‘sell’ to their father for pocket money. They were also taught to cook in the Cottage, and it was said that when the daughters grew up and married many were surprised that princesses had been taught how to bake. The royal children were also encouraged to collect and display objects such as taxidermy animals, stones and fossils, and weapons. Eventually, this collection grew so big that a separate ‘museum’ building was created, and can be viewed. 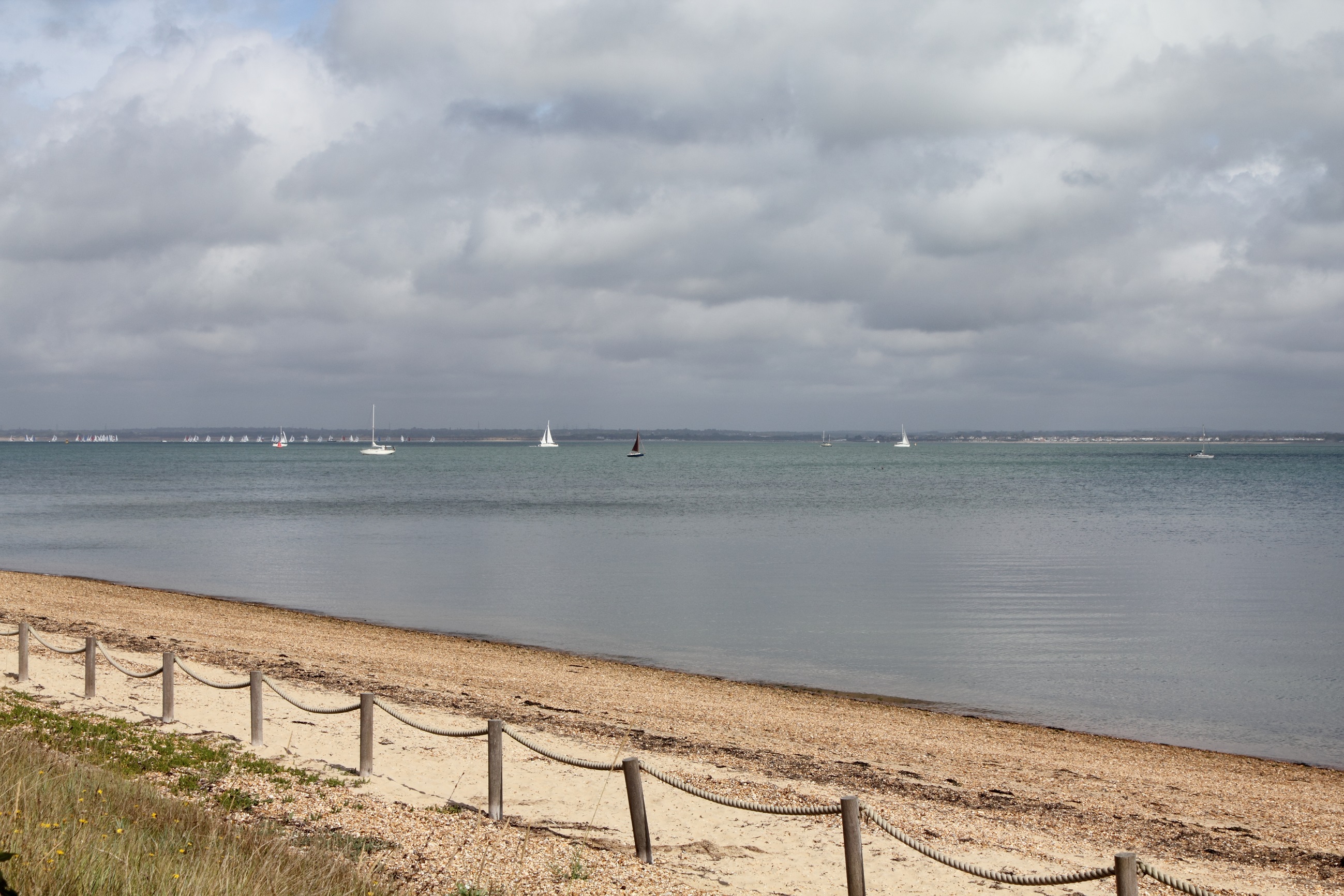 Being so close to the sea, Osborne House naturally has access to the beach. A path lined by the trees planted by Prince Albert leads you to a private beach where Queen Victoria and her family spent many hours. Here you can see Queen Victoria’s ‘bathing machine’, a curious invention which allowed women to be ‘modest’ while bathing. The machine was common until the early 20th century when segregation of male and female bathing areas ended. It consists of a wooden cart on wheels with four walls and a roof. The Queen would enter it to change into her swimming outfit before the whole contraption would be wheeled into the ocean, allowing her to step out and bathe without being seen.

For those not in England, it can seem difficult to visit Osborne House. However, a few hours travel will see you enjoying the views at the beach. A train from London will take you to either Southampton, where you can take a ferry to East Cowes. For royal fans and history lovers, it is a must.

An Excursion to Bangalore Cantoment