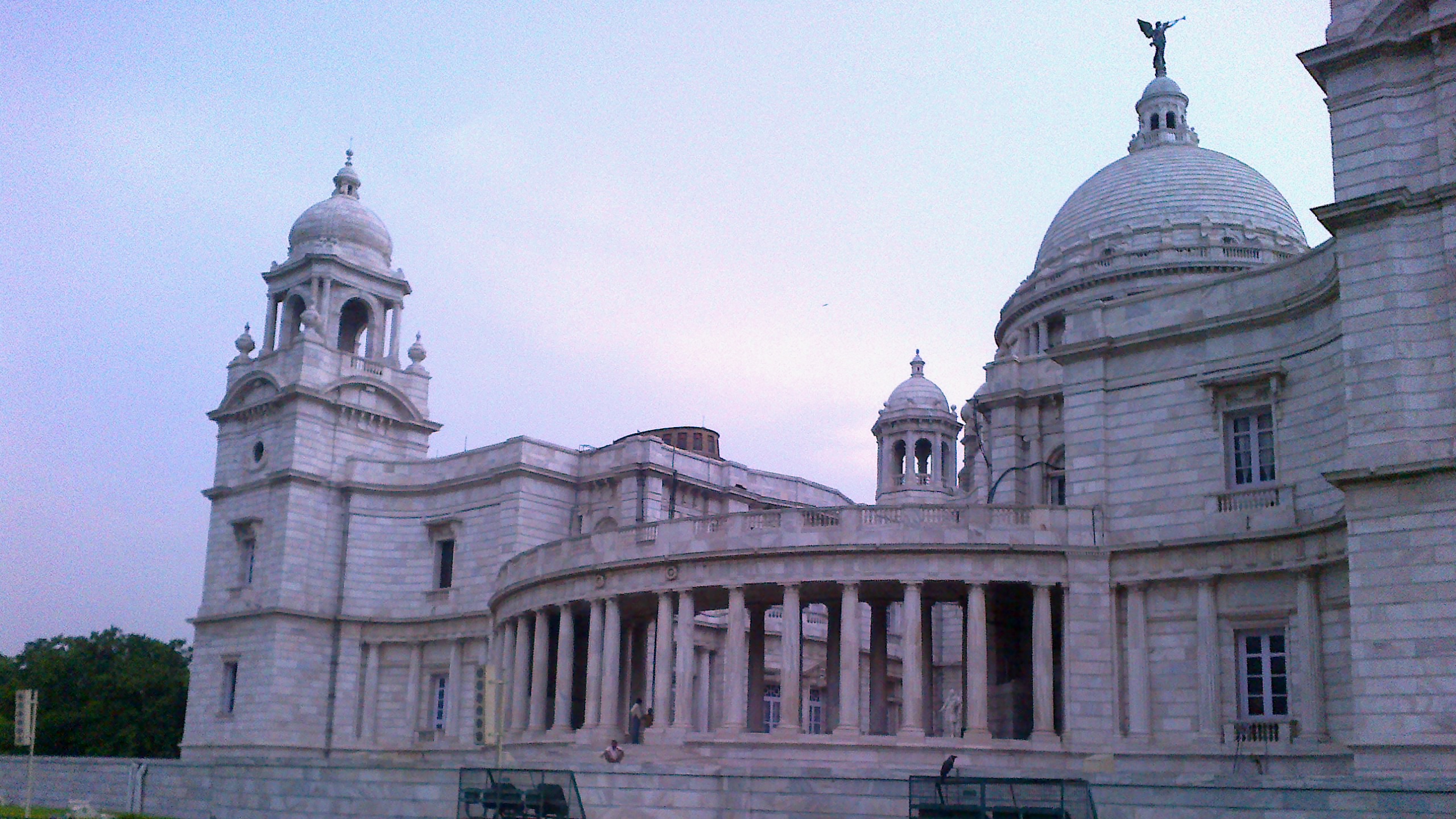 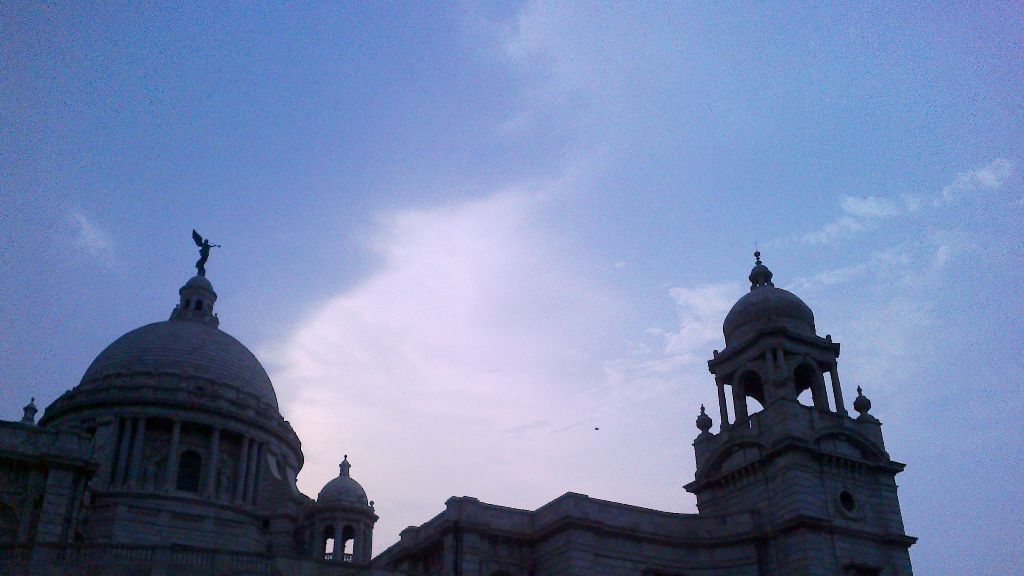 My Uncle, Aunt and cousin sister came to visit us in Kolkata for a few days last week. They live in Los Angeles and have never lived in the city, though they are Bengalis. Thus, Kolkata, mosquitoes and sweat are almost synonymous in their minds and their collective sigh when they land from the airport are as even as their California tans. However, my uncle- Dips also is born with a sarcastic tongue and I can never quite understand if he keeps complaining just to make me get fed up! Hence, I decided to venture out and experiment on them with the biggest and apparently most clean landmark of this city-the Victoria Memorial. I myself, born and brought up in Kolkata had never visited the place more than once before. It was a case of-its at home, so I’ll look it up tomorrow and the tomorrow never came.

Opportunity came only after a rather tiring day of visiting a relative. Most of the comments they receive when they visit are the collective “oohs” and “aahs” about how much or little their visual outlook has changed. This Aunt in particular, told me how I had grown up. I replied that she had seen me just a month ago and was maybe confusing me with my sister-Srishti. After the usual bengali feast of luuchi and chholar daal we decided to drop by at the Victoria Memorial. Upon entering the place we are usually led to the rather huge Lion-statuettes. It was late noon and we hurried inside thinking we could be late. The view of the bronze statue of  Victoria is the first thing you see. My sister commented that the Queen must have fallen asleep while posing, hence the tired expression. 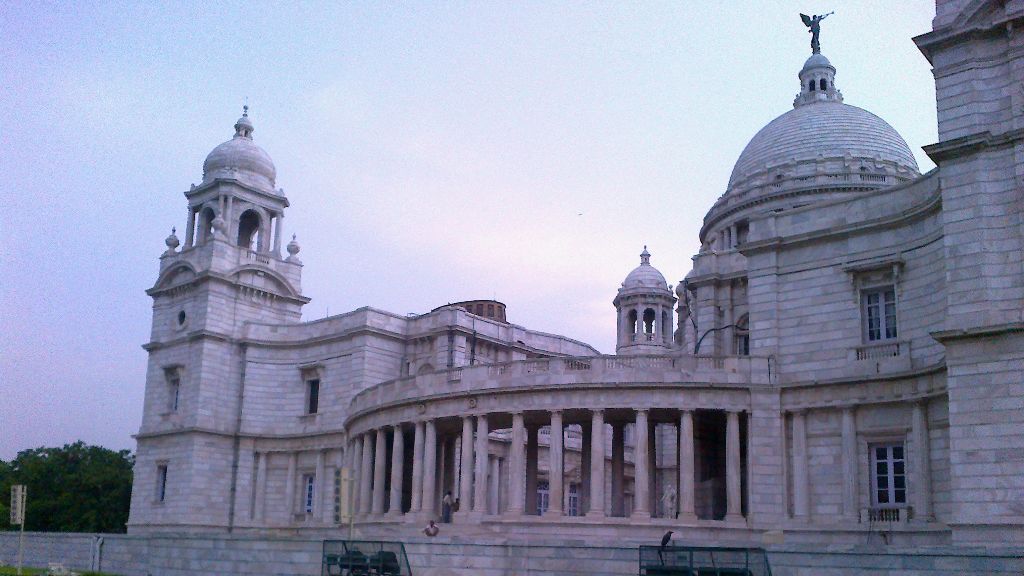 The huge structure has characteristic of over-powering us, minion-like humans. We were not greatly different in effect.  Each one of us almost got blinded by the white marble. The party continued on inside. There is an amazing museum inside the building showing various artifacts from the era of the British Raj. There are beautiful paintings of the old countryside by renowned Victorian painters. There are also many immaculate and magnificent marble statues of various Viceroys and even more good-looking people inside the halls . I say good-looking because western marble sculpting has a method of making  even the most brutish and ugly people look surprisingly stoic and noble.

The entire campus is huge and is almost too vast to cover in one day, especially if you arrived late. We found the vast greens and lakes around the main structure beautiful and energizing. We sat by the lawn and nibbled on peanuts. The sun was starting to set and we ended up watching a beautiful red sky slowly turn black as the night stole the colors from the sky. There is not much activity going around the Victoria Memorial but that is how it should be . There is a serene quietness around the place which fulfills its purpose of being a memorial of a past ruler. Finally, the guards came out and urged us to leave. Dips started to remind me if we could sneak in spend the night here, would we see Victoria’s ghost haunt us? We abstained from that idea and proceeded to leave. I remembered that I would have to take a #gounescoselfie. However, the wind decided to not let me. My hair went haywire and started reminiscing Edward Scissorhands while Dips got a shot in front of the Lion Statuettes. I posted the pic on my Avatar where my hair looks comparatively sane. The smile on my face represents the feeling of that day. It is a heritage site which one should visit because it combines the past and the present. 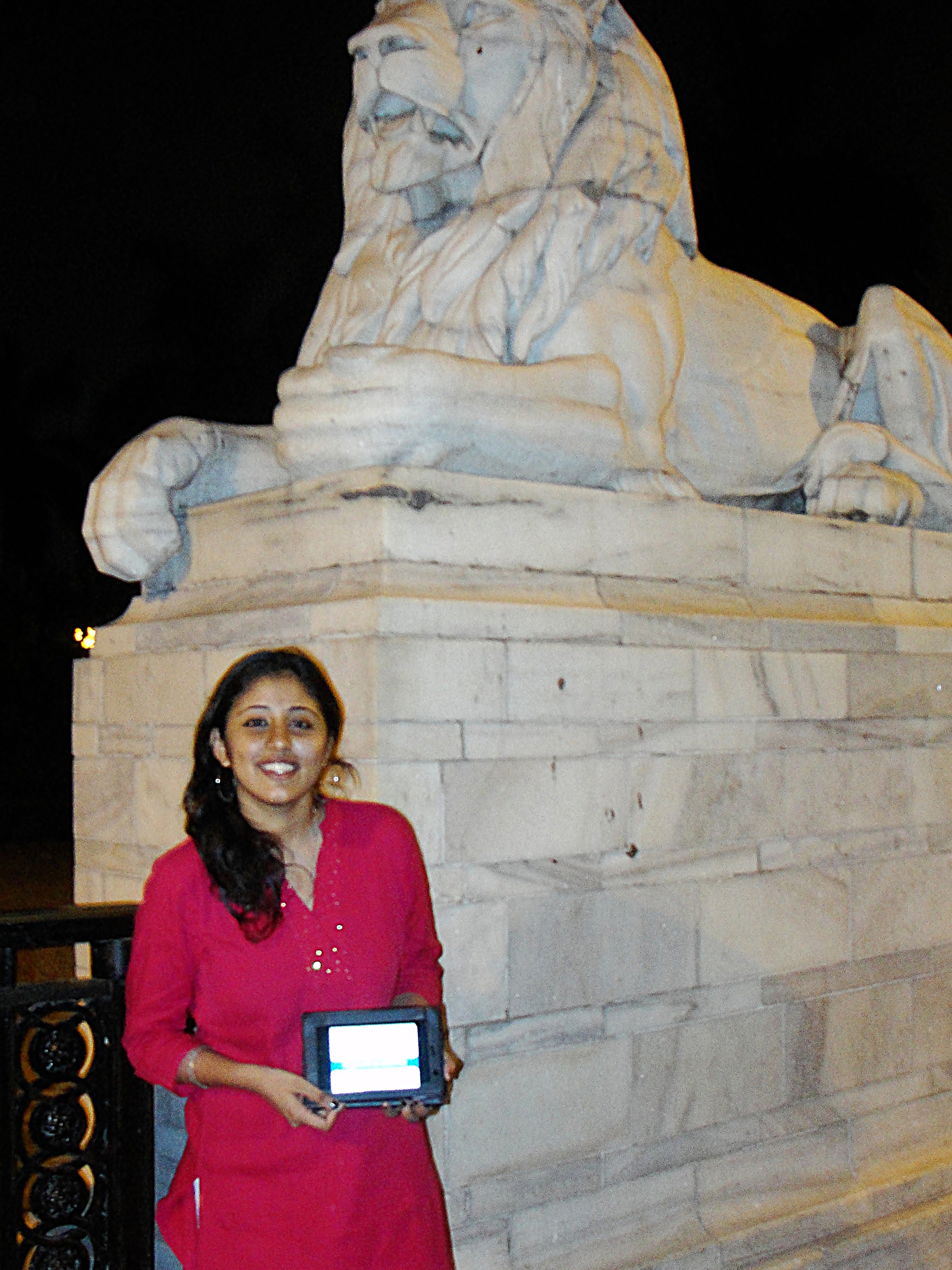 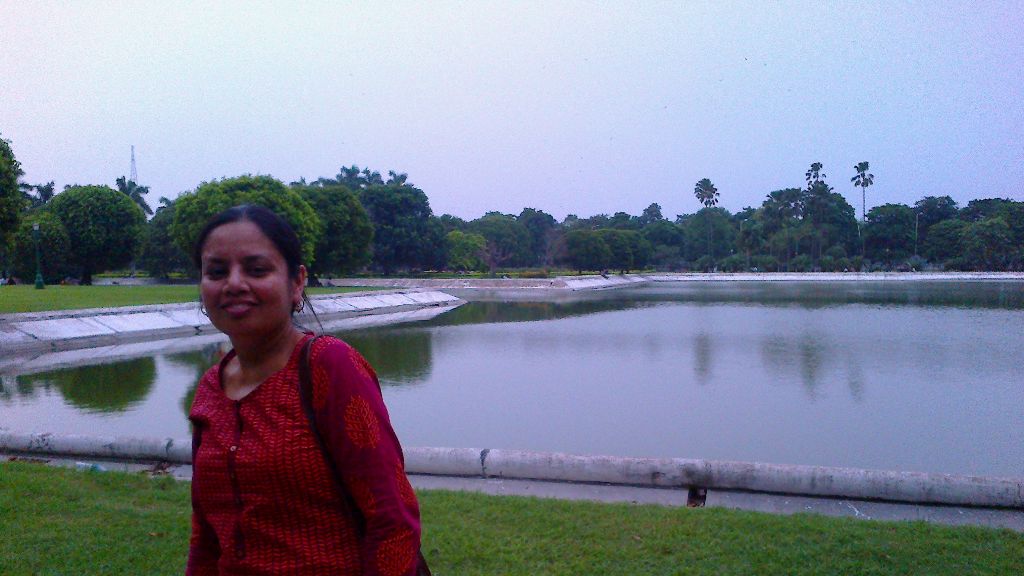 A visit to the Taj mahal palace