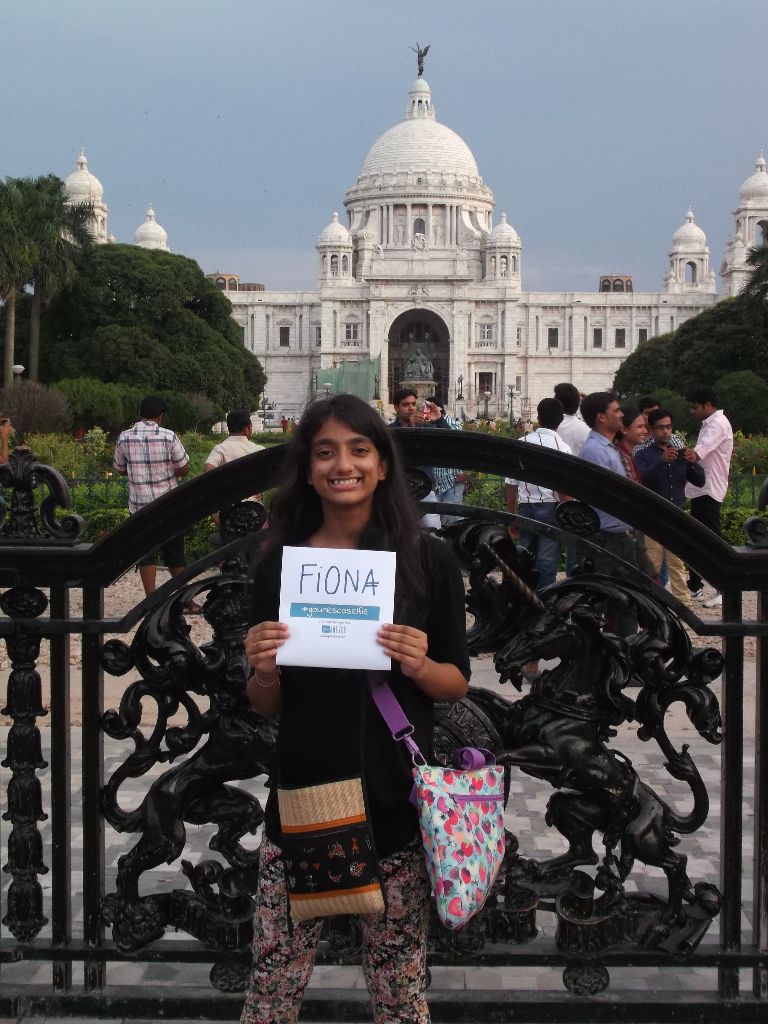 After dropping into the Oxford bookstore on Park Street to review some Bengali textbooks (my mother teaches Bengali at Sir John Cass Elementary School, London), we walked down (a long way) to Victoria Memorial past St. Paul’s Cathedral and the Planetarium. It was a mildly sultry, not-so-hot, surprisingly pleasant day.

The first thing one sees of the Victoria Memorial Hall, without exception, is the Angel of Victory—a 16 foot tall figure mounted on the summit of the dome of the monument—visible over a canopy of green trees. The monument itself is 338 feet by 228 feet, with a height of 184 feet (yes, it’s very big) and sprawling gardens covering 64 acres of land. The gardens have beautiful variety of flora and are adorned with statues of Queen Victoria, Viceroys of India like Clive, Wellesley, Dalhousie, Hastings and Cornwallis, and other dignitaries – including an Edward VII memorial arch.

On the death of Queen Victoria in 1901, Lord Curzon (the then Viceroy of India) commissioned the construction of the monument and its surrounding grounds, which are located on the Maidan grounds, on the banks of the Hooghly river ( a distributary of the River Ganga) in Kolkata. The architect responsible for the design and construction of the monument was William Emerson, the then president of The Royal Institute of British Architects.

He adopted the Indo-Saracenic revivalist style for the Victoria Memorial Hall, which incorporates British and Mughal as well as Venetian, Islamic, Egyptian and Deccani architectural styles. The Hall is built out of white Makrana marble and it is for this reason and many others (overall design, built in memory of an empress, etc.), that it partially resembles the TajMahal in Agra.

The Prince of Wales (who later became King George V) laid the foundation stone of the monument on January 4th, 1906, but the monument was only opened to the public in 1921. Today, it stands as a prominent heritage site in Kolkata, a popular tourist destination and houses a museum within its premises. It contains a total of 25 galleries including the royal gallery, the sculpture gallery, the portrait gallery and, the newest addition, the Calcutta gallery. The galleries have a collection of priceless artifacts and works of art of both British and Indian origin.

The Victoria Memorial is beautiful to behold, especially in the evening.

If you happen to be in Kolkata and also happen to be visiting the Victoria, you could take a casual stroll around the grounds, or snack on some local fare outside, or even take a ride in a horse-drawn carriage that looks like it was extracted from the 17th century (very popular and unusually expensive, also I hope that’s the right century).

A tale of Times: Kazan Kremlin