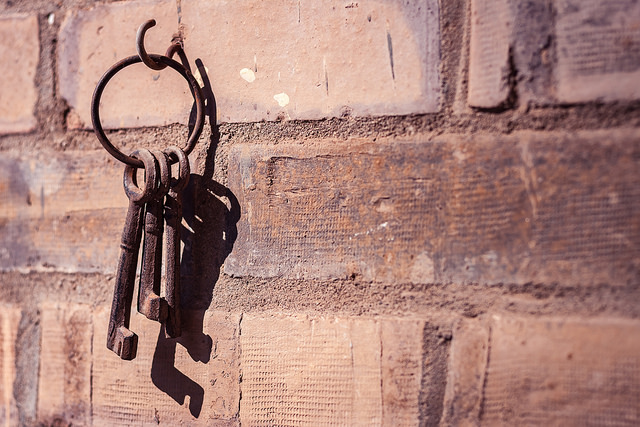 The practice of lock manufacturing in Aligarh started about 125 years ago.

Before the 18th century, it was known by the name ‘Kol or Koli’. The city  is famous for its legacy, heritage and culture. It is a commercial, educational and industrial hub in India, this city has a distinct personality due to the fusion of historical and geographical elements. It also holds the privilege of  housing the Aligarh Muslim University, which was started in 1875.

Situated in the Doab, between the lowly rivers of Ganga and Yamuna, is one of the leading industrial hubs of India having nearly 25,000 small scale and large scale industries. This city is also known as ‘City of Locks’ because the second largest lock manufacturing industry of link locks was established here in 1870. The city produces and exports different shaped and sized of locks. Lock manufacturing and export remains the lifeline of the city. The lock industry in Aligarh city mainly comes under small scale and cottage sectors and they are made using both traditional method and modern methods.

Another famous product that can be bought in this region is Brass, as well as the famous “Aligarh Pajamas”. These dress material is lush to the touch, and is unparalleled in India. Aligarh remained as a centre for various movements that have re-shaped India.

Aligarh is well connected to the rest of the country by means of air, rail and road. The nearest airport is New Delhi, which is 130 kilometers from downtown Aligarh. The main railway station is Aligarh Junction, and connected to cities of New Delhi, Agra, Kampur, Lucknow, Benaras, Jaipar, Kolkata and Mumbai through a cluster of super fast and express trains.

By road the city is well connected to other cities through a network of National and State highways. The city has regular buses to destinations like Jaipur, Agra, Mathura, Ghaziabad, New Delhi, Lucknow and Varanasi. The city is fascinating for the phenomena it holds so distinctly in association with its identity.

Jollof Rice: From New York’s MET to many satisfied tummies