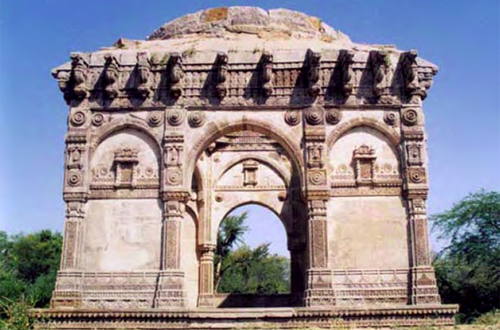 Little is written about this magnificent UNESCO World Heritage Site of Champaner- Pavagadh in India that obtained its heritage status in 2004.

Recently, it hosted the annual cultural festival, known as the Panchmahotsav festival, that took place between December 31, 2016 and  January 4, 2017 .  The festival is in its second consecutive year. While it is taking initiatives to publicize the event and encourage citizen participation, the bookings for the tent city have been slack so far.

Champaner’s history goes back to 8th Century when Vanraj Chavda founded the city in fond memory of its General Champraj and later became seat of power of Khichi Chauhan. Later in 14th century, Sultan Muhammad attacked and turned it into its capital. He shifted his crown seat from Ahmedabad to Champaner and remained the power hub of the then Gujarat for a long time.

It consists of intricate design, a fusion of Hindu and Muslim architecture. There are  monuments such as mosques, temples, granaries, tombs, wells, walls, and terraces.

Learn more about this beautiful WHS in India here.