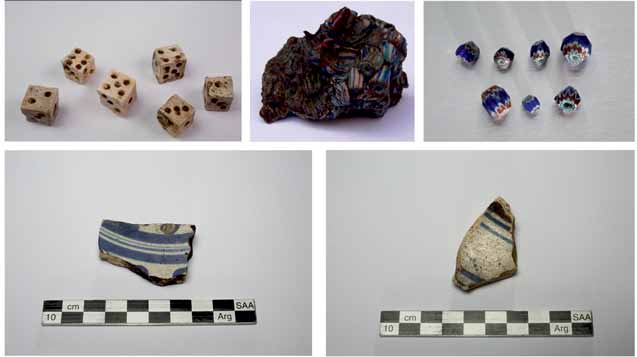 Santa Fe de la Vera Cruz, Argentina. The capital city of the province of Santa Fe is located in the North of the country near the intersection of the famous Parana and Salado rivers . Not many of us are aware that Santa Fe is home to the first Argentinean underwater archeological excavation project. This initiative has been a result of combined efforts from national specialists and organizations united to reflect a good image of the country. The educational institutions of the country in addition to cultural establishments cooperated in order to accomplish the project investing in their tools and their specialized people to succeed in underwater excavations. ( The University of Rosario, Department of Archeology from the School of Anthropology of the Faculty of Humanities and Arts; The Albenga Foundation for the Preservation of Underwater Cultural Heritage; And the Institute of American Art of the Faculty of Architecture Design and Urbanism of the University of Buenos Aires)

In 1573, foundations made by Juan de Garay (Spanish conquistador, founded a number of cities in present-day Argentina, many near the Paraná River area, including the second foundation of Buenos Aires, in 1580) were built in that area, 1/3 of it remains in the bed of the river San Javier. Due to severe floods that took place in 1660, the colonists migrated south towards Santa Fe de La Cruz. After the tragedy, remains of some of the most influential settlers homes appeared underwater in addition to the main city piazza and three churches. During the rescue missions starting in 1995, fragments of rood tiles, and pottery were saved and recovered in addition to ceramics, glass, metals and wood. The rescue campaign succeeded due to the efforts of South American students taking part of a project for the training of specialists in underwater archeology in South America covering all the activities.

Different trenches from different locations were studied in the northern section in the site’s heavy occupied area. Despite the increasing level of the San Javier River (“El Niño” phenomenon), another task was accomplished in sectors farther from the coast.

The ruins of Santa Fe La Vieja are located 80 km from the current capital of Santa Fe, located on the banks of the San Javier River, formerly called “Quiloazas River”. Dr. Agustín Zapata Gollán discovered the site and led the excavations in 1949. after 45 years of analytical studies about the city, the research gave birth to prominent information about the population and the urban traces that belongs to the Spanish concurrences.

The site has been labeled of great value since it is part of the remains of the Spanish – American cities from the XVI and XVII centuries. During the development of the project, the researchers collected information about the river’s possibilities to move archaeological outcomes, as well as the important points underwater. It also led to the study of the areas that collapsed and disappeared from the original settlements.

The success of the operations was due to the special techniques designed to work according to the very particular conditions on the site in addition to local technological innovations, moreover the participation of students and amateurs divers helped expand the experience into several domain.

Underwater Heritage in Alexandria: The Lost Palace of Cleopatra