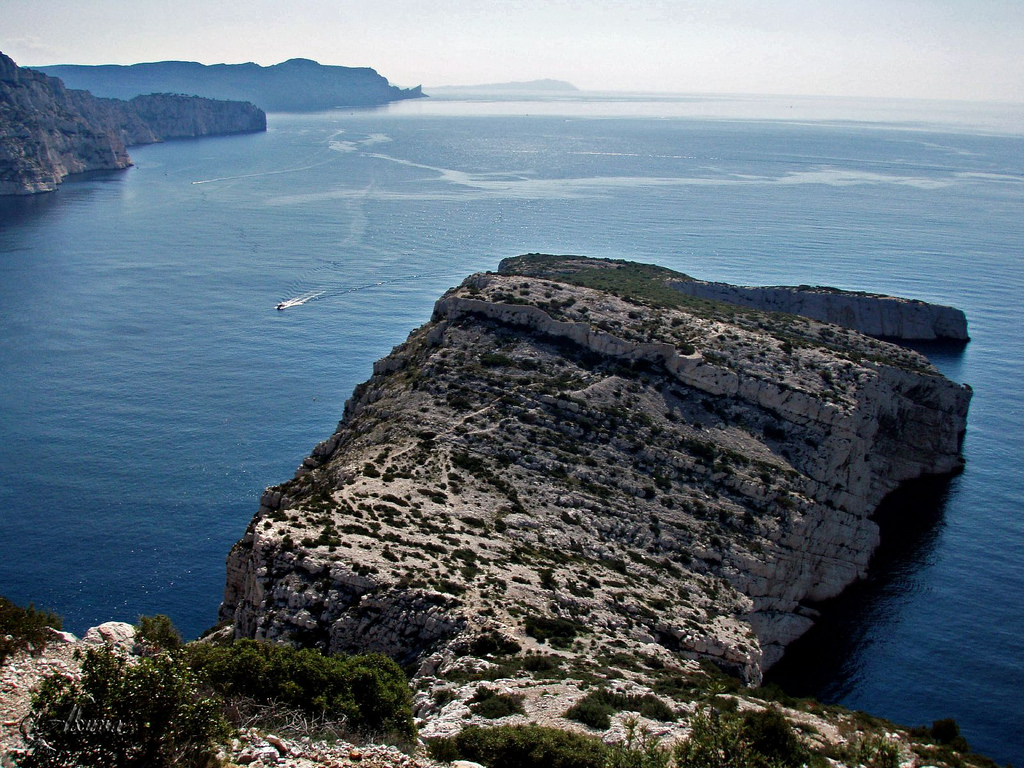 At the end of the last ice age, approximately 12,000 years ago, the sea level to rose up to 120 metres and submerged a great deal of land which had previously been inhabited by humans. Amongst this submerged land were a number of caves.

Evidence of human activity in underwater caves makes us realise how many more there could be to discover under the ocean. They also can help us reflect on how much heritage may have been lost to the ocean. The existence of human traces in these caves is tenuous, and can be easily washed away, or even stolen.

The Cosquer Cave is named after the man who discovered it, Henri Cosquer. A professional diver, he found the cave in 1985 but kept it a secret from the public until 1991.

The entrance to the cave is 37 metres below sea level, which then leads to a 175 metre long tunnel which must be navigated before divers enter the cave space. Today it is impossible to reach the cave without special diving equipment. Yet, inside there is rich evidence of human habitation. These includes stencils of human hands, as well as paintings of animals such as bison and seals.

This art is between 27,000 and 19,000 years old. At this time, the sea level was around 110 to 120 metres lower than it is today, meaning that the cave would have been dry and easily accessible to humans. Unfortunately any art which might have been present on submerged areas of the cave has been destroyed, but what remains is still rich evidence of life during the ice age.

Evidence of Fire Under the Ocean: the Fire Caves of Nanumanga, Tuvalu

In 1986, two divers in the small Pacific nation of Tuvalu decided to try and find proof of a local legend, that there was a “large house under the sea”. Eventually they found what they were looking for- the entrance to a cave, more than 40 metres underwater.

Unlike Cosquer Cave, the Fire Cave is completely submerged, and so evidence of human habitation in the cave is more subtle. Charred fragments of coral and blackened walls are evidence of fire that could have only been created by humans.

Previously, archaeologists had dated human habitation of the pacific back 6,000 years. However, the evidence of fire in the Nanumanga cave changed everything. The latest the cave could have been submerged is 8,000 years ago, dating human habitation of Tuvalu at least back that far, and challenging all previous assumptions historians had about migration across the Pacific.

Unfortunately, rising sea levels are not an ancient issue in Tuvalu. With its highest point between less than 5 metres about the sea level there is a real threat that the entire country could disappear under the waves within the next fifty years.

The cave system of Chan Hol on the Yucatain Peninsula was also filled with water when the ice age ended. The cave entrance is now 10 metres underwater, but when German cave divers explored the system and swam through 500 metres of tunnels, they found compelling evidence of previous human inhabitants- a skeleton. 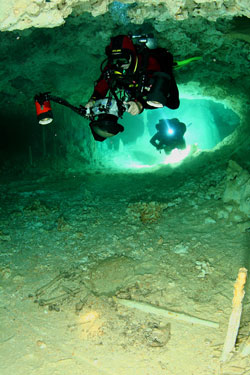 The skeleton, named the Young Man of Chan Hol, is at least 10,000 years old and one of the oldest skeletons ever found in the Americas. Significantly, his anatomical features suggested that he shared a heritage with the people of South Asia and Indonesia. This contests a previously held theory that human migration occurred across the Beringia land bridge which once connected Siberia and Alaska. The remains of elephants and giant sloths were also found in the cave, giving evidence of human eating patterns and animal migration.

Unfortunately, the difficulty in accessing the underwater caves of the Yucatan Peninsula does not automatically protect their contents from human threats. A second skeleton found in Chan Hol in 2010 which could have provided further clues about human migration to the Americas was stolen from the cave in 2012. This is not an uncommon issue on the Yucatan Coast, nor at many other underwater sites.

However, the sheer number of sites and a lack of resources means it can be difficult for authorities to protect them adequately against pillage. This is just one of the threats that the 2001 UNESCO Convention on the Protection of the Underwater Cultural Heritage is designed to address.