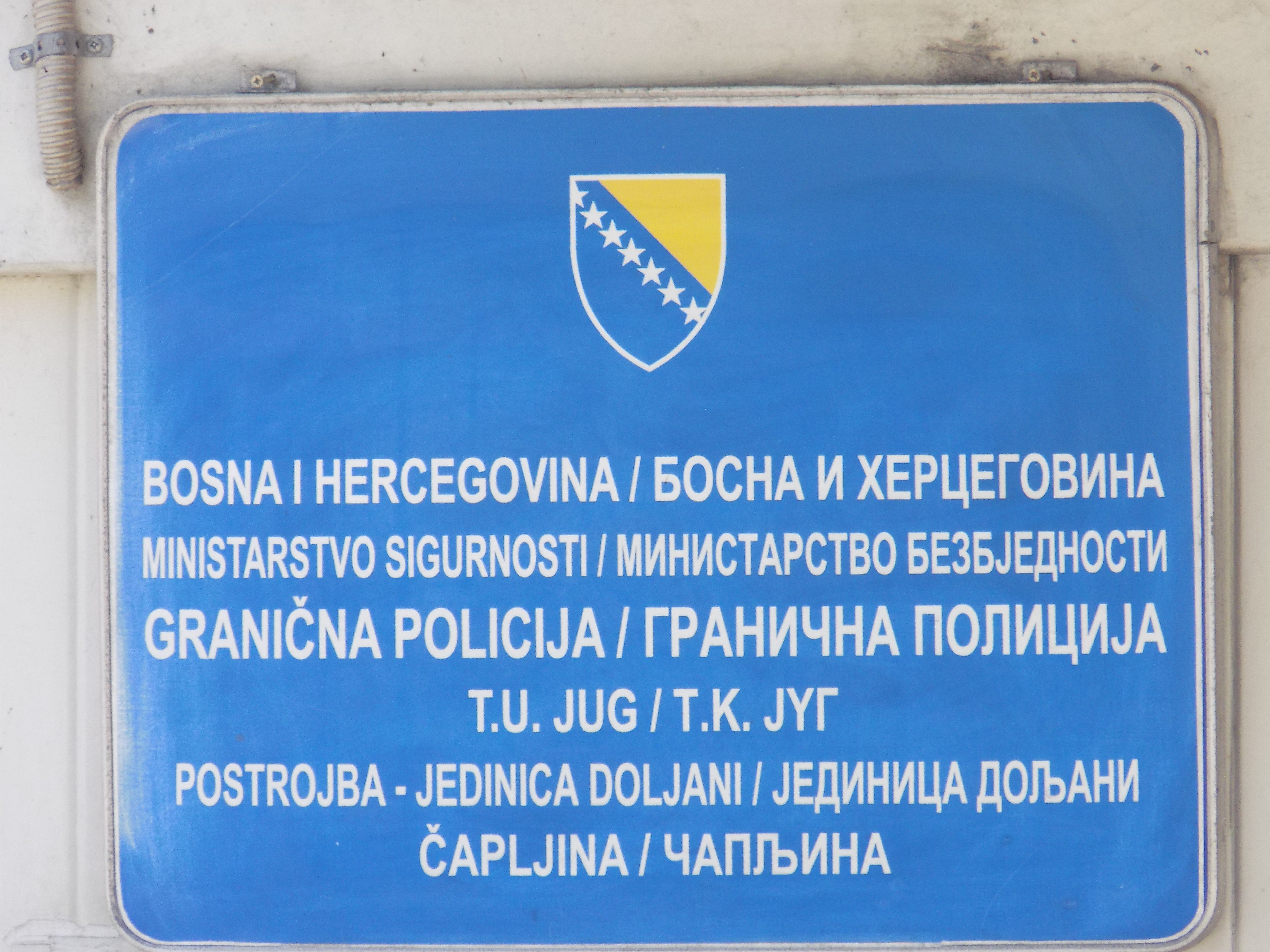 Sarajevo. I knew very little about it before going there, and the reason for this was that I like surprises. I like to leave (and live) without expectations and stereotypes, to learn on the way, and to look at things and actully see them.

My journey started in Arezzo, small province in Tuscany, Italy. My backpack was done, my sleeping bag was packed, my tickets and friend waiting for me in Prato. It’s been a long way to Sarajevo, but that’s in my opinion the best way to get there. No direct flights, no comfortable rooms in hotels or ferries. Just a pair of comfortable shoes. We only had five days to get there and come back, half of which were going to be spent on trains, ferries and buses. The sense of adventure was filling us, we were excited for that trip. We did not care for the temperature, for the delayed trains nor for the showers we didn’t know we wouldn’t take for days. We were aiming at Sarajevo, no matter what.

Half of the first day was spent chilling on the beach, in Ancona, waiting for our ferry to Split to leave. Sleeping on the deck that night seemed to us the most beautiful thing. There was a party going on and the air was full of excitement and happiness. We didn’t know if we were going to find any other happiness in Sarajevo (we tried to break the stereotypes, but succeeding in doing so was not as easy). 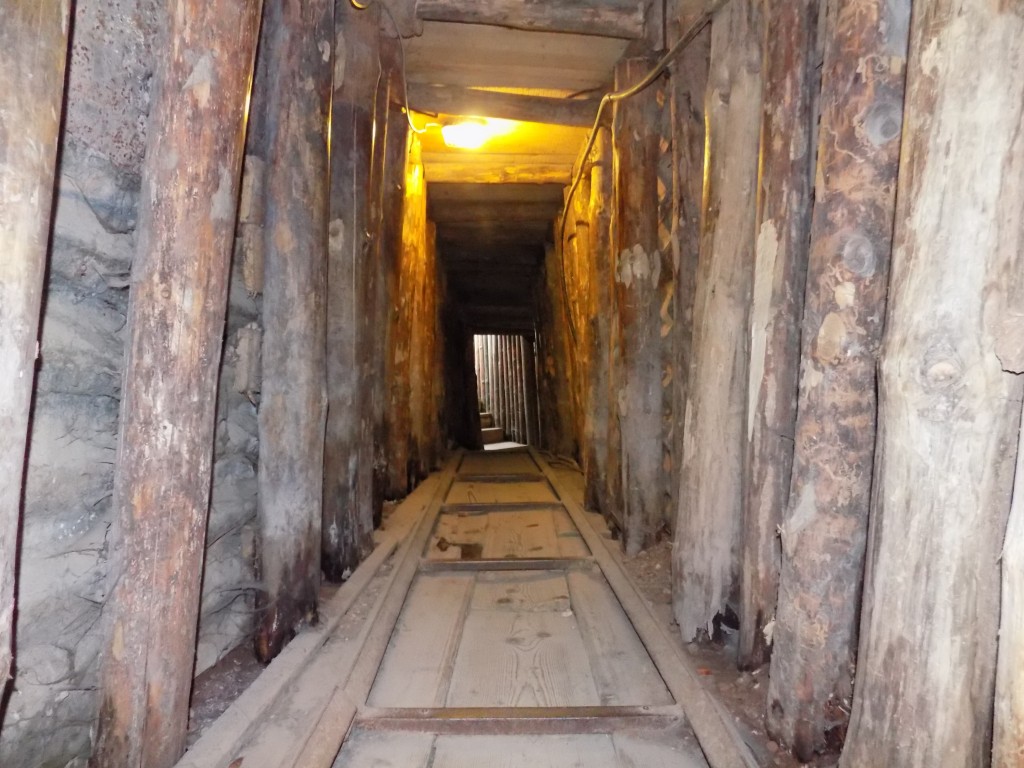 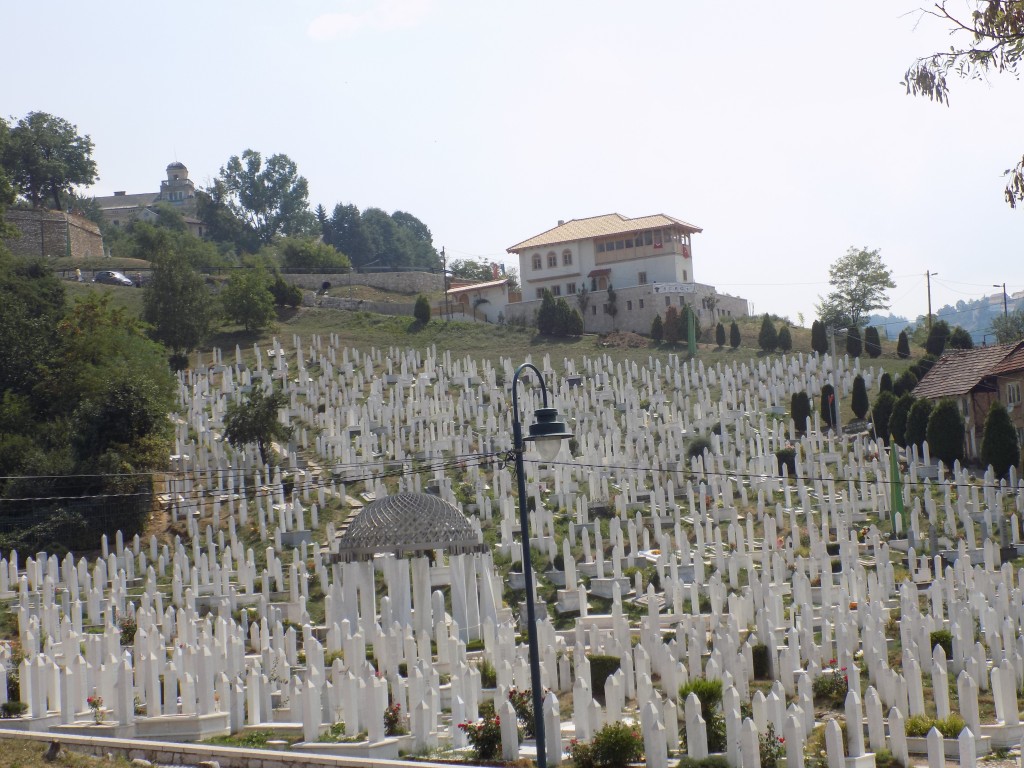 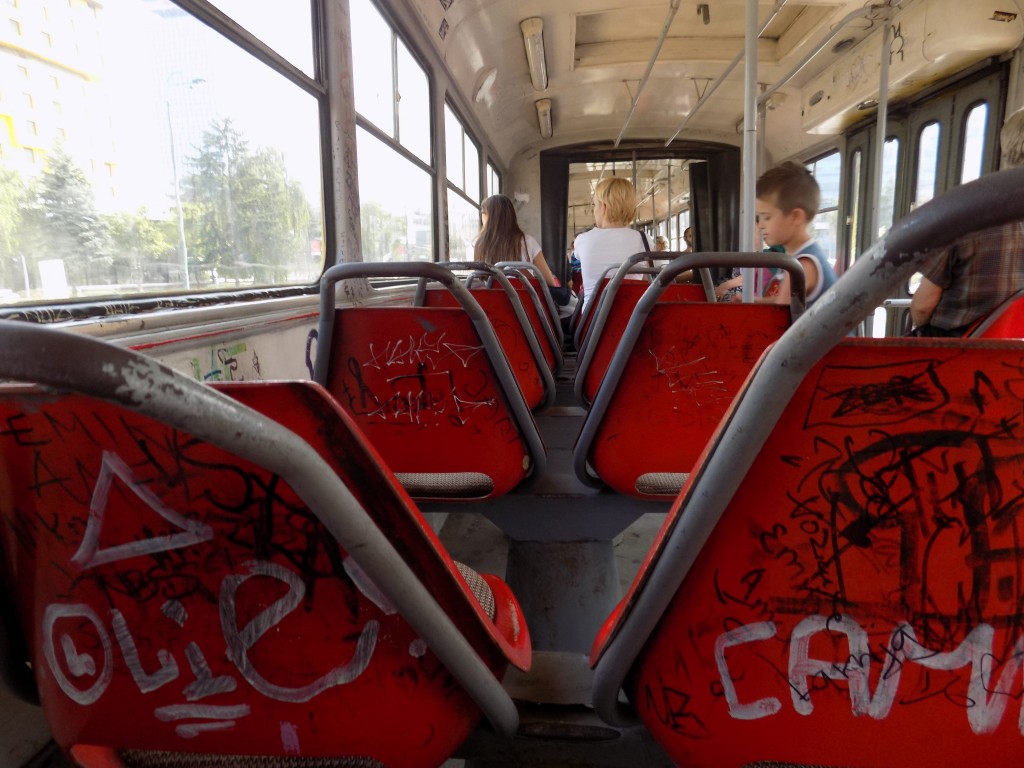 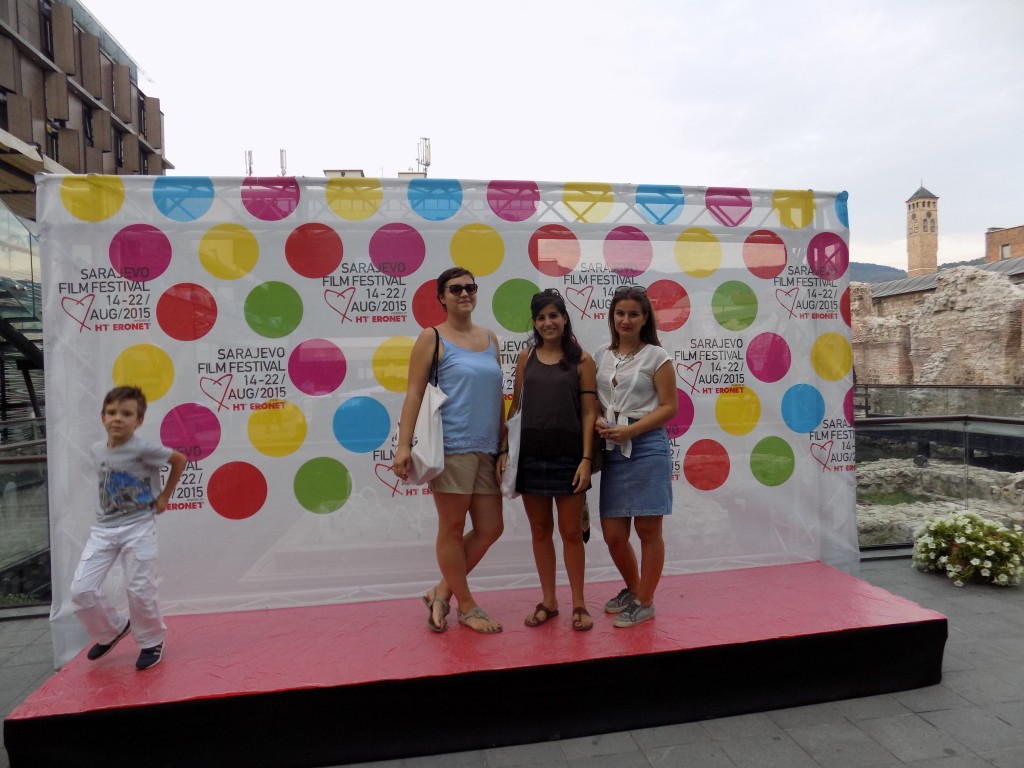 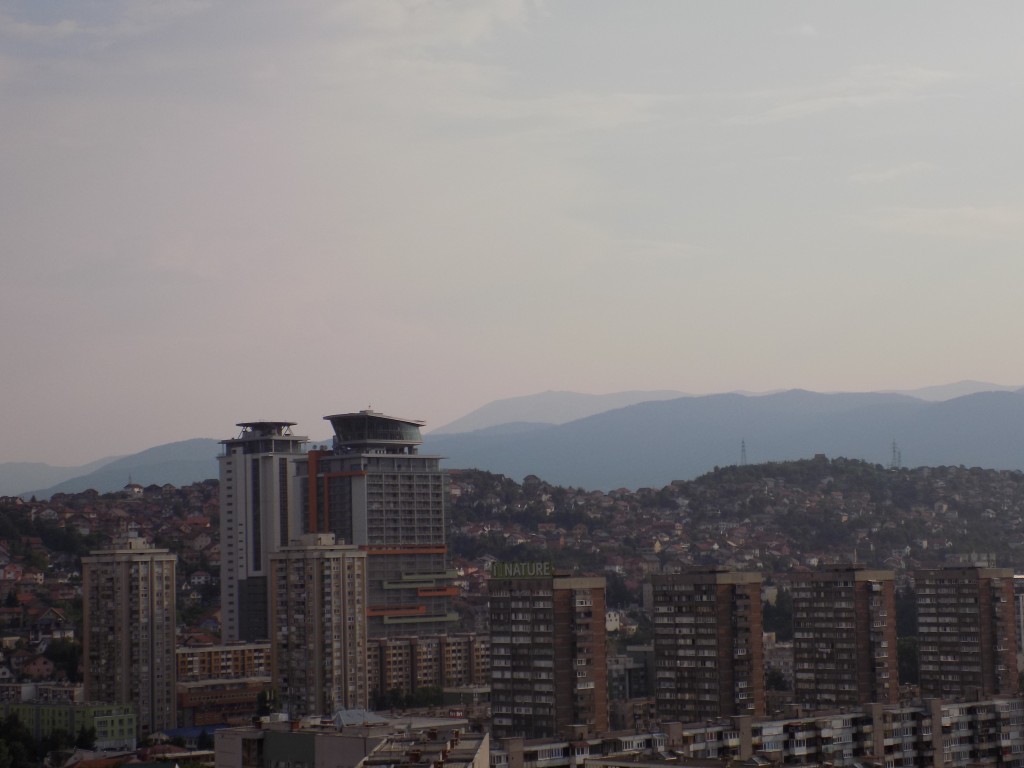 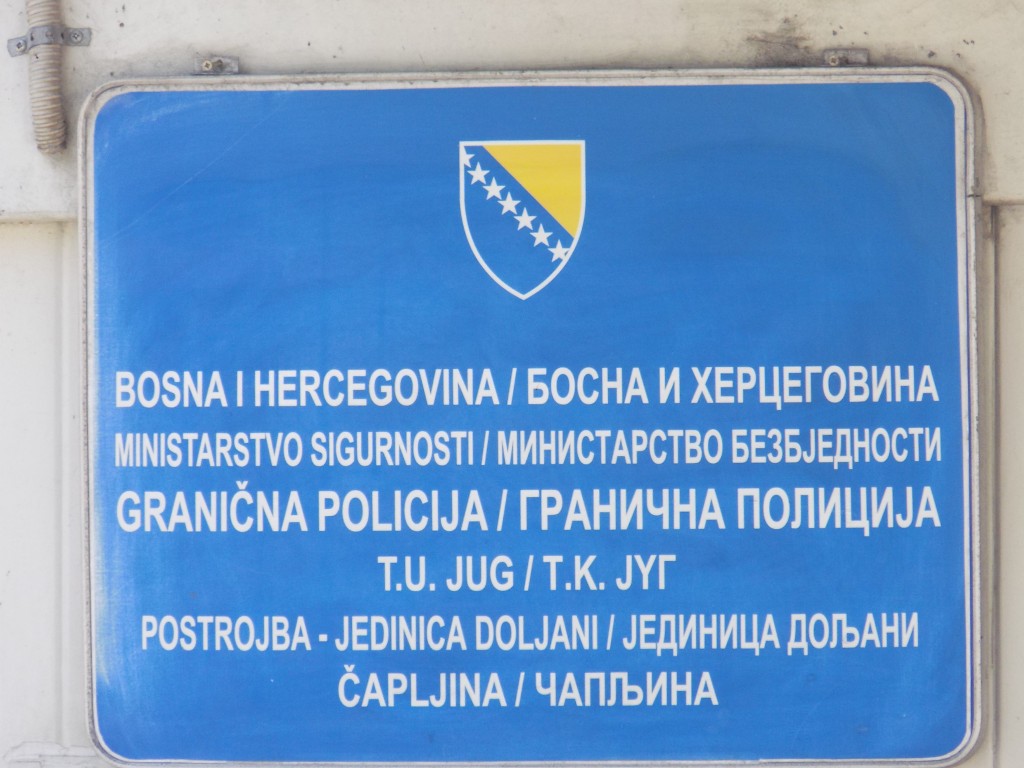 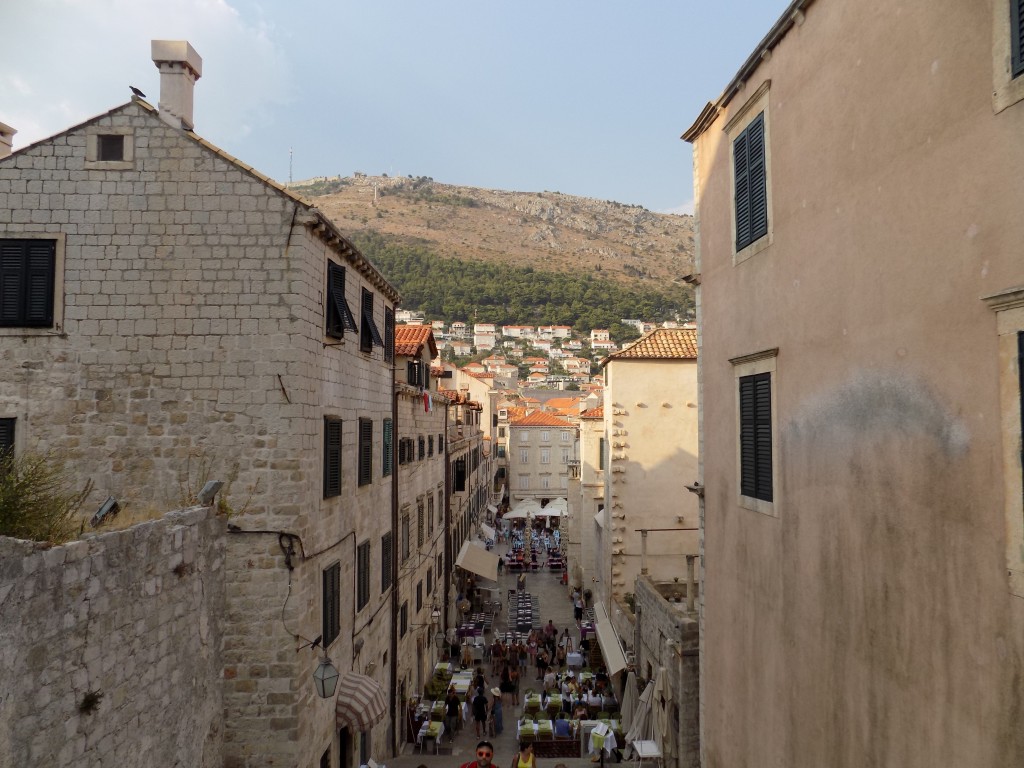 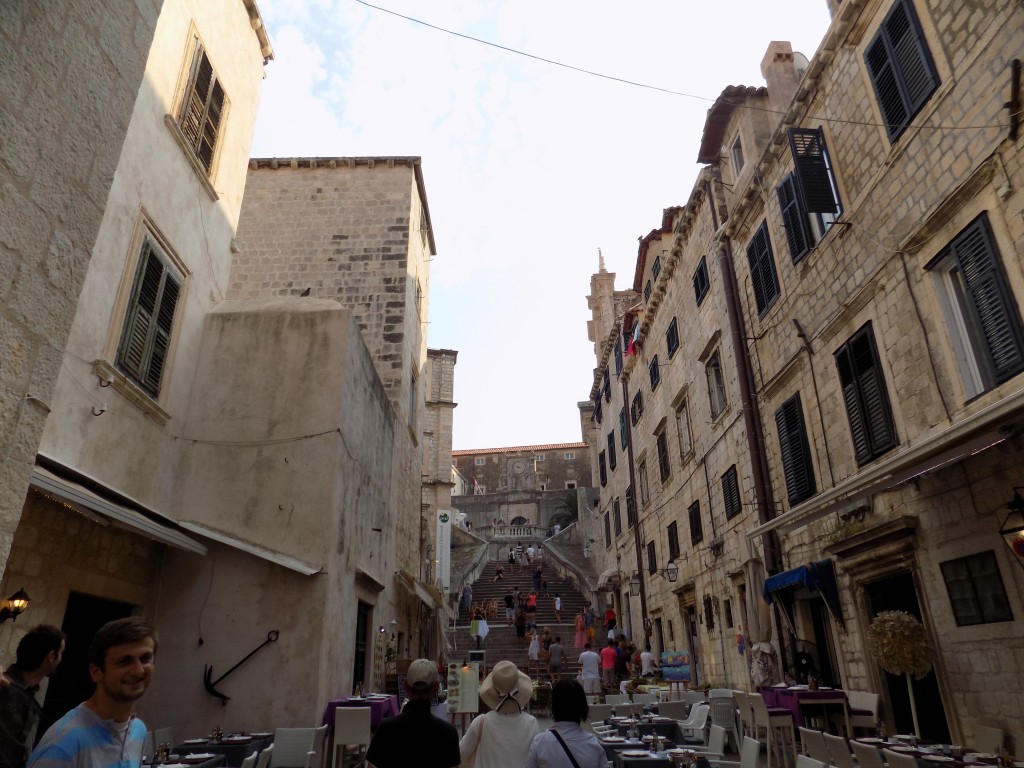 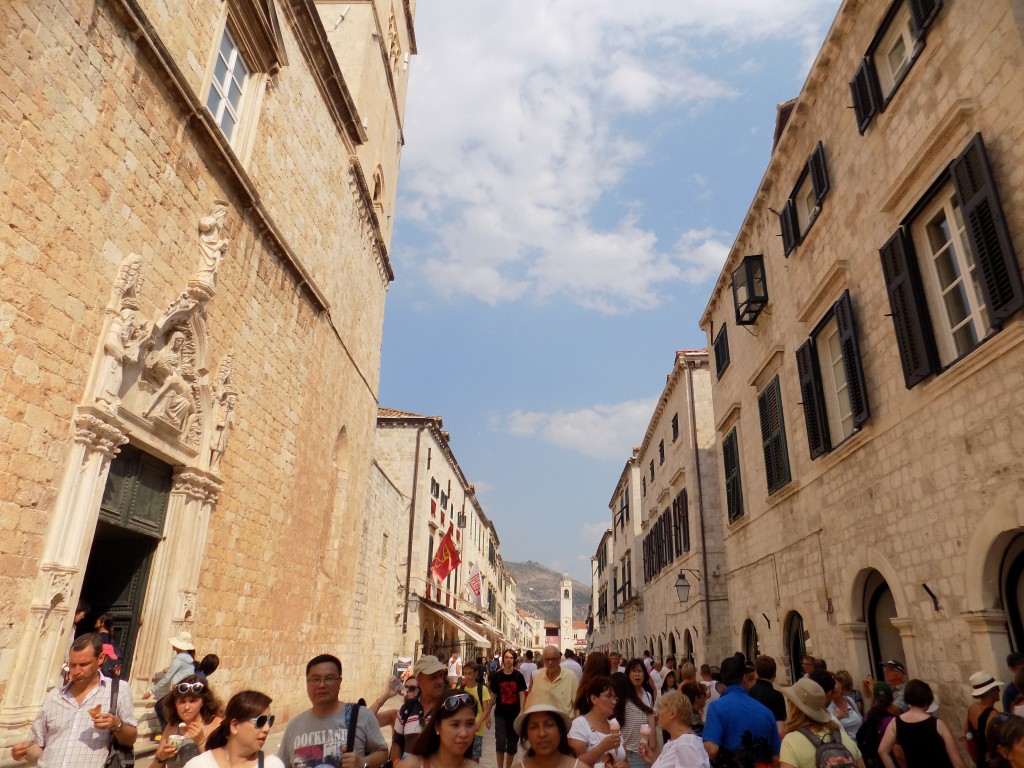 We arrived in Split very early in the morning and enjoyed a fast walk in the historic center before catching the bus to Dubrovnik. It’s been a long and hot way there.

We planned to spend one night in Dubrovnik, but didn’t book any accommodation. We were hoping to find a hostel on the spot. Very optimistic of us.

We left our backpacks at the bus station then started our tour. It was impressive. The stones of the old city’s buildings were impressively white. Everything was so bright you could almost see the hot, not only feel it. I don’t remember ever climbing so many stairs in my whole life. We kept on following a sign on top of the old city saying “best view”, thinking it was just an advertisement for some fancy bar. As it was on top, that part of the old city was less crowded (lazy average tourists). We walked through those small hallways and almost missed the best view. The door was so small it was difficult to notice, but once you’d go through it, you’d risk a heart attack. That really was the best view. We found ourselves out from the city, basically standing on some rocky stairs which were leading to an actual bar, but all we could see was water, a small island and an awesome sunset. That view was just stunning.

After recovering, we began to look for a place to sleep, with no luck. As we didn’t know if we’d have a place to sleep that night, we decided to at least enjoy a good meal. The waiter spoke Italian and her kindness and patience was just unbelievable to us. Unlike in Italy, or maybe only a few places in Florence, in Dubrovnik they still cared for tourists. They had to, as that was their main and maybe only way to earn some money, to save some for the less touristic winter time. This is the conclusion we got to when went back to the bus station to get our bags and found a woman who asked us if we needed a place where to stay that night. We were not too worried for the way we’d have spent the night, but having a place where we could take a shower was almost a dream for us, so we accepted, not before bargaining a bit. That lady was renting her kids’ rooms to tourists, while they would all sleep in one room, to get through the winter. As I come from Romania, poverty is not new to me. I’ve already seen people with very little, but this time it was different, because I was living an actual situation.

We took another bus early in the morning, and this was the one which would have finally taken us to Sarajevo. Big mistake not planning one more day of holiday to get to visit Mostar, but we might use this as an excuse to go to Bosnia a second time.

The landscape was slowly changing, we were not coasting the sea anymore. We had some sleep, and just as if we had an inner clock, we woke up right when we were getting to Sarajevo. We were looking everywhere, we wanted to see and absorb as much as we could. Thrills on our bodies.

We were going couchsurfing for our stay in Sarajevo, but before reaching our host’s place, had some cevapcici with onions. Everyone recommended us to eat them, but after the first bite, I found it was nothing new to me: they had just the same taste as Romanian mici.

We spent a day and a half in Sarajevo, and I will not describe any of the places we’ve visited. We made it to see everything we wanted to.

What I will remember about Sarajevo will not be the holes on most of the buildings. Not the infinite number of tombs in the many cemeteries of the city. Not the old lady who was trying to sell her pills to get some money for eating. Not the spots the shootings were coming from and not even the red ink on the ground to indicate the blood that poured during the war.

What I will remember is a young father with his two children, 4 years at most, at the tunnel museum sitting and watching a video about the war, and explaining them everything about it.What I will remember is our 18 years old host Leyla, who could not represent her generation better than how she already does. I will remember this huge difference you can perceive between one generation, the one which lived and fought in the war, and the other, who hasn’t lived it and just want to start over again. They don’t want to pretend war never happened, they only want to get through it and move on. You can perceive this so much it makes you wonder why you ever had that “sadness” feeling about Sarajevo.

What I will remember is the song playing at the radio in the taxi we grabbed to go to the bus station and head back to Croatia. I will remember the silence between me and my friend that last morning, when we needed some time on our own to try understand what was going on in our heads.

What I will remember the most, is the kindness and smile every single person in that country showed us, although with a veil of sadness in their eyes.

We are standing in the Middle of Korea, guarding all of you at this point, always.