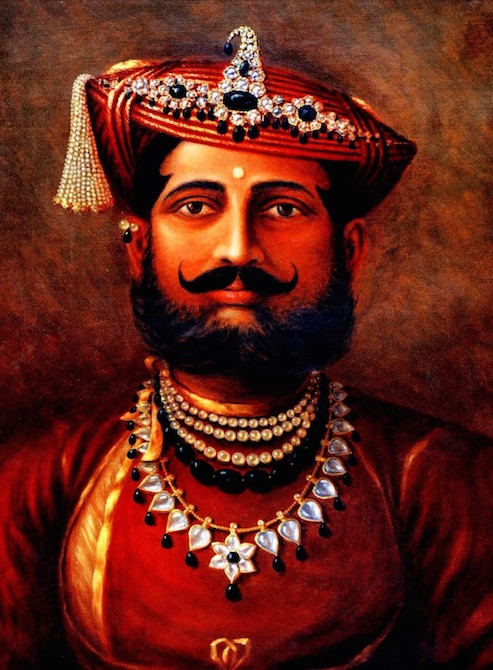 The historical city Jhansi is situated near the border of Madhya Pradesh which is often synonymous with the name of Rani Lakhmibai, a key player in 1857’s First War of Independence. Jhansi is the gateway to the legendary Bundelkhand region known for valour and courage. Although Jhansi’s greatest claim to fame is its fiery Queen who led forces against the British in 1857, and sacrificed her life for the cause of India’s independence when she was only 22 , the remarkable efforts of Maharaja Gangadhar Rao cannot be avoided.

Rao was the Maharaja of Jhansi. A lover of art and culture, he possessed wisdom and diplomacy, and even impressed British by his statesman-like qualities.

Discover India’s heritage on a unique activity your entire family can participate together – Go Heritage Run!

Rao married a young girl named Manikarnika, (renamed Laxmibai), who later became the queen of Jhansi. The rule of king was going well and the rani gave birth to a beautiful child and as days passed by the baby became unwell and died when he was just four months old.

Rao was unwell as could not bear this loss and was worried as there would be no heir to his throne after his death. Due to this situation, the royal couple adopted Damodar Rao as their son. The raja was heartbroken, and became increasingly eccentric and his health deteriorated rapidly. Rao took his last breath on November 22, 1853.

His cenotaph, Maharaja Gangadhar Rao ki Chatri, is located near Mahalashkmi temple in Jhansi, and was built by his wife.The tomb is located outside Laxmi Gate near the lake known as Laxmi lake.The tomb has scriptures around and is covered with a beautiful garden and flowers. It has four small tombs at every corner of the

To make our walk more interesting, we headed towards the Mahalaxmi temple. The ancient temple is devoted to Devi Mahalaxmi and was built in the 18th century. This glorious temple is situated outside the Laxmi ‘darwaza’ near Laxmi Tal.

This temple was made before the Laxmibai era, and locals informed us that even the queen used to come and worship there. A colony of people suffering from leprosy is located nearby.

To make people aware about the history we organised a puppet show depicting the life of Rao and Maharani Lakshmibai. Later, we had an oath-taking ceremony where we pledged to keep our heritage safe and clean and make people aware about the same. The outcome of the event was enthusiastic. I would wish to thank all those whose contribution towards this event were admirable.

Why incredible Bagalkot is a destination for everyone