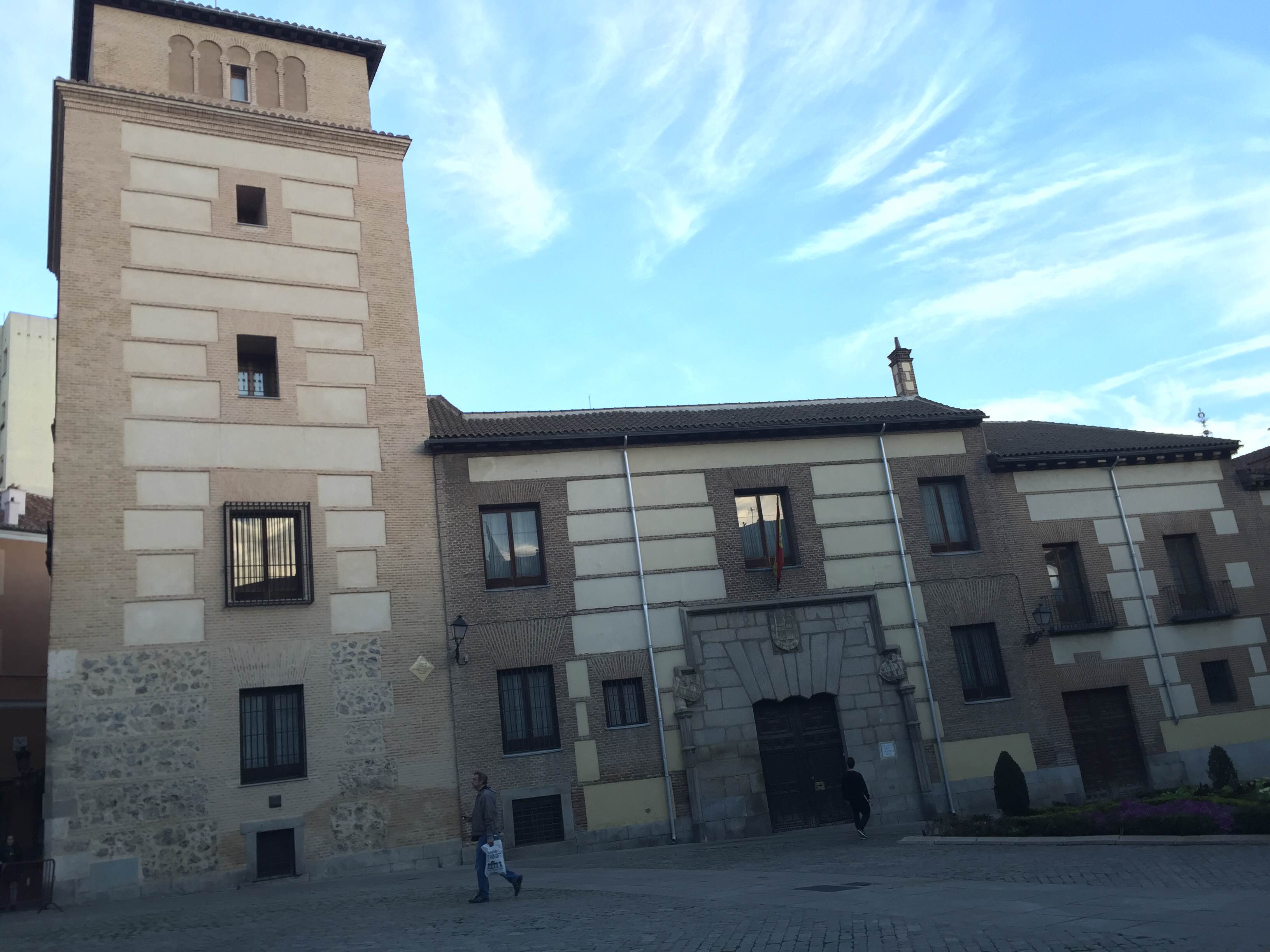 Being an Erasmus student in Madrid has given me the tremendous opportunity to get familiar with a new city of Europe. Not only I have the privilege to speak a new language but also, and most importantly it has provided me with a life long experience of dwelling in a different country than mine. This task’s subject was “Built Heritage”, I have discovered that the oldest building in the city of Madrid is the Casa y Torre de los Lujanes which is situated in one of the oldest plazas (squares) of the municipality, the plaza de la Villa, on the famous street called Calle Mayor.

Ever since I arrived in the city I have been walking in front of this square, and I had never had a single idea about what it represented and what it really was. Thanks to this task I got to know that that this “turret” on the left side of the photograph I took, was one of the oldest buildings in Madrid. Constructed during the fifteenth century in a style called Mudejar(“Mudejar Architecture of Aragon”. UNESCO. n.d. Web 31 Jan.2015). This particular architectural style  was born through the different political,  social and cultural traditions that during the course of the twelfth to the seventeenth centuries submerged Spain. It is influenced from the Islamic tradition and is unique in Spain.

It is called Torre de Lujanes because in 1450 Pedro de Luján bought it (he served as a valet to the king). Many people have been residents in this particular edifice. During the first half of the fifteenth  century, the accountant of the kingdom, Gonzalo García de Ocaña lived there. A painter of the court also occupied it. And it had been home to servants of the court, a retired captain, and the compositor Federico Chueca. In 1831 the building was used as an optical telegraph (which is a system of conveying information by means of visual signals, using towers) that connected the line Madrid-Aranjuez. Shortly after, the Town Hall approved a modification plan of the square to allow the crossing of carriages which would subsequently damage the construction. Fortunately the plan never took place because the Marqués de de la Vega de Armijo got a permit from the queen forbidding any modification of the Torre. That is how the building passed in the propriety of the State.

The Torre de Lujanes is situated very close to the Palacio Real and to the Puerta del Sol, two major sites that any visitor of Madrid has to see. From 1858, it has been the base of different societies but since 1991 it is permanently the office of the Real Academia de Ciencias Morales y Políticas. In 2014 the king of Spain, Juan Carlos ordered a renovation of the building ( Madialdea, Sara. “La torre de los Lujanes revive” ABC.es. DIARIO ABC, S.L. 30 Dec. 2014.Web 31 Jan.2015).

In conclusion, the Torre de Lujanes is a building that carries a vast history with many legends that can make any visitor’s experience more vivid. The french king’s imprisonment, the numerous occupants, the poor changes on the façade, make this a time travel in the heart of Spain.