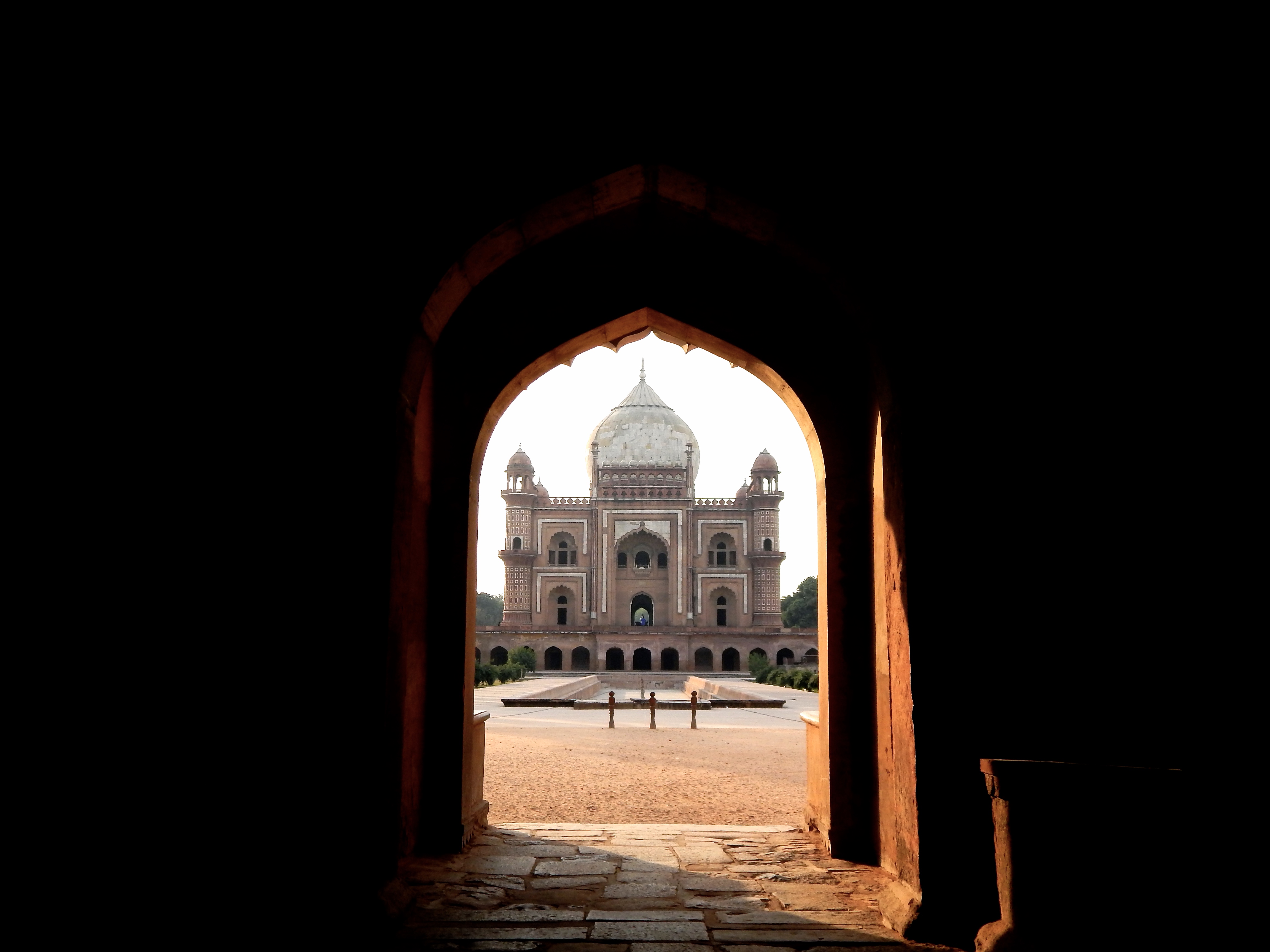 On a fine Sunday morning I decide to explore this last flicker of the lamp of Mughal Empire- Safdarjung tomb all alone. I have been seeing this faded monument very frequent but never got a chance to observe and appreciate it’s beauty, but the make heritage fun initiative by GoUNESCO gave me a reason to visit this monument. I have earlier attended a make heritage fun initiative by GoUNESCO in my city and honestly it was an experience worth remembering. An amazing experience which gave me a brief insight about history of Qutub Minar. The treasure hunt was very well executed with many task revolving around the history of this remarkable monument. It was an experience I’ll never forget because at that moment I discovered what I love doing, being passionate about photography was one side of mine but the other sight of observing and reading about the monuments and culture was another, which I got to know that day. I was not able to attend the recent make heritage event that was held on December 20th due to my absence in the city. I am therefore here going to share my experience of visiting one of the monument which speaks in volumes concerning the illustrious Mughal dynasty, narrating a thrilling story of its rise, of those years when Mughal power had been at its zenith and also of its excruciating, shrill decline.
The tomb is situated at the southern boundary of New Delhi, the city built by the British 1930s. Like any other areas in Delhi this area is also very rich in the historical content that it has, with Safdarjung tomb situated at one end and on the other end stand the marvelous masterpiece of Mughal empire the Humayun tomb. Nawab Shujaud Daula built the monument in 1754 in memory of his father, Mirza Muqim Abul Mansur Khan, who was popularly known as Safdarjung. He was the governor of the provinces of Awadh under the regime of Muhammad shah and later his prime minister. The entry to the monument is not very fascinating with a small board describing its establishment.
The leading feature one notices is the elaborately ornamented triple-storied entryway leading to the four-sided complex – above the arched entrance leading within, the plaster is worked in purple, orange and green to generate magnificent floral and geometrical patterns that adorn the façade in notable and breathtaking proportion around the jharokha hanging window in the middle – promising immediate visual gratification and assuring peace and serenity to those who venture within. Stepping in to the central chamber is a visual delight unto itself – the magnificence of the finely polished, white marble tomb is matched only by the intricate patterns in sandstone surface that cover the walls.
The tomb is a double storied structure, placed over a high raised platform and covers an area of 18.28 sqm. The plinth has series of rectangular cells with octagonal chambers at each corner, faced with a veranda. Steps lead towards the upper level which houses a cenotaph at its central location while two graves is positioned at central area of the platform, presumably one of the Safdarjung and other of his wife. Central chamber of the mausoleum is made in square form. Rectangular chambers surround the central space and octagonal chamber is positioned at each corner. The jalidar pattern on the windows, the inverted lotus shape of the tomb and Rajputana style of architecture not only reminds one of India’s rich culture, but also withholds the secrets which can only be revealed by the eyes of a keen observer.Similar planning layout is followed for second floor level. Corners of the tomb are designed in form of minaret, spanned with a chhatri at top level. Door openings to the form are located at each side and they are enhanced with decorated wall in relief. Openings are designed by following drop arch and multifold arch form. Red and buff color sand stone are used for construction of the tomb. Marble is used for flooring, inlay work and in dome. The tomb is has also popularly been described as “the last flicker of Mughal architecture” as by the time of the construction of the tomb the Mughal empire was on the brink of collapse and being ruled by weak rulers. The material that was used for its construction was also not up to the mark, cheaper than expected of Mughal architectural wonders and was removed from the tomb of Abdur Rahim Khan-i- Khanan.
This tomb is the last model of the garden-tomb layout that were so enthusiastically patronized by the Mughals; the first one being the Humayun’s tomb. The empty tombs were filled with the sound from the fluttering birds and with some workers around. The tomb is a unique blend of nice art and designs and this can be relaxing as well as refreshing and a beautiful location to take pictures.
After spending a whole 4 hours exploring each corner of the tomb I decided to board back home. Summing up it all, this place gave me the best feeling of Mughal architectural designs and stunned me with the beautifully designing, imperfection symmetry, and freshness of this last flick of the Mughal Empire.

Unconventional holidays. My way to Sarajevo.