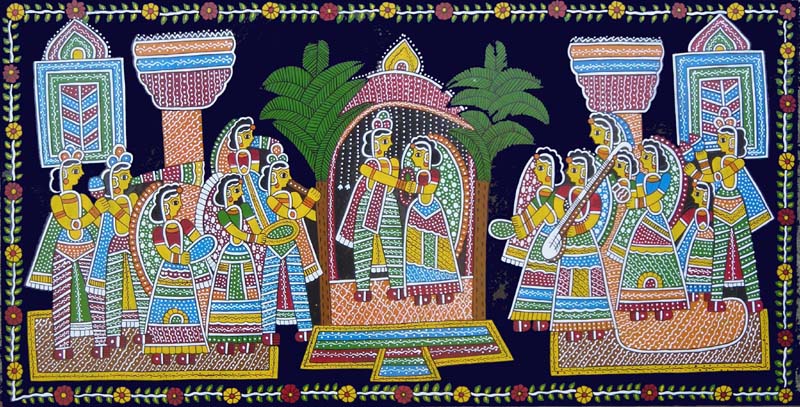 This article was originally published on Nazariya, and was written by Kaavya laxman and Saumya Sinha

Tiny, intricate bindis influence tikuli art, which is a symbol of feminine power in India.

Tikuli art  has a deep historical significance associated with it. ‘Tikuli’ is the term that is locally used for bindis, which are essentially colourful dots that women wear as accessories between their eyebrows. The bindi has been a symbol for the intellectual capacity of the feminine for time immemorial. In contemporary Bihar, it serves as a symbol of empowerment for women.

Tikuli art originates from Patna over 800 years back. It essentially consists of paintings that are manufactured in the local context. With increase in popularity, this art form managed to influence traders to gravitate to Patna to purchase it in large quantities. The Mughals showed a large deal of patronage to this form, and appreciated its underlying significance to a great degree. No work that compares to tikuli art can be found outside of Bihar. It is an intricate technique that requires a great deal of skill.

The art is priced quite high as well, since the quality and price is proportional to the amount of refinement the work requires. Even though some pieces may be quite small-scale, there is no compromise on detail. The decline of the Mughals and the advent of colonialism led to the decline of tikuli. Handcrafted goods were rapidly replaced by industrialised products.

It was brought back to the modern mainstream by Chitracharya Padmashree Upendra Marathi, who portrayed the form on glazed hardboards at an exhibit in Japan. Craftsmen are also undertaking efforts to revive the form in the contemporary context. 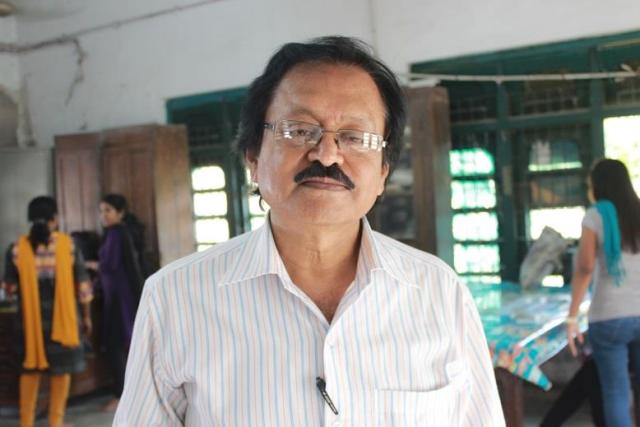 Mr. Ashok Kumar Biswas is one such craftsman who has devoted his time to reviving the form. Along with his wife Shibani Biswas, he has managed to turn tikuli into a form of livelihood for artisans once  again. The form provides employment and financial independence to over 300 women in Bihar. Mr. Biswas has given recognition to the art form in the Indian and international context as well, having participated in the Bihar Divas celebrations in Delhi and Jaipur, as well as an International fair in Seoul.

The creation of tikuli art is a tedious process that requires a great deal of patience. Artists employ hardboards as their surface to draw on, and cut it into ornate shapes. These are coated with four or five layers of enamel. After each coat is applied, the surface is rubbed with sandpaper to give a glossy, polished effect. After applying the final layer of enamel coat, the designs are drawn on with paint, and embellished with gold foil and crystals. The brushes used are made of squirrel or sable hair, and they are of a very fine thickness. Spring and summer are the best seasons to create this form, since an optimum temperature for drying the enamel and paint is achieved.

Tikuli is known for eliciting influence from forms such as the Madhubani. It becomes interesting to look at how even fine art can be so intertextual in the Indian context, much like literature.

WHY DOES IT NEED TO BE REVIVED?

The intricacy of tikuli art is what makes it a popular  product for export. Forms like these showcase the diversity and intricacy of Indian art to the rest of the world. The themes used mainly portray myths from the life of Krishna, as well as Indian wedding scenes and the festivals of Bihar, thus forming a visual text for the Indian context in some way. Thus, it is necessary to preserve and revive these forms from the archives of India’s cultural past.

On air: A photowalk at the Air Force Base in Nebraska

Shaped by History and Flowers: The Murli Manohar Temple