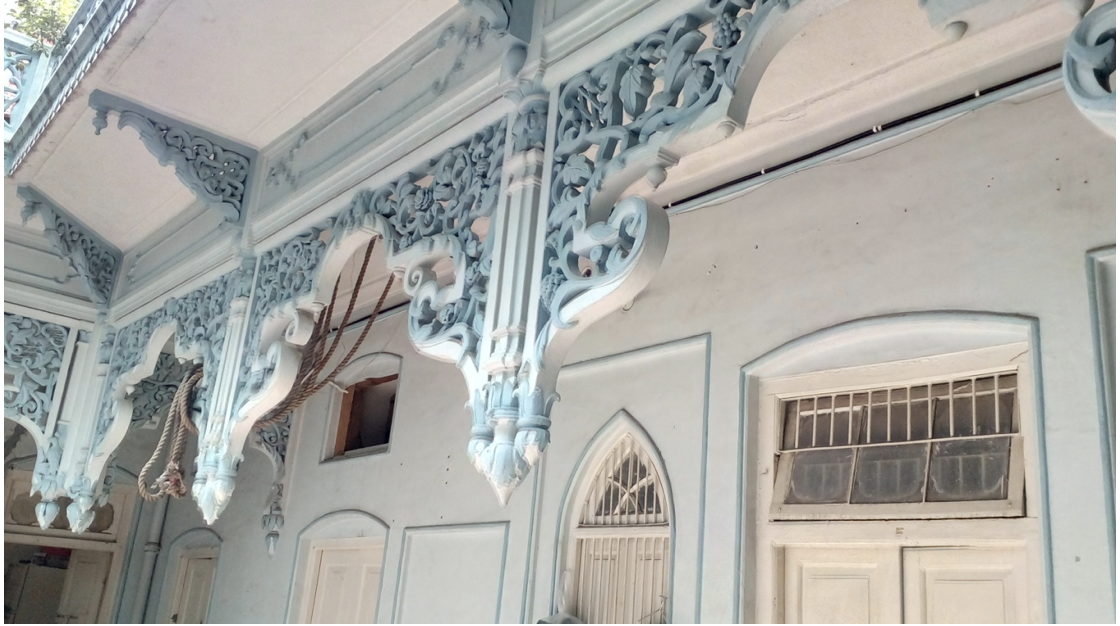 India has a rich heritage, both tangible and intangible. Even in the city of Roorkee, there is a huge  capacity to study the unique built heritage. There are hundred years old havelis lining the streets of the old city. Locally, these havelis are architectural masterpieces holding high historical value. The ornamentation on these havelis  serve the purpose of visual apetite. Also, they are narratives symbolizing cultural and religious beliefs. They are integrated into the overall design of the building and are not superfluously added. The local craftsmen nurture and practise the ornamentation or the building craft. Unfortunately these traditions are in peril because of modernization and loss of awareness of the heritage. The article aims to emphasize the built heritage (ornamentation) of the havelis of roorkee and argues the need of awareness of people about it.

The city of Roorkee

Roorkee is a small town in the state of Uttarakhand in Northern India. The city has emerged as one of the educational hub of India. It has  a number of educational institutes and research institutes. The British established the first engineering school here in 1845, Thomason College of Civil Engineering, today known as Indian Institute of Technology Roorkee. In 1854, Ganga canal was made under the leadership of Col. P.T Cautley, a British Army officer. It is considered to be one of the largest and costliest man-made waterways in the world. The city with its marvellous history of technological development, is also culturally significant. It is the adobe of the holy Sufi saint Alauddin Sabir Kaliyari. Piran Kaliyar shrine has the grave of the saint and is a major religiously significant place.

Architecture of the old City

The architecture of the old city of Roorkee has various layers of cultures and religions. Rich merchants who used to live here made beautiful havelis. Locally, they are historical and architectural masterpieces. The planning of the havelis is in the traditional Indian style. Courtyards played a very important role and acted as social gathering spaces. Here, the women of the family used to work. The family members worshipped tulsi plant, which is in the middle of the courtyard. Social-cultural factors of the region influences the whole arrangement. Also the architecture was a direct response to the harsh composite climate of the region. Courtyard provided daylight and ventilation to the interiors.

One such haveli is the Mathura Bhawan. It is located in the heart of the Old city of Roorkee. Unfortunately, a major portion of the haveli was not maintained properly. And when the owner left it, the new comers demolished the part. It is a two storied building with a central courtyard lined by rooms. The haveli has a rich facade facing the street with stone cusped arches and arched niches. The facade has the highest amount of ornamentation. The walls are profusely ornamented with bass relief of vegetal motifs and motifs of Hindu Devi and Devatas. The first floor has a balcony supported by plain stone brackets. The balcony has ornamented arched pillars and arches made up of lime concrete and iron railings. There is wood carving in the main entrance which has similar but more intricate motifs. On the roof of the Haveli, there is a small chattri consisting of ornamented columns and arches. Being higher than any any other building, it capture views of the city.

One can classify Ornamentation into two parts: planar and sculptural.  Wall surfaces, doors and windows have planar ornamentation. While brackets, pendants, parapet walls, columns, railings, arches, etc, have sculptural ornamentation. Most of the architectural elements have complex ornamentation. There is rich wood carvings of motifs of religious deities, flowers, creepers, animals and birds on the wooden doors and windows. Arches and brackets line the verandah. There is elaborate but bulky sculptural carvings of creepers, leaves, grapes and parrots and carved pendants, made up of lime concrete. The interiors have much simpler ornamentation. There is also profuse geometric patterns  with “Om” motif recurring at regular intervals on the parapet wall.

Ornamentation has played a major part for both aesthetic and functional reasons. Screening (jalis) were made of stone to bring wind at a greater speed into the rooms. They were carved with various geometric and floral patterns. These patterns were influenced directly or indirectly from the nature, imagination of man or religious beliefs. The design of the screening are similar to that of which are found in Delhi and Rajasthan, which states that the craftsmen were called from these places to work. One major factor that substantially influenced the ornamentation was religion. In the entrance walls to send evil spirits away people make auspicious motifs of Hindu deities. The parapet walls and frescos have textual and visual motifs of religious texts, which people used to read while offering the prayers. The ‘Om’ motifs on the parapet occurs repeatedly showing strong religious belief of the owner.

The ornamentation of Havelis has historic value as the elegant and elaborate design. Thus, the loss to the ornamentation is not only the loss of Mathura Bhawan, but of the whole local community of Old Roorkee. They are a testimony to a rich past. There is a dire need to restore and preserve the built structure and its architectural elements Moreover, with modernisation and the craftsmen who used to pursue these crafts leaving for better employment opportunities, there has been an erosion of the creation of these building crafts. Also with the insensitivity of the people towards the heritage, people have begun to start demolishing these buildings and use it for other uses.

There is a dire need of heritage awareness among the people to be more sensitive. There have been cases in the city, where people have done adaptive reuse of old buildings and use it as banquets, guesthouses, etc. This has brought economy to the havelis and surrounding areas. It is a sustainable idea to invest in the heritage conservation of such havelis. It supports the local craftsmen who work as wood carvers, stone carvers, etc. Firstly, there is a need to proper documentation and listing of these historic buildings.  There has to be introduction of new policies to protect these havelis. Awareness through programmes and workshop can play a significant role to make people understand the benefits and need of safeguarding the heritage.