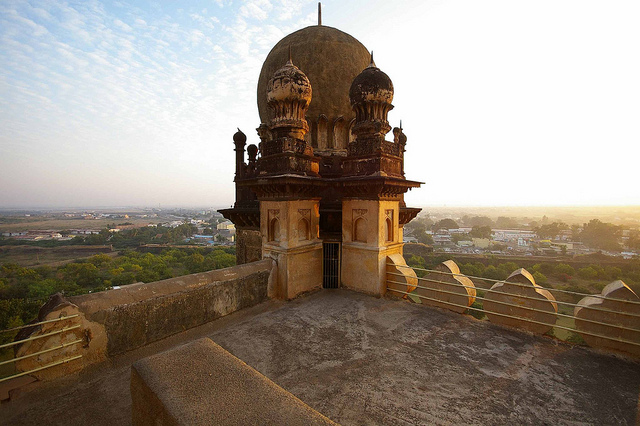 A queen to one of Deccan’s most prosperous kings, Jahan Begum, wife of the celebrated king Muhammed Adil Shah of the Shah dynasty, who ruled the Bijapur area of Karnataka had the commanding power of differing from the religious tradition of being buried with her family.

Jahan Begum chose to have her tomb built away from Gol Gumbaj (the tomb of Muhammed Adil Shah) at a place called Ainapur where one can find the ruins of the incomplete tomb of the queen. The reason behind the unfinished structure remains a mystery till date. The palace garden of the queen located in close proximity to the ruins is another place of spectacular architecture.

To learn more about this courageous queen and her tomb, click here.

Bidriware: The Craft of Metal and Mud