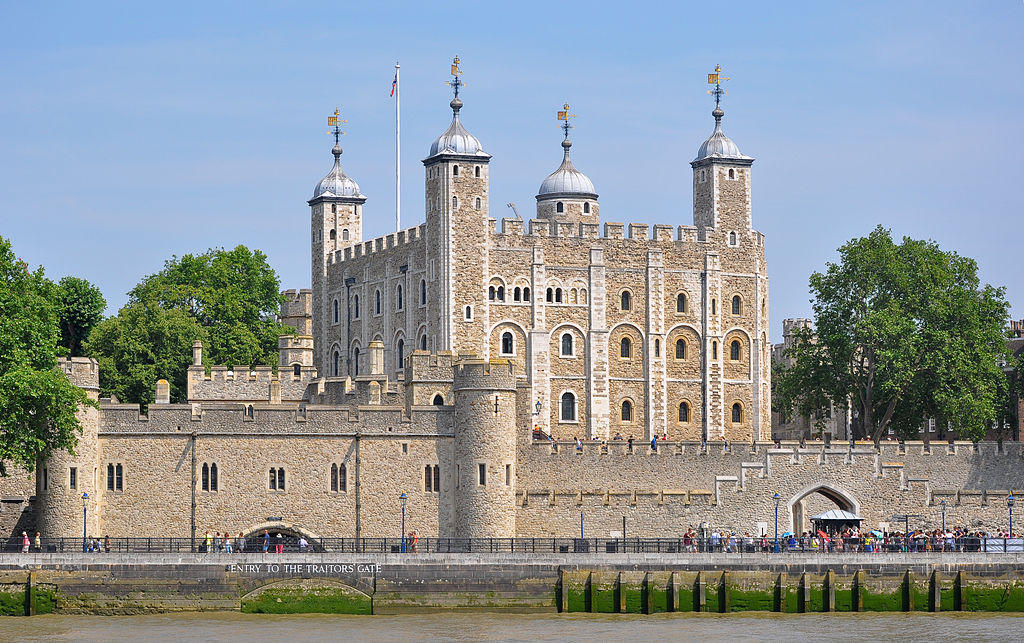 The Tower of the London, located on the north bank of the river Thames, was designated as a world heritage site in 1988. It is a 900 year old castle and fortress built by King William I the conqueror. However, the moat was built by Richard I. The tower was mainly built for the protection of the people in the kingdom from foreign invasions,but sadly later it was used as a prison and a place for execution.

Now, the tower is notable for holding the crown jewels and also has a museum of armours. It was also used as the royal residence till the 17th century.

The tower has been famous for the mysterious disappearance of the royal princes Richard and Edward, sons of the King Edward.Once imprisoned in the tower, they were never seen and their uncle Richard III took over the throne. Another famous prisoner was Guy Fawkes who tried to blow off the house of Lords was also tortured in the Tower. He confessed about his crime in the famous torture room “The Ease”.

In the 18th and 19th centuries, the tower less used for prisoners. The last prisoner was Rudolf Hess, who was Hitler’s deputy. Today the Tower of London is famous for the crown jewels display,one of the most popular attractions as it has crowns used by the royals for their coronations. Queen Elizabeth’s famous crown with 2,800 diamonds,includes the famous Kohinoor diamond ,the world”s largest neutral cut diamond is kept here,in the Waterloo Barracks.

Interestingly The tower of London houses Ravens for good luck. There is a very popular legend about the Ravens. It says that if the Ravens ever leave the Tower of London, great disaster shall come upon England! Sadly, the wings of these birds are clipped to prevent their escape.

Another interesting fact is that entering the tower at night is difficult because the password is changed every night.

Guadarrama mountain to the left and Roman aqueduct to the right! Welcome to Segovia