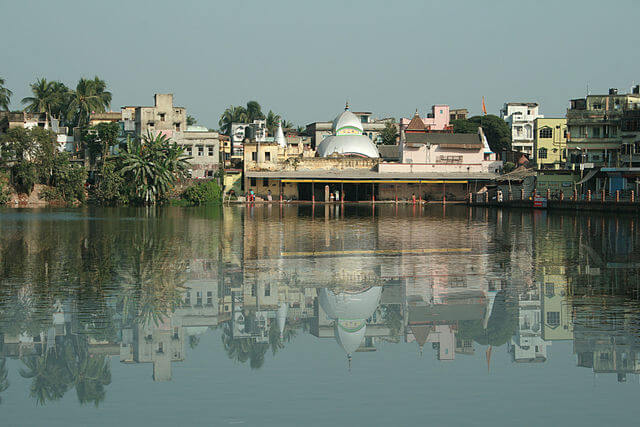 The culture of Bengal takes its roots from its literature, drama, fine arts, music and cinema. It encompasses with the culture of Bangladesh and other eastern states of India like Assam, Tripura and Meghalaya. The religious practices that are prominent throughout the state are generally the hindu practices which are followed. They worship idols and deities and believe that God will never leave their side no matter what happens. The Taraknath Temple is also one of these very famous temples with a lot of faith and belief in Lord Shiva.

Tarakeshwar is a small town in Hooghly district of West Bengal, which is extremely famous for its Taraknath temple. Bengal being a religious state has a lot of temples and spiritual places but this mandir is totally exceptional and has a lot of crowd hailing towards it from all over India. Lord Shiva’s idol Taraknath temple is a famous Lord Shiva’s Temple and it is one of the oldest in the city, dating back to its 18th century. Mondays are considered auspicious to pray Taraknath. Thousands of devotees visit the temple during Maha Shivratri in Phalgun month and Gajan festival in Chaitra month. Sravana month (July-August) is also considered very favourable for Shiva and special worships are held on all Mondays of the month.

There is a legend associated with the construction of the Taraknath temple. It is said that a staunch devotee of Lord Shiva, named Vishnu Das, migrated from Ayodhya to Hooghly, with his entire family. The local people of Hooghly, somehow, found him to be suspicious character. To prove his incorruption, he burnt his hands with a red hot iron bar. After some days, his brother discovered a unique site in the nearby forest, where the cows produced milk at a particular place every day. On conducting an investigation; the brothers discovered that a Shivaling (idol of Shiva in phallic form) was present at the mentioned site. After this incident, a dream to Vishnu Das revealed that the idol was the symbol of the Tarkeshwar form of Lord Shiva. Very soon, a temple was built there by villagers, which has been renovated with time. The present form of the temple is said to have been built by Raja Bharamalla, in 1729 AD.

The Taraknath Temple Taraknath temple has a typical Bangla architecture. It is built in an ‘Atchala’ structure of Bengal temple architecture with a natmandir in front. The temple is built with a sanctum and veranda with three vaulted railings on its roof. The temple features four roofs above the sanctum sanatorium and extended galleries for the congregation of the devotees. In front of the veranda, there is an assemblage hall for devotees. ‘Dudhpukur’ tank, located north of the temple is believed to fulfil the prayers of those taking a dip in it. The temple is also said to be one of the Jyothirlinga shrines of Mahadev.

History suggests that the Tarakeshwar temple is a temple which holds the deep rooted culture of Bengal till date. Temples like this are still visited by thousands of devotees in hope of fulfilment of wishes and it truly happens. Places like this will always continue to bind the culture and traditions.As truly said by Swami Vivekananda, ‘Infinite strength is religion and god’.