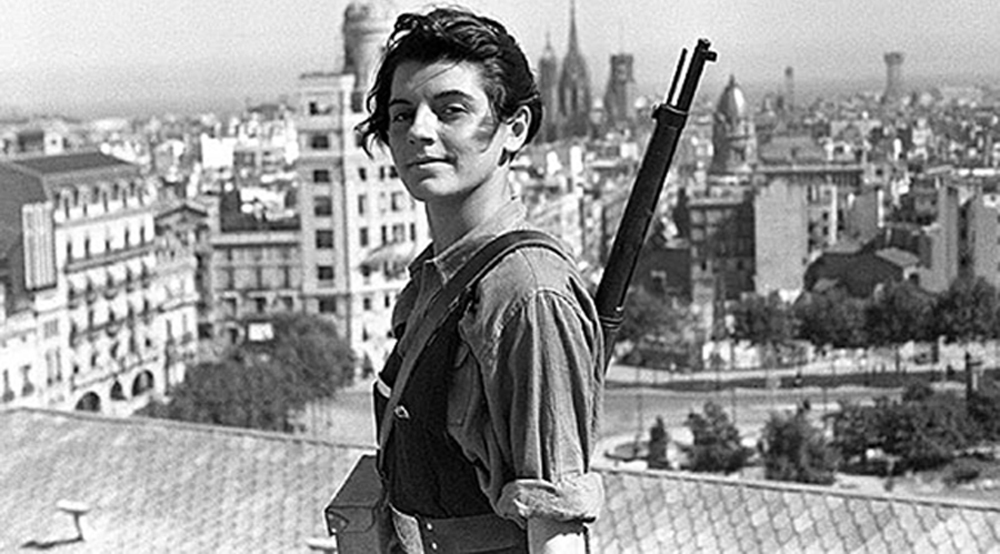 During the first decade of the XX century Spain suffered a period of political, social and economical instability.

Miguel Primo de Rivera brought a military dictatorship backed by the King Alfonso XIII, the Catholic Church and the conservative groups in 1923. In January 1930, he offered his resignation therefore the dictatorship fell. One year later, the King allowed calling elections to constitute a new government. People chose to abolish the monarchy. The King Alfonso XIII went into exile. On April 15th 1931, it was proclaimed The Second Republic of Spain.

Republicans came to power and were the first democratic government. However, Republicans found a vulnerable and unstable Spain with a deep imbalances in the social structure (big difference between rich and poor people), recession, considerable political tension, the important role of the Church in the society and complicated international situation (The Great Depression, German and Italian fascist dictatorships by Adolf Hitler and Benito Mussolini, respectively, and Soviet Union by Joseph Stalin).

After the elections, the Spanish population were even more divided. There were two groups: the Republicans and the Nationalists. The Republicans, supported by the communists, anarchists, socialists, members of trade unions and separatist groups. And the insurgents, the Nationalist group, which was supported by a number of conservative groups, including Monarchists, Carlists,  Falangists and a large segment from the church.

The Nationalist were determined returning to power. In July 1936, The Spanish Army of Africa was the first radical anti-republican group rising up against the government. The most representative members were Francisco Franco and generals Mola and Sanjurjo. In three days, they were able to control many Spanish regions and they wanted to seize the capital but they failed thanks to popular mobilizations. On the death of General Sanjurjo, Franco became the nationalist leader. Furthermore, Léon Blum, governor of France, proposed every European country a non intervention agreement on the Spanish Civil War. Germany and Italy did not respect the agreement and helped Nationalists and Soviet Union helped Republicans.

After three years long war and with the support of his allies, Franco´s army was successful in fighting the republicans. On first of April 1939, Francisco Franco was proclaimed head of state until 1975 when he died.

The country was devastated by war. It is estimated that 500.000 people died during the war an post-war. Around 400.000 people went into exile and demographic rate fell dramatically. Spain suffered huge losses: physical and intangible. Many cities were completely destroyed and artistic heritage were seriously affected. For example The bombing of Guernica in April 1937, an aerial attack by German aviation (allies from the Nationalist) had bombed on this Basque town. Guernica was destroyed. The well-known Spanish painter Pablo Picasso represented the horror of the war in his masterpiece “ El Guernica”. After the war, Spain was devastated: the hunger and diseases, the fear and the inequalities between population and the censorship were some of the consequence of the blackest period in the history of Spain.

Football as a heritage