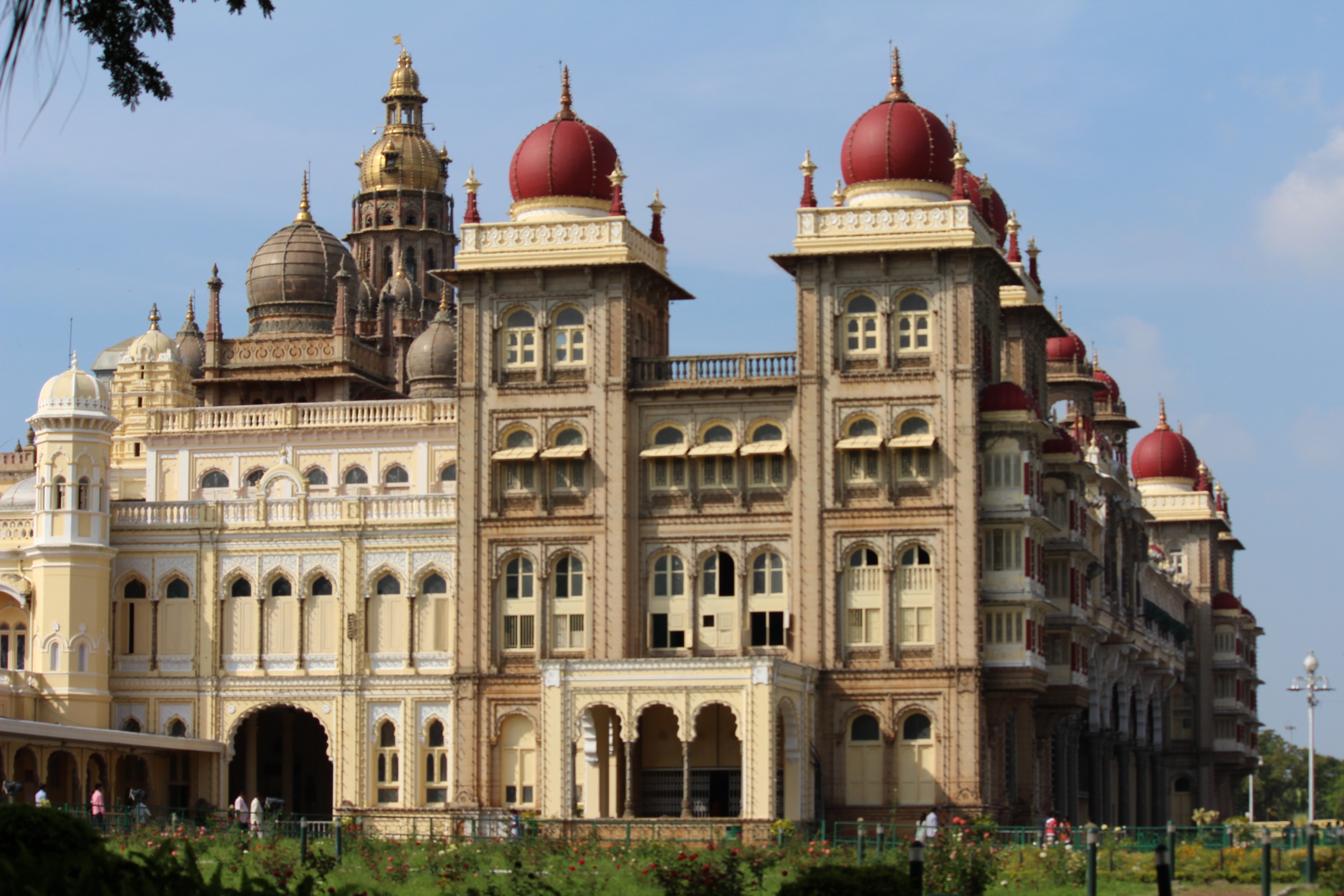 Have you ever heard about Mysore dosa or Mysore silk? These are the best things that Mysore has given to humanity! But the city has something more than dosa and silk. The City has some jaw-dropping places and vast history and culture as well. Mysore is a city located in the foothills of Chamundi hills and is the second largest city in the state of Karnataka. Because of the seven beautiful palaces dotted throughout it, this city is very well known as ‘City of Palaces’. But the ‘Amba Vilas Palace’ which is also known as ‘Mysore Palace’ is the oldest among the rest.

This historical palace is the perfect combination of architectural and natural beauty. The palace, housed within the Old Fort facing the Chamunda Hills, stands as the residence of the Wadiyar Empire who ruled the Kingdom of Mysore from 1399 to 1950.

This place is the perfect example of architectural beauty; the palace was illustrated in an Indo-Saracenic form of architecture.  The palace was originally built by the Yadavas in the 14th century but was rebuilt several times. And at last this palace was rebuilt by British architects in the late 19th century. The palace has several styles combining different elements like Indian, Indo-Islamic, and Neo-Classical and Gothic style. This luxurious building has two durbar halls, a number of huge courtyards, structures and outstandingly beautiful gardens that express volumes of the splendor of the Wadiyars. This beautiful palace was built in 1912 and the complete cost was more than Rs. 40 lakhs in those days, but the beauty of this palace is utterly priceless!

This place will spellbind you like no other. And if you really want to visit this place then don’t miss the night view of the palace, because the magnificent structure just throws light on the entire city and will draw your attention for sure. If you are planning a trip to Mysore, then that should be during the occasion of Dussehra because the palace seems just like a Golden Mahal, and then you just can’t hold yourself to admire this beauty more.  So, if you really want to enjoy some architectural elegance and grace then this palace has to be on your list of places to visit!

A Guide To ‘Little Kabul’ in Delhi, Built By Afghan Refugees With Love

A brief history of Kolkata