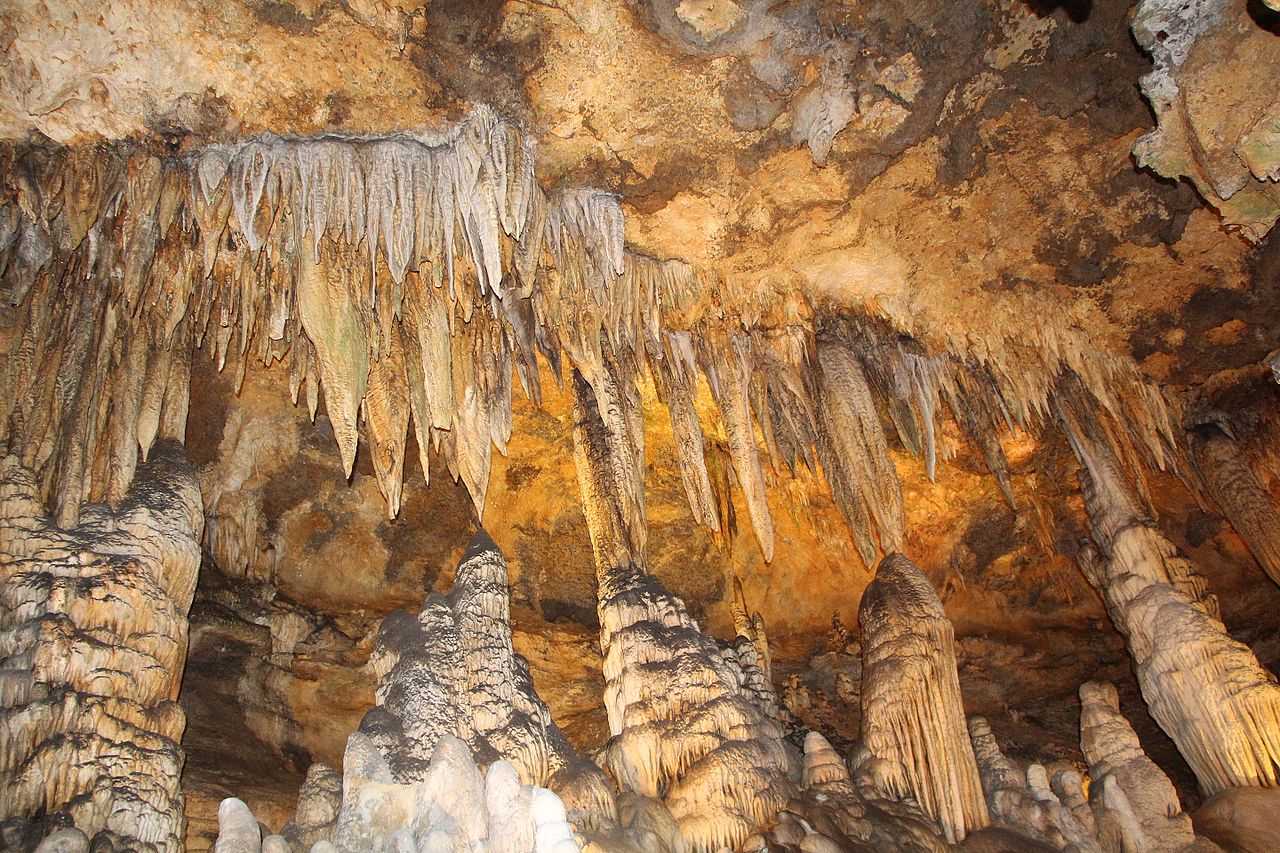 Very few people have heard about Virginia’s  Blue Ridge mountains. They are the largest and the most popular natural caverns in the East of America. They were discovered in August 1878, and were formed millions of years ago. They are situated in the Shenandoah valley, a series of limestone caves. In 1974 , the Luray caves were designated as a National Natural Landmark. The cavern is yellow, brown or red due to water, chemicals and minerals. They are famous for their stalactites, which rise 5 feet tall, and the stalagmites called the “Empress columns” that are 35 feet high and rose colored.

The visitors are spellbound as they enter its well-lit passages  that curves towards the Dream lake and the Saracen’s tent ,while exploring cathedral sized rooms that has ceilings as tall as ten stories, that are filled with tall columns of stalactites and stalagmites. Tourists can experience the haunting sounds of the world’s only” Stalacpipe  organ” a lithophone ,made from solenoid-fired strikers that tap stalactites of various sizes and produce sounds that are similar to xylophone, bells, or tuning forks. The path then leads the visitors to the “Wishing well” later ascending to a small passage to a Fried Eggs rock formation.

A visit to the caverns is not complete without visiting the breath taking, spectacular, cascade formations like foaming cataracts hanging mid-air. One of the best formations is the Draperies which appear like natural drapes, known as the Saracen’s tent. These are one of the world’s well formed natural draperies. This formation can be found mostly in all parts of the cavern, appearing ring like bells. Some of them appear like scarfs and blankets, formed due to carbonates deposited by trickling water. There are around sixteen of these scarves that hang side by side in Hovey’s Balcony, three white and fine as crepe shawl, thirteen with various shades of brown.

Almost 500,000 tourists visit the cavern every year. One can also visit the Luray Valley Museum.

A Guide To ‘Little Kabul’ in Delhi, Built By Afghan Refugees With Love