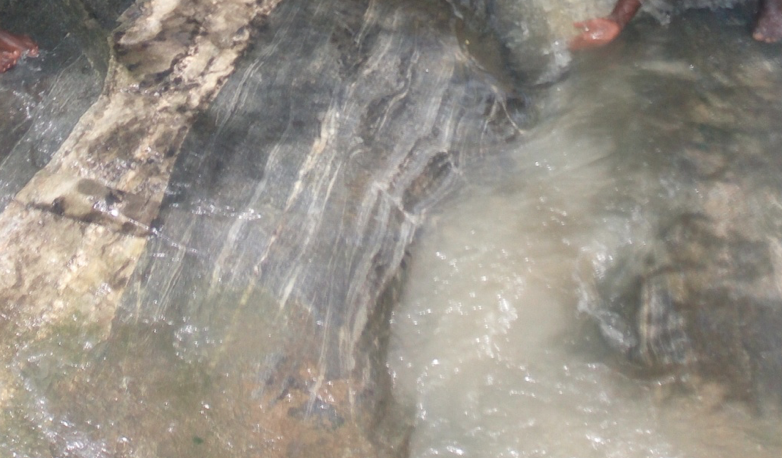 Babanloma is an ancient city is the present day Ifelodun Local Government Area of the Kwara State.  It is located 75 km from Ilorin, the state capital and 45 km from Jebba in the present-day Niger state. The city is known for its natural heritage, of which the Kaa waterfall is a splendid example.

The inhabitants of this community are majorly of the Yoruba tribe claimed to be from Oyo state. Recently other tribes and languages such as Nupe, Fulani and Hausa have assimilated as well. This community has experienced relative peace despite the multi-tribe presence in it. At the entrance of this community where the Local Government Head quarters is located there is a natural waterfall known as the Kaa waterfall.

This waterfall is made up of small stones, shaped very well and believed to have arisen as a result of sandstone deposition over time. The water fall usually dries off during the more arid parts of the year due to poor water supply and it is normally filled with water during the rainy season. This is the time that people go to visit and experience the splendor and beauty of this natural heritage, due to the quietness in the midst of flowing waters. It is located in an isolated environment, away from the hustle-bustle of the community.

The Kaa waterfall is made beautiful by a natural arrangement of stones in a particular order along the course of the river. This fall is peculiar and unique as it has no living creature passing through it. This may be as a result of the seasonal nature of the river, which is laid with various stone bridges. The environment is well-shaded with trees having developed canopies, which provide a cooling effect for relaxation. However, the fall is normally hot during dry season due to the absence of water and heat effect from the sun on the rocks.

There are also two rivers ‘Osin’ and ‘Anho’ in this ancient stopover town. These rivers provide water to the inhabitants of the community and other nearby villages.

The Aeolian Islands and their volcanic origin