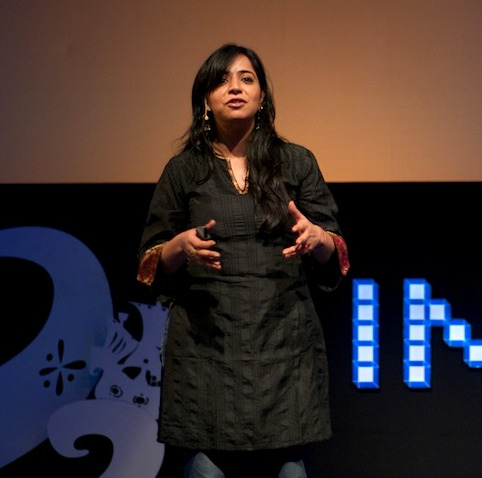 All information is invaluable, and visual information in the form of photographs can be captivating as the India Memory Project demonstrates.

The Indian memory Project is an online repository of user contributed photos of India from the pre-digital era (before 1991), and aims to reconstruct our colonial and post-colonial eras through a biographical approach. The photo submissions are curated, analysed, and put into a cultural context that helps structure small fragments of visual information.

The Partition of 1947, for example, was a major landmark immediately post Indian Independence. Multitudes of people moved across a newly created border to and from India and Pakistan. Stories of the dangerous journeys that people made across the newly demarcated partition are expressed through some of the pictures that are archived under the Indian Memory Project. The living patterns, the ideologies and attitudes are all strongly represented through visual media, available at one place. Rich black and white images of post-colonial extravagance as well as native quaintness are assorted on the Project’s Web page. The images from the Partition era are only one part of the archive. There are several photos that span across the pre-digital age, which, in a way, serve to reconstruct our past by giving us visual data.

“No matter what he or she does, or how long or short they live, everyone on this planet plays a central role in forming the history of the world”

In 2013, she founded the Memory Company, which curates arhives and artistic exhibitions. Her involvement in the preservation of cultural heritage as well as the fine arts is quite prolific.

Heading the Indian Memory Project, Yadav said that its popularity was on a meteoric rise when it was instituted as a Facebook page. But now, Yadav says “I have to keep reminding people; or I look for images and then get in touch with the owners.” The project is currently independent, and Yadav eventually wants to procure government funding in order to travel the country and gather figments of its past.

Yadav says “Photographs are my favourite place in a museum or in someone’s house,” highlighting how the space is created by a piece of visual culture rather than dictating its orientation. The space is praxis. It is a pre-discursive. The space contains the cultural context, and manifests as a result of the medium, and not the space within which it is stationed.

It is clear that archival of visual culture is important in order to showcase ideology in an extremely relatable as well as enjoyable manner. The Indian memory project is like a breeze through Indian history and cultural contexts of the pre-digital era. It enables us to understand a world where the loss of privacy through digitalization was only a foreboding presence. We must look at our past with a rear view mirror.

Looking at the archived data, we can con textual use the past as our present lives move on with the tick of the clock. The beauty of the digital era is that it can such media can help record non-digital data as well. The concept of employing the responsibility of keeping a trend alive to users is definitely something that adds a whole new dimension to any venture that involves cultural data. It opens several avenues for a diverse melting pot of visual and biographical data which helps contextualize the culture of a nation.

The origin of archival can be traced back to oral culture, which was highly unreliable and could easily be manipulated. Textual archival was next which was followed by digital processes. Using digital tools to document pre-digital data is something that enables us to retrospect back in time quite conveniently. The Indian Memory Project, because of its strong backbone thanks to the large number of submissions it receives from users, is in a great place to become an archive of memories for posterity.