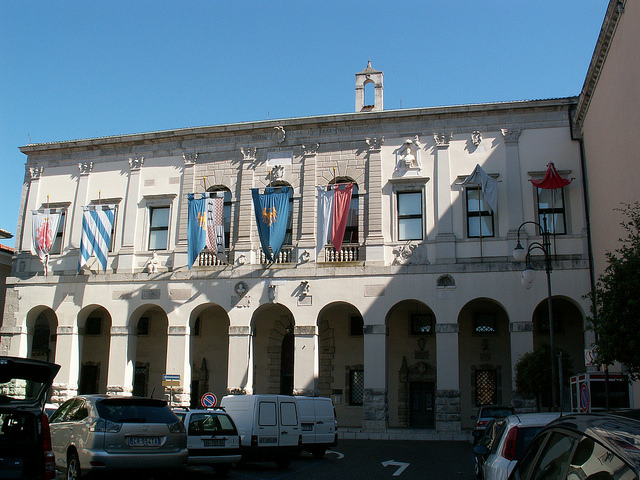 Before visiting the National Archeological Museum of Cividale (which also includes the Early Christian Museum and Langobardian temple visits), it is important to contextualize the history of the town. Cividale is a North-Eastern town which was initially incepted as a Roman military settlement. After the fall of the Roman Empire Langobardsangobards ( a tribe originating from Scandinavia ) came and conquered the area without destroying or raiding any cities. They opted for integration instead of destruction, and decided to combine their culture and traditions with the Roman cultural and artistic practices. By doing this, they gave birth to a thriving artistic period which lasted until the conquest by the Holy Roman Empire.

“Cividale’s museums were built to testify the passage and the heritage this tribe left to us “. That’s the first thing I thought as I approached the town. When my friend and I arrived at the Museum ticket office we were glad to see that the amount for European youths until the age of 25 have to pay only a reduced rate of just six euros not only for the Archeological Museum entry, but also for the Langobardian temple and for the Early Christian museum ones.
We opted to check out the temple first. It’s a very small building which contains traces of frescoes that illustrate Christ’s life and stories from the Bible. Out of the six statues on the top of the building that represent saint women, two of them are said to represent the gift of the faith offered to humanity, the other two show the reception of it, and the last two illustrate the implementation of the gift by the act of praying. Langobards accepted the religion of Romans and absorbed it as their official faith.
The second step was to visit the Early Christian Museum, which, in addition to preserving a series of remarkable Christian items and relics, contains marvelous architecture, such as Callisto’s Bactesimal Font. It is a structure with an octagonal shape and Corinthian columns. In addition, it also preserves the Altar of Duke Rachis which consists of four flagstones. Famous Biblical incidents atre depicted here, just as the Adoration of the Magi and Jesus Christ coming down from Heaven.

The final destination was the most important part of our museum crawl. The Archaeological Museum contains important Roman columns and shards from buildings that were preserved over the centuries and Langobardian items and artifacts, which are housed on the rgound floor and first floor respectively. The tribe decided to “recycle” Roman architecture to build their own buildings, which were actually inspired by Latin design. On the floor above, one can see artifacts such as weapons, armors, ornate artifacts, and coins of Langobards. These artifacts were discovered in Langobardian Necropolis near the town.
Discovering all those archeological marvels, I began to see museums in a different light. The treasures they preserve are not only for deepening our understanding of the past. I started to project them with reference to the contemporary age. The benefits the interaction between the Langobardians and the Romans made me think that we could only learn from the past to understand how to avert a fear and mistrust towards strangers. Museums should be considered as places where history becomes useful for learning from mistakes and evolving with the passage of time.

The art of Muralism in Mexico

A visit to the Jai Vilas Palace Museum