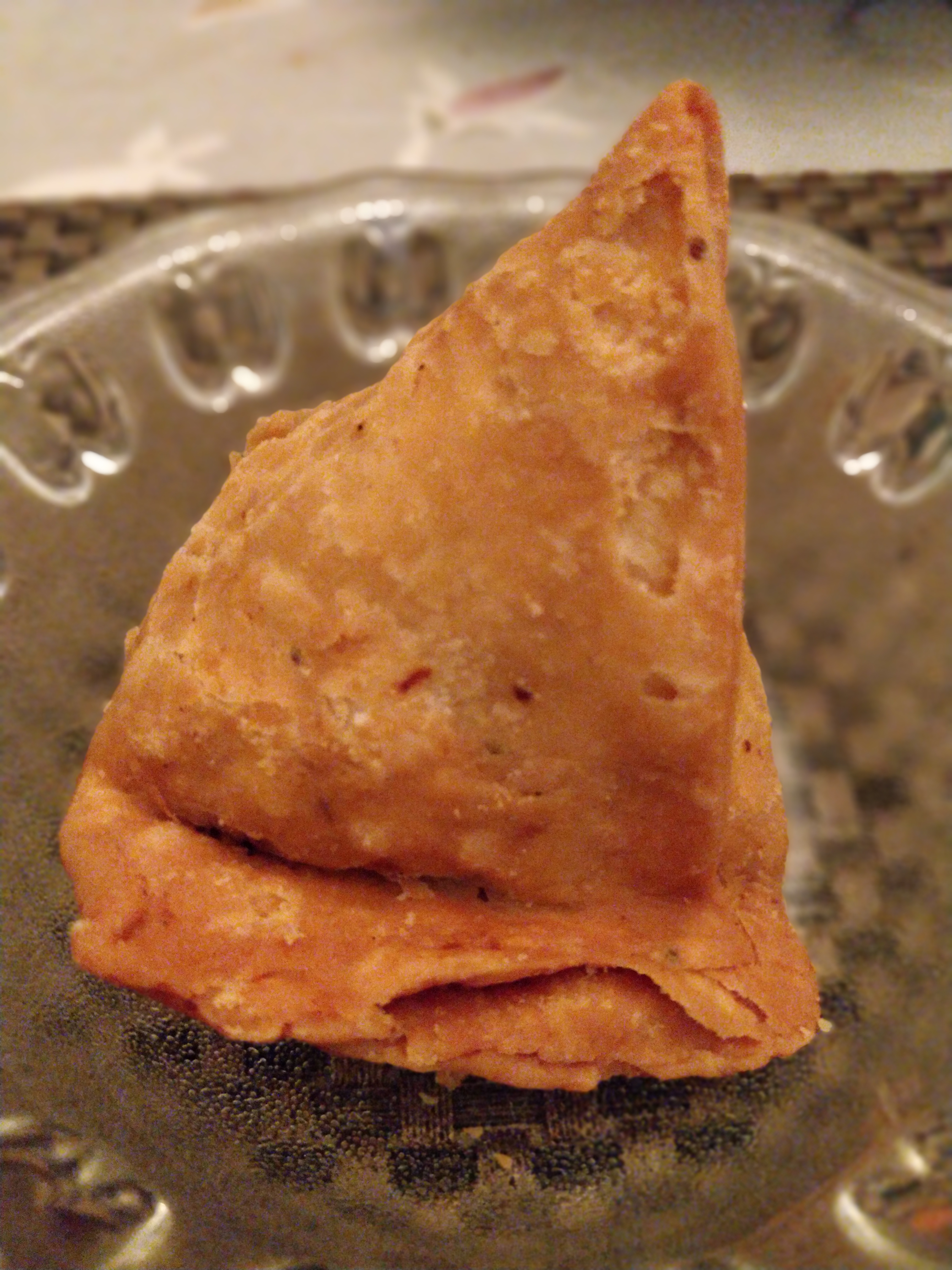 The Samosa is one of the most popular Indian snacks. It is among those dishes that are universally eaten across India . This is a cheap, no-fuss snack which is often eaten with cup of tea, and coriander sauce and tamarind sauce.

The samosa is a cone shaped snack, made from wheat flour, filled with potato and you can have as many fillings as you want to. It is a fried snack, which is what most Indians prefer, and often crave for on a rainy day. It has evolved in several shapes and forms. Most popular of its evolution is Khasta and Kachori another famous Indian snack.

Our very own favourite Samosa is not truly our own. It travelled to India from central Asia around 16th century. The dish originally had filling of chicken. Potato is not native to India, and was not found at that point of time. During the Mughal rule, several new dishes evolved in India which led to development of its Indian counterpart.

In the capital, Shahjanbad, during the end of 17th century, we notice that ‘Bawarchis’ of Delhi had started filling it with Potato, adapting the dish to match local tastes. It has evolved differently in different parts of the country. It was originally named as Sanbusak, Sanbusaq or Sanbusaj which evolved to be known as the  Samosa. It also developed as a trade snack, which has travelled far and wide from Egypt to central Asia to India where it gained popularity. Hyderabad still sticks to the original recipe that involves the usage of a meat filling. This dish is called a Luqmi. Its latent forms, Khasta and Kachori are very local and they too have evolved through around a  hundred years.

No matter where it comes from, all of us Indians love samosas, and it always to be considered as a golden addition to our trove of food culture due to ehw power with which it has stuck as a distinguishing recipe within the Indian mainframe of food heritage.

A recipe for Efik Vegetable Soup