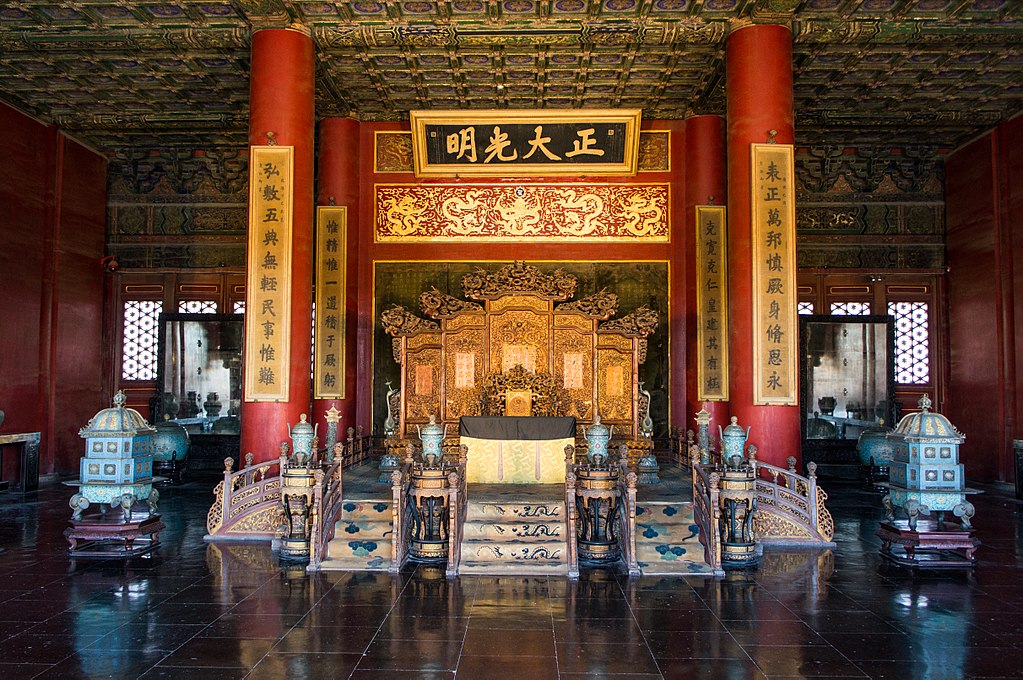 The forbidden city is situated in Beijing, China. It is one of the most well preserved palaces in China, throwing light onto the royal heritage and the glory, supremacy and antiquity of Chinese culture.

The Forbidden city was the home to 24 Chinese  Emperors, and occupied 720,000 sq. m. It has more than 90 palace quarters and courtyards, 980 buildings and nearly 8,728 rooms. It is the world’s largest collection of well-preserved ancient wooden structures that has survived the history of China.

The pavilions are painted in red, but some in green. The roofs are made of yellow glazed tiles; yellow being the colour of the emperor. Yellow and red were the two most important colours favored the Chinese emperor. The Forbidden city is mostly decorated with animals with demonic faces like pell-mell a dragon, a turtle,lion, lioness etc.Some of these statues are in bronze and others are in marble.The storks and bronze turtles are symbols of immortality,so they were associated with the emperor.

The most interesting place in the Palace is the gate of Heavenly Purity. It was the sleeping quarters of the Emperors inside the Forbidden City. It was built in 1420 and rebuilt in 1798. The imperial garden is the smallest out of the eight areas of the palace. It is located outside the Gate of Tranquillity. It was a private retreat for the royal family. There are around twenty structures, built in various styles, and beautiful flower beds adorning the area. There are also a plethora of objects in the surrounding areas like bronze incense burners.

Another site within the complex is the Hall of peace, which is a major building in the garden, occupying the central part of the perimeter. The Hall is called Qin’andian. A 400 year old pine tree, known as Consort Pine, grows in front of the hall, symbolising the harmony between the Emperor and the Empress.

The old and forgotten ‘Thattai’ work

Discovering the city of York