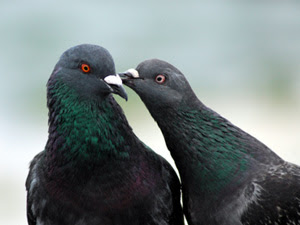 Valentine’s Day is a much-celebrated event held annually every February 14. Though various theories emerge to its origin, there seems to be no doubt that it has well-established itself as one of the most commercially-viable celebrations after Christmas (A&E Television Networks, 1995).

It seems odd that a particular day every year is reserved for “love” when it is but necessary for people to love one another, even on ordinary days. Valentine’s may be most popularly known as a “Day for Lovers,” but then again, there are different kinds of love, outlined in the Greek concepts of storge (loving attachment that binds parents to children), agape (selfless love, mostly associated with generosity and charity), philia (friendship love), and eros (passionate or romantic love) (Rathus et al., 1997), with the last one being the most celebrated theme on this day.

Valentine’s, may it fall under a weekday or a weekend, gives special reason for couples, would-be couples, friends, even families, to be home early, or late, depending on who is with whom. There seems to be a dichotomy between singles and non-singles, with singles preferring to celebrate it at home with their families, or with their friends; and non-singles spending the night with their “special someone.” Couples particularly like this occasion as a reminder of their sincerity with one another. “Kailangan siya (It’s needed: Valentine’s Day) for married couples because it feels like being on a dating stage again… Even a simple dinner or a bouquet of flowers can make a lot of difference,” my Mom says.

Businesses are also happy during this day. Indeed, in the US, Valentine’s Day is a $14.7 billion industry (Aveni, 2003)! There’s a lot of concentration of people in restaurants, with establishments gearing up with the “love” mood by decorating their places with red-colored balloons, heart-shaped cranes, and cupid cut-outs.  Others even offer “Valentine promos,” with freebies and Buy 1 Take 1’s among others. Notably, motels are also in boom for this day, with promos ranging from “Free 3 Hours,” to a 10% discount on particular check-in times and themed rooms. My aunt, who co-owns a motel in the province, says that “During Valentine’s, all our rooms are occupied all day, all night.” (*wink*)

And who else can forget all the trinkets, teddy bears, pillows and all those red-colored-heart-shaped-“I Love You” stuff? A week or two before February 14, stalls literally sprout on the middle aisles of malls; and sidewalk vendors wait outside schools, hoping to sell flowers and chocolates. Small to big businesses set up “Valentine editions” of their saleable treats, ranging from heart-shaped doughnuts to heart-shaped tin cans.

Even musicians find ways to go in tide with the season: from concerts to albums, all tagged “Valentine’s Specials” though they typically are just renditions of the usual love songs. With the running boom today, a “Couples Run” was also recently established wherein couples should hold hands as they cross the finish line. How sweet—and sweaty.

Valentine’s may go with the tide of different generations, but it is never without the Big Three: Flowers, Chocolates, Greeting cards. According to Thompson (2000), there are 3,467 chocolate stores in USA which find a great demand on Valentine’s, more than other candy specialty stores do (e.g., marshmallows, hard candies, gummy bears). Flowers also find their way in many homes on this day, with 189 million stems of roses sold in the US alone (Thomson, 2000). There’s the perennial question of, “Did you get any flowers for Valentine’s?” A worker from Esting’s, a famous floral shop in Pampanga, says that particularly saleable are red roses, flowers in threes, and in dozens. Dangwa in Sampaloc Manila, a favourite flower source of those on-the-budget, sells P3-P5 per stem of rose; but this can shoot up to P10-P12 when Valentine’s arrives. But this shoot-up never seems to slow people down with a sudden increase in demand for this occasion.

If there is a generational difference that is so striking with Valentine’s, it has to do with greeting cards. Before, it used to be handwritten notes and greeting cards bought in bookstores. As I scanned my parents’ “love album” (yes, it’s cheesy), placed on it were their most memorable correspondence letters, with heart drawings and all. A letter could arrive in 3-5 days, with my Mom in Nueva Ecija (in central Philippines), and my Dad in Ilocos (in the north).

Today, with the invention of chat, email and networking sites, sending greetings could be just a click away. Some find it beneficial for they can send in more greetings to more people in less time; others, especially the older generation, feel this kind of technology diminishes the sincerity of the greeting, for aside from being a product of less effort, one cannot really distinguish a personal message from another sent through a “Send to Many” feature.

Commercialization seems to have legitimized the presence of “Valentine’s.” Would the occasion be as celebrated as it is today without the media? One legend says that Valentine’s Day is a commemoration of the death anniversary of Saint Valentine, a Roman priest who continued to officiate marriages despite Emperor Claudius II’s decree that marrying should be banned (Davidson, 2006).

Another story says that Valentine’s Day was formally launched by Pope Gelasius in an attempt to “christianize” celebrations of the Lupercalia Festival in Rome deemed “pagan” by the Catholic Church (Rau, 2001). Lupercalia was then celebrated both for purification and fertility, with single men and women being randomly paired up with each other (much like a blind date) to close the one-week celebration. How February 14 transformed as a day for romance is still a matter of debate, but for sure, religion, media, the State, and yes, ecology, all had significant roles to play for this distinction.

February is a month of all sorts: the start of spring, start of the bird mating season, and the harvesting season for flowers in high altitude areas. From here I shall focus on bird mating.

Most birds start to mate in the middle of February. Some researchers point out February 14, in particular, as the start of this mating season (Mayntz, 2005). In the early 1380’s, Chaucer even offered a written record of this belief in his love poem, “The Parliament of Fowls”: For this was on St. Valentine’s Day/ When every fowl cometh there to choose his mate.

During this time, birds exhibit courtship behaviors to hopefully win a mate; and, for the “married” ones, to help them relax together as they prepare to produce offspring. Birds try to show off their best selves during this time, in the hope of showing their strength, good health and mating desirability.

Curious of this phenomenon, I consulted my uncle, a bird enthusiast based in the U.S. He agrees to this, saying that whenever he goes outdoors on Valentine’s eve, he always hears barred owls and Eastern screech-owls hooting loudly, which is a sign of courtship. After sunrise on Valentine’s, he encounters black-capped chickadees practicing their territorial fee-bee songs and hairy woodpeckers drumming on hollow trees. From his 25 years of experience on the field, my uncle adds that this kind of bird behavior is a very real biological response to the changing seasons.

Courtship behaviors aren’t universal though: it differs for every species, to help each one distinguish a potential mate from their own species. The most popular of these courtship behaviors is singing. Singing helps advertise a bird’s maturity and intelligence—desirable characteristics for a healthy mate (Duke University, 2002). It can also define the boundaries of a bird’s territory, ultimately to warn off competition. In many species, only the male will sing; but for the others, they may create a duet as part of the bonding ritual.

Another one is dancing, which includes daring dives to intricate sequences (e.g., wing flaps and head dips). Mistakes in one’s moves can mirror inexperience or hesitancy. Like in singing, in many species, only the male will dance; but for others, both partners interact with one another.

Another form of behavior is showing displays, which is a way to advertise one’s strength and health. Male peafowls are the best known for their stunning display of extensive fans. And yes there is also preening, which, just like in humans, aims to show that would-be mates care for and do not intend to harm each other. Birds may lightly preen one another, sit with their bodies touching, or lean on one another.

Offering food is another common courtship behavior. A male bird may bring food to the female, not only to show his resourcefulness and skill, but more so his willingness to share what he worked for. For some species, the male places the food directly in the female’s mouth, as might be expected when helping feed hungry nestlings. Birds do have architectural skills, too, which is also a part of the entire courtship process. Males construct nests before the female arrives to show areas they can defend. They decorate it with pebbles, moss, flowers or even litter to make them more eye-catching.

Until today, researchers believe that birds do not form emotional relationships like humans do, and their principal drive for forming a pair is to produce offspring. But then again 90% of all bird species go into monogamous relationships for the rest of their lives. Why they choose to be mates for life should be a subject of future research. Examples of such species are bald eagles, mute swans, Canada geese, common ravens, sandhill cranes, barn owls, red-tailed hawks and ruby-throated hummingbirds.

It is interesting to note that in medieval Europe, young girls believed that they could tell what kind of man they would marry depending on the type of bird they saw first on Valentine’s Day: a blackbird means a clergyman; a robin redbreast indicates a sailor; a goldfinch, a rich man; a sparrow, a farmer; a blue bird, a happy man; and a crossbill, an argumentative man. If they saw a dove, they would marry a good man; but seeing a woodpecker meant they would not marry at all (Rau, 2001). How these connections have evolved in medieval Europe is still a matter of debate, but thinking of birds in terms of “signs” of future partners could well-establish one of the many reasons why birds are connected to Valentine’s.

February 14, indeed, is a day of and for love. Couples spend this day together, hoping to re-establish ties; and would-be couples use it to hopefully win each others’ favors. Birds, too, as a biological response to the seasons, start to mate during this time, hoping to find partners that they can mate with for life. It is humbling to think that as humans we have been greatly swayed by the increased commercialism of recent years; while these fellow members of our ecosystem, killed “for fun” and stuffed for business, know better than we do in making sense of the true meaning of Valentine’s Day—a day that should be of and for love.

Aveni, Anthony. (2003). The Book of the Year: A Brief History of Our Seasonal Holidays. New York, NY: Oxford University Press.

Note: This post was first published on this author’s blog.

Factfile: The Historical Markets in London