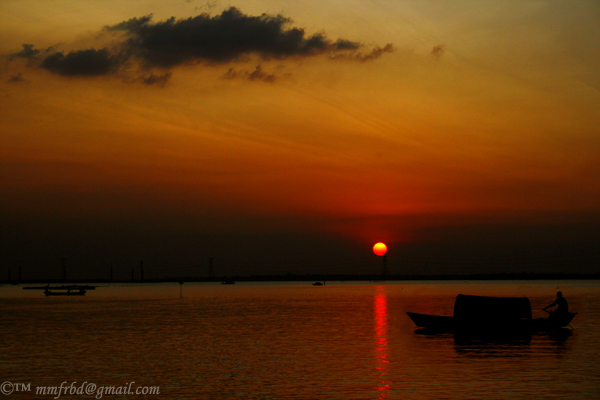 Thousands of Boatsmen have lived in Bangladesh, often known as a river irrigated land. These boatsmen have adopted the legacy of own traditions and culture for centuries. Due to the lack of money and food they needed to struggle for their families as daily basis.

To ease the frustrations, desperations and to control their emotions, those boatsmen invented a form of music with their own tradition and flavor called ‘’Bhatiali’’. The pieces were composed by the boatsmen themselves. Each of the lyrics of those songs and described aspects of their life and the history of their culture. The flavor of compositions remains the same, and that was the reason at that time those songs were so popular. However,  unfortunately no one knows who was the lyricist to these initial musical marvels.

If anyone finds out the meaning of their lyrics, they’d have a picturesque view of the culture that these men followed for years and years at a stretch. Their daily struggles, the poverty suffered, the beauty found along the river beds are all expressed in the music.  In some songs, situations of love and loss have been hidden in the descriptions of boats, flowing water and the lonely boatmen of the rivers. Notable collectors, composers and writers in the Bhatiali genre came to the forefront as time passed. These include  Miraz Ali, Ukil Munshi, Rashid Uddin. Jalal Khan, Jang Bahadur, Shah Abdul Karim and Umed Ali.

The folk music of Bangladesh is diverse and varies from region to region but the Bhatial Songs and music still remain alive, imbued into the flow of rivers. These songs are still sung by the local boatsmen alng the banks of various local rivers of Bangladesh like Barishal, Kushtia, Sylht Ect.

Culture in the Himalayas

Jalebi through the years