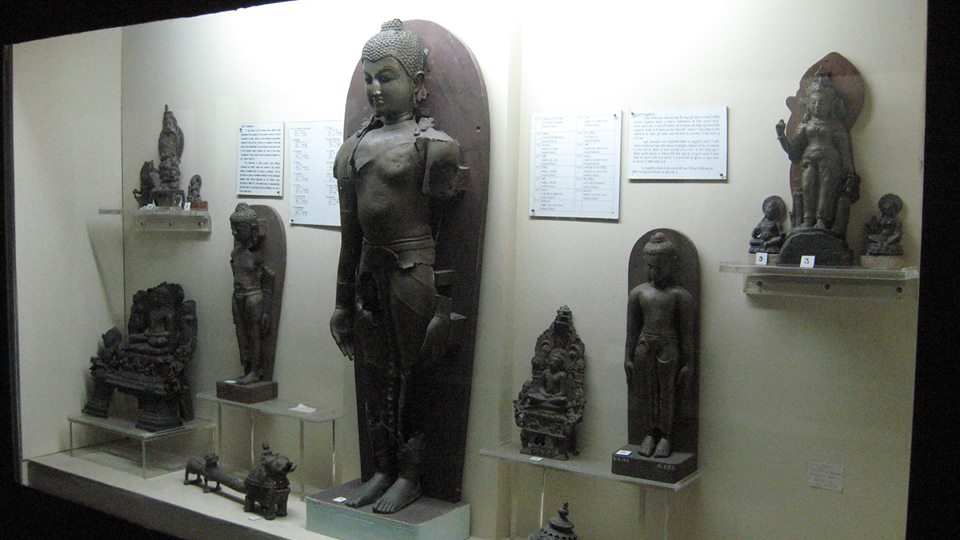 The Baroda Museum and picture gallery showcases the masterpieces of Jaina Sculptural Art, popularly known as Akota Bronzes. Considered as one of the most famous museums of the country it’s located at Sayaji Baug complex and was established in 1887 by Maharaja Sayajirao Gaekwad III.

It took 7 years to complete building this Museum and was established in 1894. The Museum preserves a rich collection of art, sculpture, ethnography & ethnology. The picture gallery offers an excellent collection of originals by famous British painters Turner and constable and many others attract tourists from every part of the country.

The Akota bronzes represent a hoard of Jama images discovered at Akota near Baroda. Only two of the Akota images have dates inscribed on them, while many of the others bear inscriptions.

Akota Bronzes represent a rare and important set of 68 Jain images, dating to between the 6th and 12th centuries CE, which were found in the vicinity of Akota near Baroda in the Indian state of Gujarat. It includes rare Gupta period bronzes that have been widely used for comparison of Gupta period art. Akota (formerly Ankottaka) was a major centre of Jainism in the 5th century AD and is mentioned in texts. The hoard provides information on metallic art and development of metal technology during Gupta, post-Gupta and medieval period.

The images were dug out sometime before June 1951. A University of Baroda professor brought five of them to archaeologist U.P. Shah for examination. U.P. Shah eventually purchased most of the images from local individuals and presented them to M.S. University, which are now in the Baroda Museum. Only two of the images are dated. U.P. Shah dated the rest of them on palaeographic basis. They range from the 5th to 12th centuries.

The gamble of trick taking: The Ganjifa card game