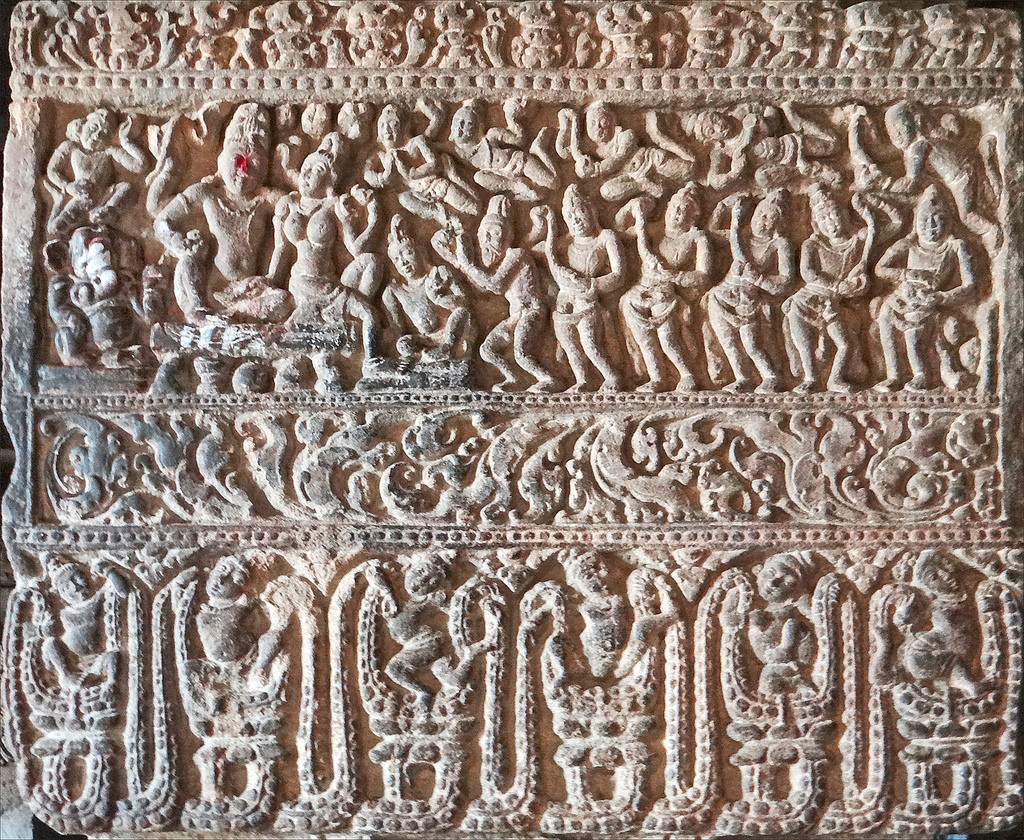 The Someshwara temple is located in Halasuru in Bengaluru, Karnataka.  The temple was believed to be a gateway to open markets in the ancient times, as there are two doors to the temple. It was also a place for social activities such as marriages. The Gowda and Maratha styles of architecture is prominent in the temple. Lord Shiva is worshiped in the temple.

The wedding of Lord Shiva and Goddess Parvati is the most celebrated event in India. The marriage ceremony is attended by Lord Brahma from Lord groom’s side and Lord Himavantha from the bride’s side.

You see lord Himavanta, the god of Himalaya and father of Parvati performing kanyadan in the wedding sequence in the temple. He has mount Himalaya on his head (figure on the left of Parvati) .Lord Brahma on the clouds, to Shiva’s right.

The grand event of Lord Shiva taking Goddess Parvati with him on Nandi and accompanied by Lord Brahma who is seated on a beautiful Swan which can fly and take them into the clouds.

The reception ceremony with Lord Shiva and Goddess Parvati seated in the center and the dancers on either side. The musical ceremony makes the event a matrimonial harmony.

Makeheritagefun at the Mzuzu Botanical Gardens

When running a race makes you culturally aware