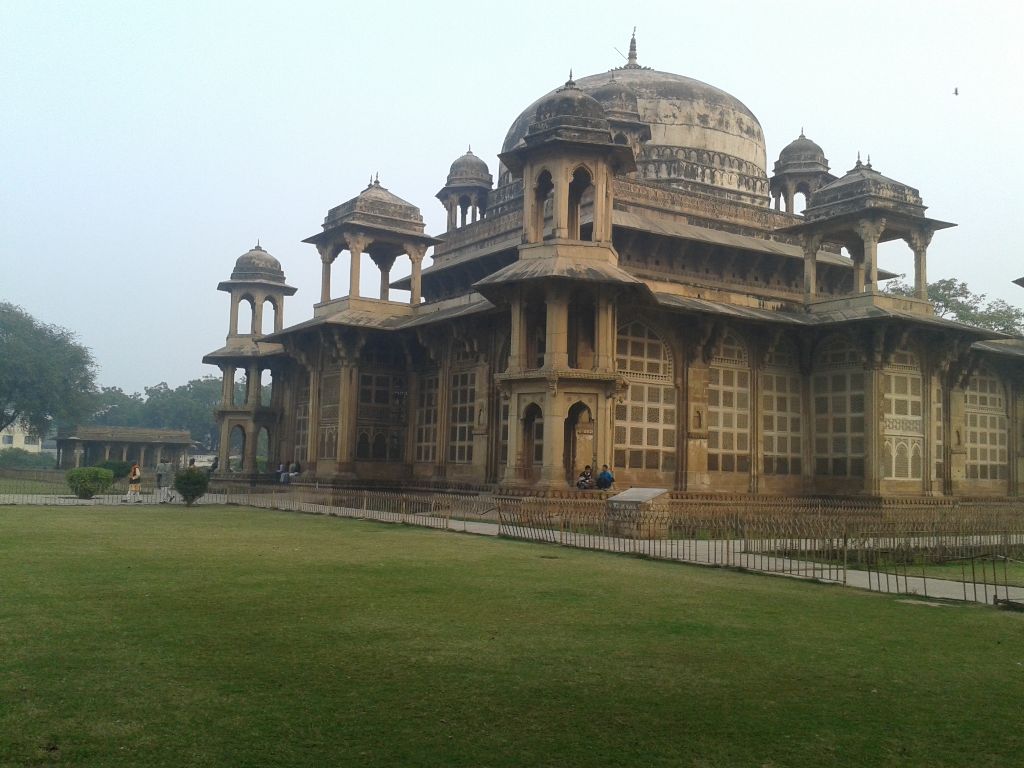 India is a heritage rich country,and so is my state MADHYA PRADESH which is known as HEART OF INDIA. The city to which I belong is GWALIOR,and why is  it famous among music maestros..well i will tell you why?

I grew up reading in newspaper about the TANSEN SAMAROH. Well! as a kid I hardly knew what it is and who Mr.Tansen is…but as i started paying attention to my bedtime stories narrated by daddy, I came to know all about this great man. So Tansen was born in Behat,Gwalior with a name RAMTANU PANDEY.

At the age of 5,he started showing interest in music. He took his initial music lessons from Saint Haridas who was a stellar at Gwalior court. At that Gwalior Court was ruled by King Maan Singh Tomar, he was so impressed by the singing of  Ramtanu that he honored him with name TANSEN. It is said that there was no other better singer than TANSEN at that time and no one could match his singing skills. In his youth he took music lessons from Mohammad Ghaus, with whom his connection was spiritual.  Tansen learned from two different teachers and hence all his works show a fusion of BHAKTI KAAL and SUFISM.

King Akbar invited Tansen to his court after hearing about his talent. Tansen joined Akbar’s court and became one of his Navratna i.e one among the NINEJEWELS of Akbar’s court. It was Akbar who gave Tansen the title of MIYAN. Since then he is known as MIYAN TANSEN. As he was born in Gwalior, so after death he was buried in the mausoleum of MOHAMMAD GHAUS his guru or teacher.  This mausoleum is also in Gwalior.

Every year in the month of November and December a national music festival TANSEN SAMAROH takes place in memory of Tansen. This festival started in year 1985 and continues till now. Many great legendary singers are invited to perform. This made Gwalior famous worldwide. Yes Tansen’s tomb plays a big role in Gwalior’s history as this festival was started by Scindia’s, former rulers of Gwalior province. It gave worldwide acclaim to not only Tansen and his art but to this city too. Tansen’s tomb has been declared to be of National Impotance under the ancient monuments and archaeological sites and remains act 1958.

Tansen’s tomb is just 11 minutes away from Gwalior Railway Station. It is open from 8 am to 6 pm ,even on Sunday and on National Holidays. The best part is there is no entry fee or ticket. As it is a mausoleum og Mohammad Ghaus,Tansen and followers of them hence you see a lot of shops outside the monument offering Holy Sheets and flowers.

The experience of my visit at the tomb was wonderful. The ambiance was very nice and calm. The whole premises was very well maintained by the ARCHAEOLOGICAL DEPARTMENT OF INDIA.There was a tight security. The care taker’s present there were helpful in nature and gave very useful information about the history of the tomb.

The past continues to live within us