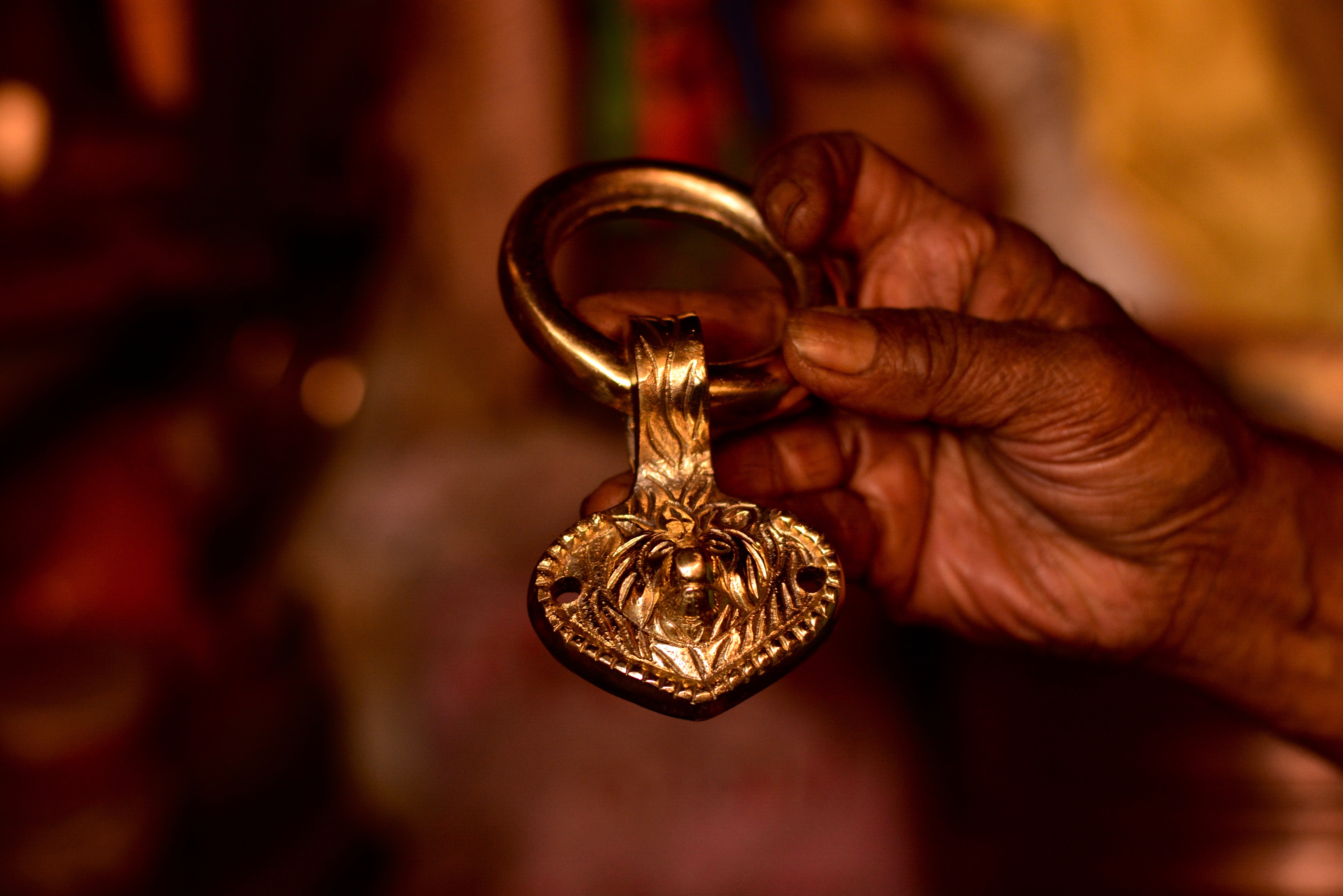 As opposed to a lazing away the Sunday in bed, on the 26th of March I decided to participate in the Make Heritage Fun! Campaign organized by GoUNESCO. A batch of around 20 students from the Symbiosis Centre for Media and Communication set out to visit a few key heritage sites around Pune such as Shaniwar Wada, Kesari Wada, Mahatma Phule Mandai and Tambat Ali. Among all the intriguing sites we visited, I found myself utterly fascinated by Tambat Ali -an archaic abode lying hidden in the midst of the chaotic city.

A few relentless beams of light fought their way through layers of concrete to illuminate the quaint alley of Tambat Ali, a society of coppersmiths woven into the fabric of Pune. It rose from foundations built over four centuries ago by the legendary Peshwas of India. While it was made of stones over 400 years old and contained unhinged doors and battered windows, its landscape was also dotted with electric cables, plastic wrappers and automobiles. To me, the place seemed to be waging a constant war with itself, as though it were torn between tradition and modernity.
Through the cracks in the cement a few resilient creepers appeared, as though drawing my attention to the moss coated rocks underneath that served as the foundation of the coppersmiths’ huts. Their ramshackle roofs were lain with sun-baked red bricks and bordered with shimmering plastic lanterns that swung in the breeze. Wooden doors with peeling blue pigment told stories of the days when their colours had shone as brightly as the afternoon sky, yet the windows were cluttered with stainless steel utensils and cosmetic products. A dusty wheelbarrow lay broken against the wall, as though exhausted after battling against its replacement by a bright red bicycle adjacent to it.

The members of Tambat Ali seemed as conflicted as their environment. Although the skill of converting a dull copper sheet into a perfectly uniform utensil had been handed down almost seven generations, they were doubtful of its survival. One of the coppersmiths, an old fellow with a wide, toothy grin, led us to a storeroom behind his workshop which was a small room with the only source of illumination being a tiny window. He informed us that this had been his line of work ever since he could remember, but his son had opted to pursue mechanical engineering. Although disheartened, he encouraged him because he knew that a coppersmith like him earned barely enough for sustenance, and his job commanded a low status in society. As he spoke, rays of sunlight reflected off the countless copper vessels and filled the room with a wonderful golden glow. Despite his trials, this was the only art he knew and loved doing.

The air around Tambat Ali has been ringing with the sounds of these craftsmen’s hammers for myriad years, but today the sound seemed to be oppressed by the continuous honking of oncoming traffic. Although they have devoted their lives to creating these intricate copper vessels that are sold in both India and abroad, their art is in danger of being consumed by the diabolical avatar of modernization. In an effort to conserve their treasured heritage, the members of Tambat Ali have contributed towards the construction of a museum that will display their products.

I sincerely hope that aside from a few treasured pieces stored meticulously behind dusty glass cabinets, many more people are able to witness the shrill ringing of metal on metal, the diffused golden light being reflected off thousands of polished vessels and the beehive of activity that is contained within the enchanting streets of Tambat Ali.

Ira Gopal is among the  20 students a.k.a heritage enthusiasts from The Symbiosis Centre for Media and Communication who participated in the Make Heritage Fun! event held on 26th March 2017, in Pune, India.

When history speaks in the glorious city of Pune

Egypt on a plate: Food crawl