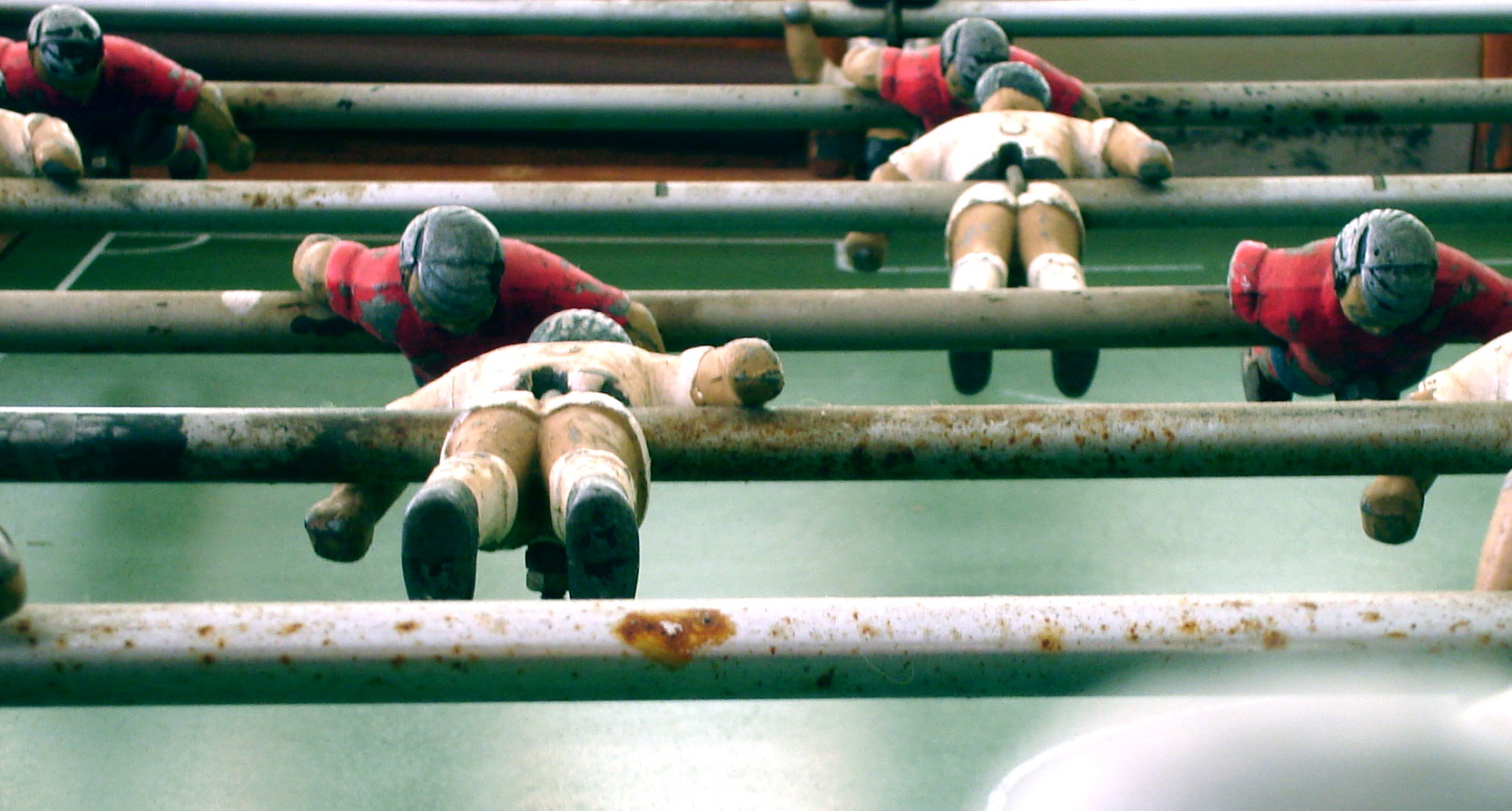 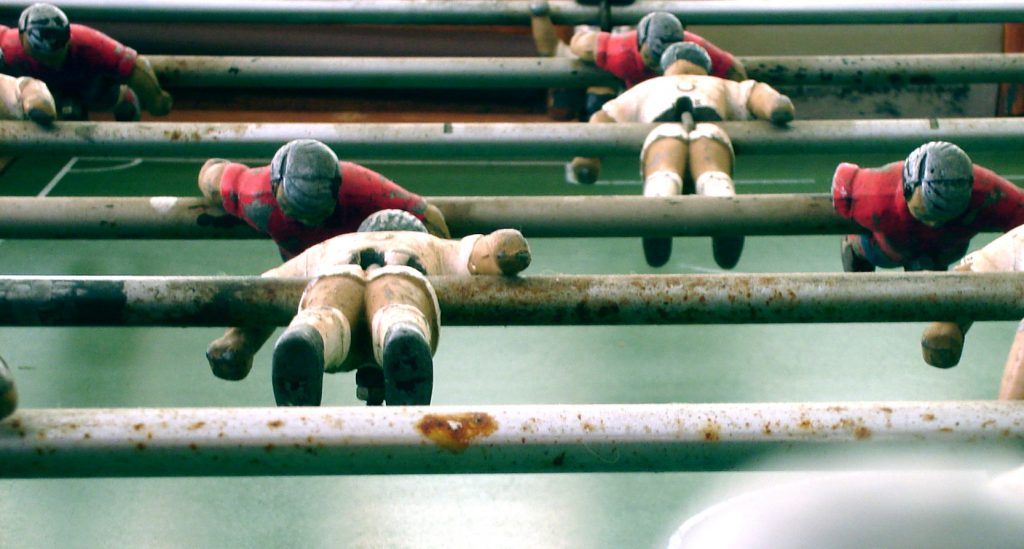 Table football is a common entertainment all over the world. Probably everyone played once this sport but not everyone knows where it comes from.

He had an animated life. At 15, he moved from A Coruña (where he grew up) to Madrid, when the business of his father was bankrupt. He had to correct the younger students´ homework in order to pay his studies.

During his youth he worked as builder, typesetter and tap dancer.

In November 1936, when the Spanish Civil War started, Alejandro was injured under rubble by a bomb. He spent a lot of time in the hospital recuperating from the injuries of the war. He loved playing football like other teenagers, so inspired by table tennis, he invented table football (in Spanish- futbolín). A carpenter friend, Francisco Javier Altuna helped him and built the table and carved the figures. The idea of his invention was alleviating the sadness of many mutilated children by the war.

In 1937, he patented the table football. After the fascist victory, he went into exile fleeing over the Pyrenees to France and the papers of his patent were destroyed.

After that, Alejandro moved to South America and continued with his literary works He established contacts with many people, who like him, they were forced leaving Spain during Franco’s dictatorship. At the time, he went again into exile to Guatemala and developed the table football. He claimed Che Guevara have played football with him.

In 1954 during his stay in Mexico, Franco´s agents tried to kidnapped him, putting on a civil passengers plane with the aim of taking him back to Madrid. He used a piece of soap covered with aluminum foil, as if it was a bomb. shouting out, “I am a Spanish refugee, they’ve kidnapped me, and I know how to stop this plane arriving at its destination if I have to” , he forced the plane to land in Panama and he escaped. 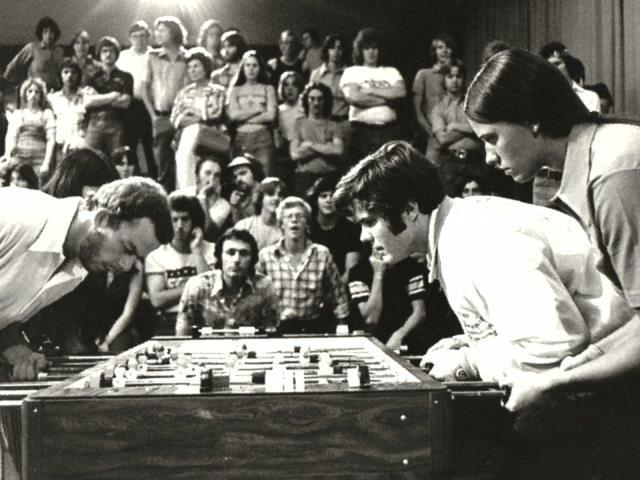 As every sport, the table football has some rules with intentions to unify many variations of this game.

This sport has two teams. Each team must be located on one side of the table and can be played by two individuals (singles) or also with four people (doubles).

The team that wins the toss takes the kickoff to start the match. Table football can vary in size, but a typical table is about 120 cm long and 61 cm wide. The table usually contains 8 rows of men, which are plastic, metal, wooden, or sometimes carbon-fibre figures mounted on horizontal metal bars. As in a football match, in table football there are eleven figure players.

In this scenario, one player usually controls the two defensive rows and the other team member uses the midfield and attack rows. The players have to move their wrists to shoot the ball. The main objective of the game is to shoot as many ball as possible into the rival´s goal. Each round is usually played with an odd number of balls, 7 or 9. This arrangement will avoid a tie between the two teams.

After knowing the fascinating story of the inventor of the table football, surely you will remember him every time you play!

In the land of basketball

Áyoàyó – Nigeria’s NO 1 board game