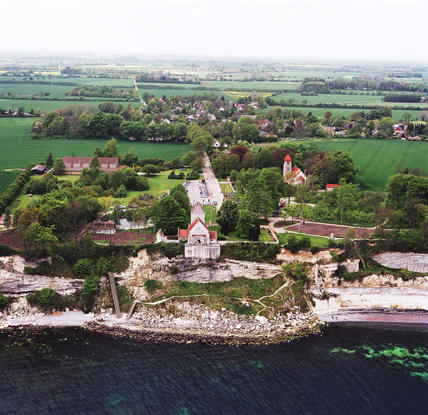 The tourism economy is essential to Danish society. It generates 120,000 full-time jobs and drives growth of DKK 82bn in revenue, which supports the welfare of the Danish society (EVM 2014). According to Denmark Ministry of Business and Growth (EVM), Danish tourism has stayed the same for five years (2007 to 2012) while Europe as a whole enjoyed growth. While tourism in Copenhagen achieved growth of 35 percent (2008 – 2012), tourism in coastal and nature tourism has suffered a significant decline. Still, coastal and nature tourism is a central market for Danish tourism as most of the visitors enjoy the nature and the easy access to water in Denmark. Therefore, one aspect of the growth plan is to develop the coastal and nature tourism. The plan includes promoting the small-scale tourism in rural districts and incorporate Danish countryside and natural features as a tourism product. In line with this initiative, last 2009, Stevns Municipality, Østsjællands Museum, and the Heritage Agency of Denmark launched a combined effort to have Stevns Klint inscribed on UNESCO’s World Heritage List (Stevns Kommune 2011). It is to represent something entirely unique and outstanding in Denmark that has the potential to assist the local tourism plus enhance the community pride and awareness.

Stevns Klint (SK) was awarded World Heritage status at the 38th session of the World Heritage Committee meeting on June 23, 2014 (UNESCO, 2014). Denmark has now its first two natural heritage sites added on the first-three-world cultural heritage sites4 (Kulturarv, 2010). The mission for Stevns Klint is to implement sustainable development in the area, in accordance with the objectives of the new World Heritage and Sustainable Tourism Programme. According to UNESCO (2014), the program represents a new approach based on engaging broad stakeholders in the preparation and management of sustainable tourism thru communication and empowerment of local communities. The program is made to realize the fact that the community is a critical stakeholder in the tourism system and process; hence, it is important that tourism development effort in the community is guided by the community’s reaction. The attitude or perception of the local residents towards tourists and tourism is vital to the sustainability of the industry.

The Paralympic Games: The Achievement of Inclusive Sports