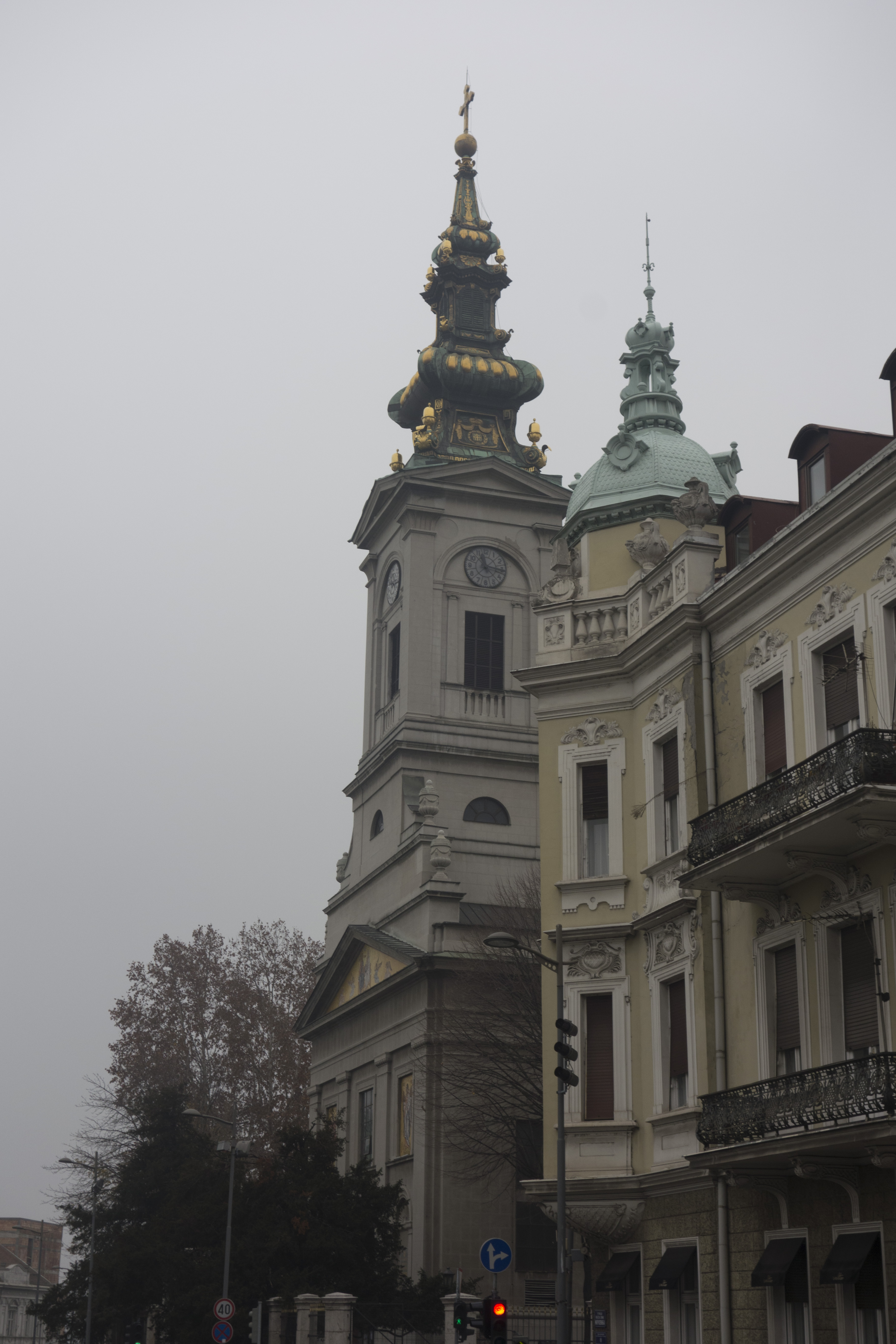 Belgrade, capital of Serbia, represented through the centuries the place where different cultures were developed. The influence of the Celts, Roman, Byzantine, Hungarian and Ottoman empires, Serbian state, left a mark – material testimony evident in the present appearance of the city.

Street King Peter is a meeting place of different cultures and religions and a very important cultural and historical complex, which testifies about different layers of the history of Belgrade. This year I had honor to participate as a coordinator in the event Make Heritage Fun and to encourage others to recall memories about the heritage of this street. At the beginning of the street we can see the face of the city from time when Prince of Serbia Milos Obrenovic was ruling. Under the his reign Serbia became an autonomous principality within the Ottoman Empire. Prince wanted to build Serbian district in the coast of river Sava, and main buildings there were constructed in so-called Turkish-Balkan style. Residency of Princess Ljubica was built in 1830, imagine to be a representative court of dynasty Obrenovic. Prince Milos wanted to show his power and fortune through this residence which was in that time the highest building in Belgrade. But why this edifice have a name of prince’s wife Ljubica? Prince Milos changed the plan and build for himself another residence and this edifice hi dedicated to his wife and sons. The building was invented to represent transitional type of oriental style toward  western European architecture. The areas for women and children on one side and men on the other side, portrayed the tradition of Ottoman architecture, while the pilasters, under roof wreaths and arched windows, shows the European architectural trends.

Few steps further we can drink Turkish coffee and eating Turkish delights from traditional dishes in the old, oriental ambience of Bistro Question Mark. Founder of this edifice was Prince’s commercial consul in 1823, but Prince Milos bought this house from him and maid bistro for local citizens. This building also witnessed the existence of Turkish-Balkan architectural style on the territory of Belgrade. But it’s unusual name is very interesting. The current name was given after a number of changed names and owners. After the title “Beside the Orthodox church,” when the church authorities believed that it is offensive to the institution of the church,  the owner as a kind of protest put only question mark “?”, which is remained even today.

Across the bistro, on another side of street is Serbian Orthodox church of Saint Michael. During this period Prince Milos renewed the church. As the power of Prince Milos grew and links with Europe was stronger, in architecture is noticed the change of style. Its rich architectural decoration, baroque facade and the plan were built on the model of Central and Western Europe stiles. Further walk through the streets of King Peter bring us testimonies about modernization of Serbian architecture. First primary school in Belgrade School of King Peter is built in neoclassical style by first women architect in Serbia Jelisaveta Nacic. Also to this style belongs the edifice of National Bank of Serbia.  Those billings are characterized by clarity, symmetry, harmony, monumentality of expression and clearly arranged decorations.

Developing of Modernism is obvious on the facades of several houses that are decorated in the Art Nouveau style. In those edifices it can be seen digress from academism, use of new materials and floral ornament. All of this heritage monuments in one street testifies about Serbian history visible in influence of Ottoman’s culture which were slowly disappeared and European’s styles which have become more prevalent. Also in this one street are testimonies about different religions that live in Belgrade. Beside Serbian Orthodox Church we can see the building of Jewish community and Bajrakli Mosque. Make Heritage Fun is great manifestation which I recognized as a very interesting event for promoting cultural heritage on easy, uncomplicated and for heritage lovers most accessible way.  I have a lot of fun, and deeply enjoyed in gathering with colleagues and the citizens of Belgrade who were interested in discovering, talking and photographing heritage monuments in Street of King Peter. I hope that some photos reached to other peoples in the world as we meet through hashtag #makeheritage fun important places of different cultures. Heritage sites.

A Heritage Walk To Remember