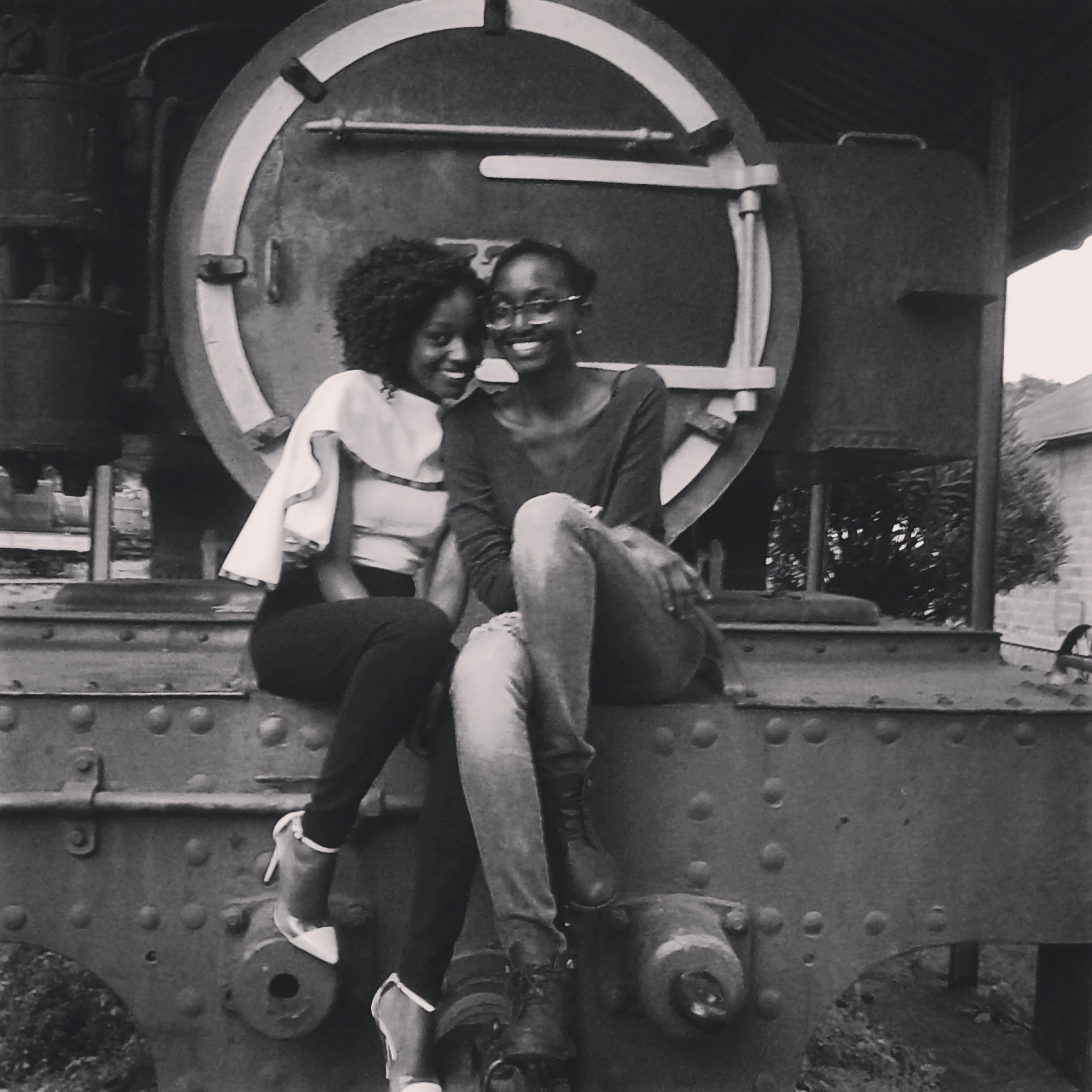 20th December 2015 it’s a Sunday afternoon and its past 4pm but you know what they say, better late than never, we are heading to the Nairobi Railways Museum and I have to say it’s quite a distance from the CBD but we trudge on, me and the very lovely Winnie Waithira who by the way is in these fancy high heels looking gorgeous as always but walking slower than ever as if we weren’t already late enough! Neither of us have ever been to the museum (shocker because it’s located within the Nairobi CBD area which we frequent every single day) so we have no idea where the entrance is but after asking for directions, minutes later and we finally arrive.

I have always enjoyed going to museums and this was no different, we walked around taking photos of the old trains and beautiful paintings and reading about all the different things that were being showcased inside and outside the museum. There were 6 other people who had turned up for the event and we got to talking and had a round of introductions and shared the reasons as to why we had all come for the event.

My reason you may ask? Well it’s really simple, aside from the fact that I had never been to the Nairobi Railways Museum and I thought it would be a fun activity to partake in, I love to travel. But for someone who is in love with the idea of travelling, to me that’s all it is, an idea one that I would like to turn into reality. Over the years I have a bit of travelling but not as much as I would have loved to. I have always dreamed of going to the sandy beaches of Zanzibar and Mauritius, visit the Piccadilly Gardens, eat the delicious and spicy food sold on the streets of cities in Asia and heck maybe even conquer the cold icy slopes of Mt. Everest. But sadly when I think of travelling my mind goes to exotic locations outside the borders and boundaries of my country but to be honest, in as much as it had never really occurred to me I don’t have to go far to have a great travelling experience, I can start right here in my own beautiful country, Kenya and that’s exactly what I plan on doing starting with the marked out UNESCO World Heritage sites. As I was going through the sites I couldn’t believe that I’d only been to two of the sites while people travel for miles across seas and oceans to see what’s always been in my back yard-this had to change!
The other reason was motivated by the fact that I wanted to understand more about this notion of culture and heritage, and what better way to do this than by attending the GOUNESCO make heritage fun event with like-minded individuals. It is such a shame that our rich culture and heritage is slowly being eroded, as we embrace the western culture we tend to forget our roots, where we come from and what makes us who we are. I myself am guilty of this because as the days go by my kikuyu is becoming more and more rusty and I know less and less about my country and culture. Sadly this is the case for many other people my age so I ask what of the future generation? If we don’t preserve our culture and beautiful nation they will nothing to identify with as Kenyans, what then? At the back of my head I knew that something had to be done! I might to be able to do much as an individual but I believe that even the smallest of efforts go a long way in changing things, by creating a ripple effect moment.
It was great to meet like-minded individuals who had a passion to understand and conserve their heritage and culture. We had a lovely time just getting to know each other taking photos together and putting our heads together trying to come with ways in which we could spread the message of preserving our culture and heritage in a fun way while getting the youth involved. We agreed that it was up to us to make a difference and took it upon ourselves as part of the Kenyan youth to act not sit back idly as things unfolded. I had a lovely time at the event and came out not only with new friends but more determined to tour my country and learn more about what makes me a loud, proud Kenyan.