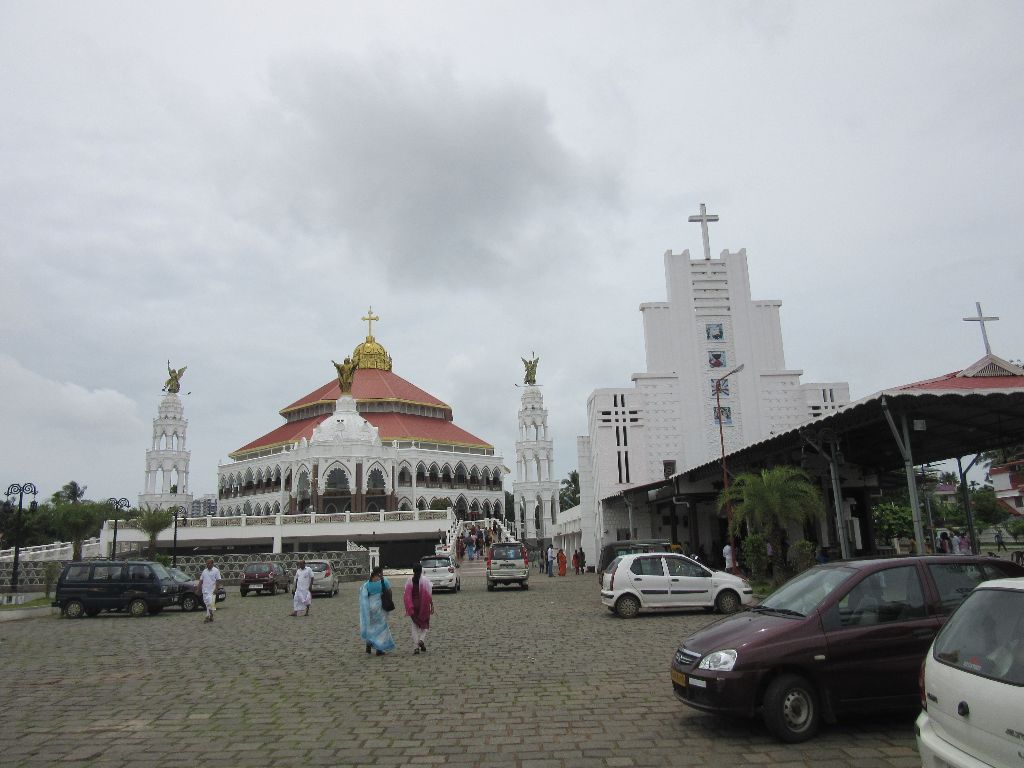 Standing amidst the hundreds of parked vehicles , I was dumbfounded to see the exquisite church right in front. 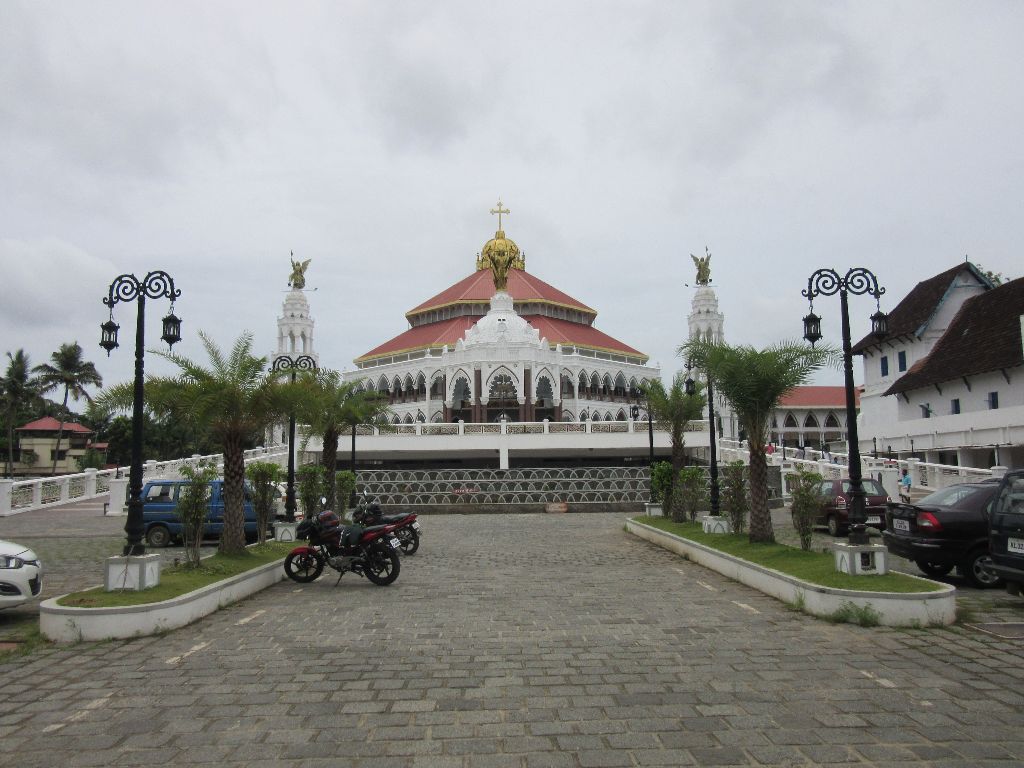 History of the church can be traced back to nearly 14 centuries. Edapally, then a part of the princely state Elangalloor , was a small parish ,four miles in length and two and quarter miles in breadth. According to traditions St. Thomas arrived at Kodungallur in AD 52 and established seven churches in Malankara, one of which was the Kottakkavu church in North Parur. In due course , a church was established by migrants belonging to Kottakkavu church at Edapally. Even-though many Christians settled in the Tripunithura-Karingachira area,  they still had to depend on the Edapally church for their pious needs. It was the ” Maliakel ” family ( one of the prominent Syrian Christian families during the early 8th century AD ) that took initiative in construction of the “Karnjgachira” church in the name of St. George, the patron saint of Edapally church.

The increased number of parishioners paved way for the construction of a new church during the 1080. The main altar was later renovated , including a picture of virgin Mary surrounded by sculptures of angels. The newly built and the old  church faces the eastwards where as the ancient church stands facing the west.

The land for building this church was given in charity by the Raja of Edappally. there used to be a ceremonial custom during the feast of St. George were the members of the parish paid a visit to the Raja with a tray of homemade sweets and seek his permission for conduct of the feast. The Raja would then have an elephant carry the flag post, gifted by him, to the church. 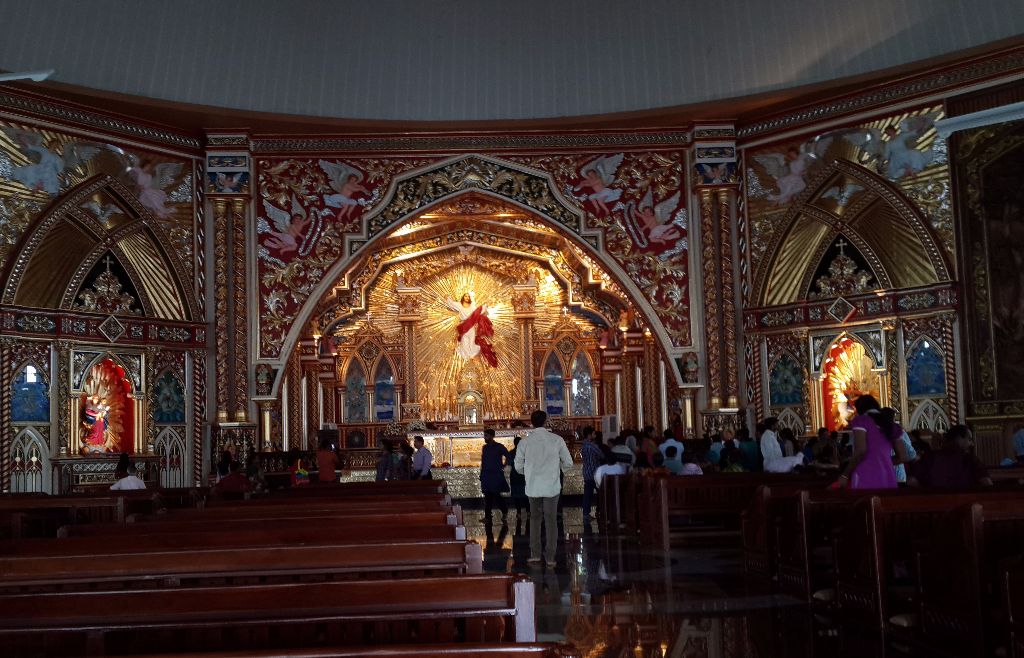 The foundation stone for the new church , sanctified by Pope John Paul II, was laid on 1st of January 2001. As told by the vicar, the new church has been inaugurated a few months back. It has a combination of European as well as Keralite architectural features and is one among the colossal churches of India with a built up area of over 88000 square feet.

The church courtyard holds a well whose water is believed to have curative powers and the mud from the churchyard  is believed to keep a new house blessed. Yet another speciality of this well is that the water level in the well remains 2 meter below the ground all through the year irrespective of the seasons. 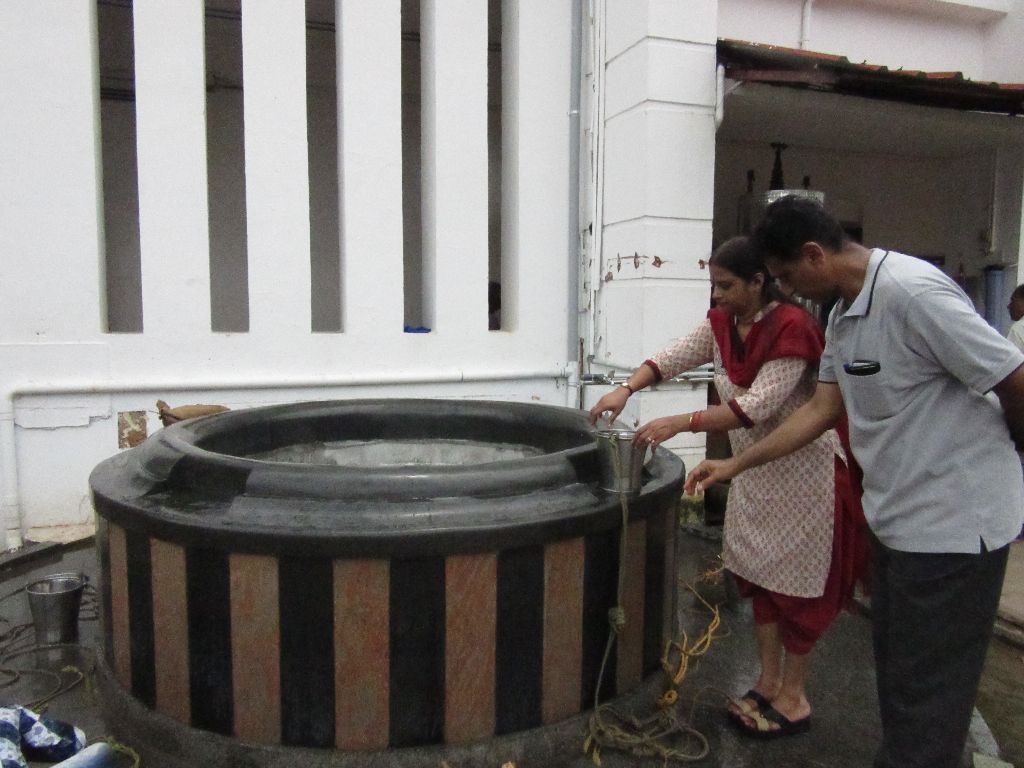 It is not just the architectural magnificence, the tranquil atmosphere in and around the church that catches the attention of devotees. “Time without an end ” expresses the thought of this ancient church quite clearly. St George church, Edapally is certainly a must visit for anyone planning their trip to Kerala.

Restoration in Haiti after the 2010 Earthquake

Ladakh: The land of hidden fervor, frolic and festivity