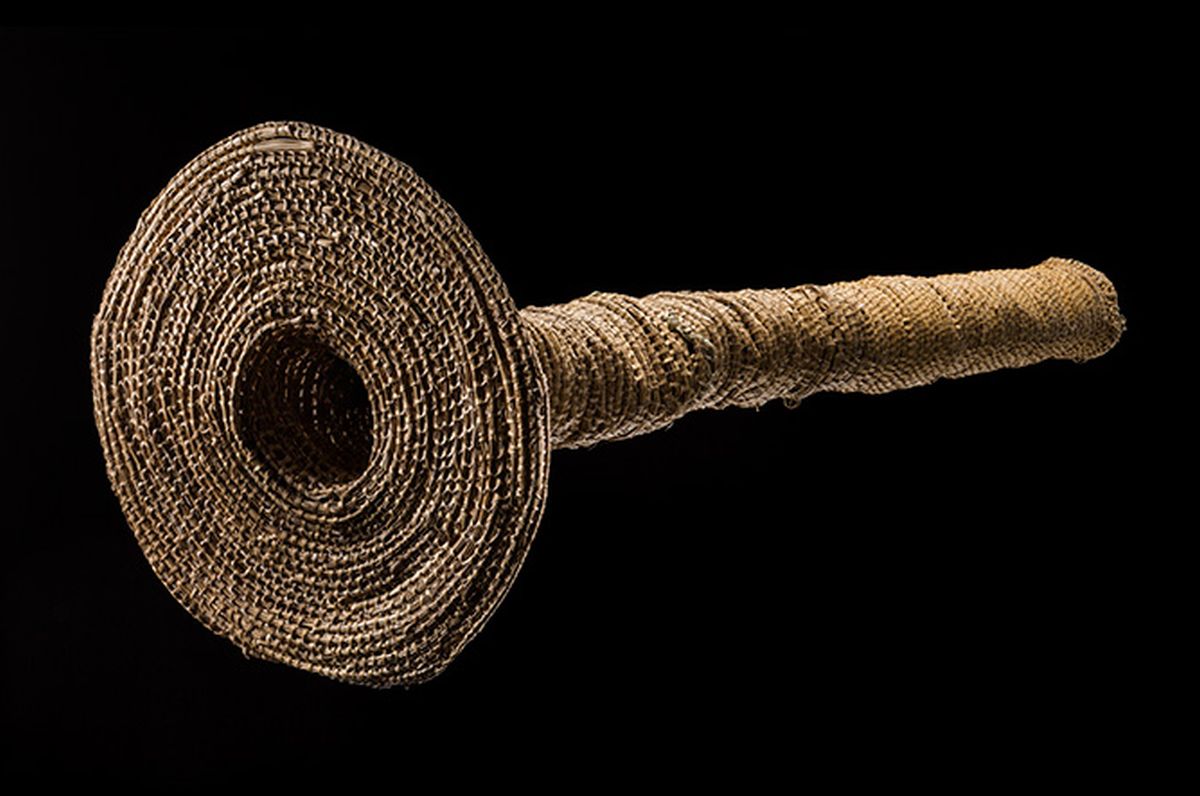 To the west of Victoria, south-easat Australia, unknown to most, is the oldest aquaculture system in the world. At over 6,600 years old, it lies within a rocky landscape created by the dried lava flow of a volcano which white colonisers named Mount Eccles. To the indigenous Gunditjmara people who have lived on the land for thousands of years, it is known as Budj Bim.

Budj Bim is the most recent active volcano in Australia, erupting 8,000 years ago.

The Gunditjmara people developed the complex aquaculture system by creating channels lined with stones, digging artificial ponds, and constructing dams. Eels from Darlots Creek were directed into the system through the dug channels, and then would swim through ponds and wetlands linked by low dams.

Inside these dams were eels traps, made of woven bark or rushes. The traps were designed so that big eels would be captured and could be harvested, but smaller eels would be able to move onto the next pond. This was so they could continue to grow and be harvested in the next season.

The eels could be eaten immediately, but they were often smoked in hollowed trees and stored for later consumption, allowing an all year food supply. They were also traded and used as a form of currency when dealing with neighbouring tribes. The system was so elaborate that the eel population was self-sustaining, and altering elevations of the ponds meant that it worked even in drought years.

The creation of this aquaculture system allowed the Gunditjmara people to settle permanently in the area. There is still evidence of the stone houses they built, clustered in small villages. The huts faced north-west to provide shelter from bad weather, and the roof was made water proof through the use of wicker and sod.

These houses are extremely significant, as for many years the myth was propagated that all indigenous Australians were nomadic wanderers. This was a belief which allowed Captain James Cook to declare Australia ‘terra nullius’ (land belonging to no one) and claim it for Britain, as he declared that indigenous Australians “did not cultivate the land or erect permanent habitations upon it”.

It was not until 1992 with the case Mabo v Queensland (No. 2) that the concept of terra nullius was finally rejected by Australia’s high court. Though this historic case did not involve Budj Bim, the existence of stone houses on the site is further evidence of the falsity of the terra nullius concept, and proves that indigenous Australians were not all nomadic.

When Europeans colonised the area the dams were removed, draining Lake Condah of its water, and destroying the aquacultural system which had sustained the local population for over 6,000 years. In 2010 the lake was reflooded, and locals recreated the dams built by their ancestors. The Gunditjmara people still harvest eels using woven traps, and also regularly hold workshops in order to pass on knowledge of how to make the traps and baskets which are so important to their culture.

The site is sacred to the Gunditjmara people. The lands were returned to their management in 1987, and Gunditjmara locals run tours through the area. They have also been instrumental in efforts to have the site placed on Australia’s tentative list for World Heritage Listing, for its archaeological and cultural significance.

For more information on the site, and touring opportunities, this first stop is the Budj Bim website, at: http://www.budjbimtours.com/

You can also check out a video the local people have made about their goal to achieve World Heritage Listing for Budj Bim. See: https://www.youtube.com/watch?v=pCax40gFvrE

The Gunditj Mirring Traditional Owners Aboriginal Corporation, which owns Budj Bim National Heritage Landscape, has a website with news on the site, and plans for its future. See: http://www.gunditjmirring.com/

Though the Gunditjmara had always known about their ancestor’s eel farms, it took research from Dr Heather Builth to bring the site to international attention. An article by her can be found here: http://www.heritageaustralia.com.au/downloads/pdfs/Heritage%200906_Eels%20of%20Mt%20Eccles.pdf