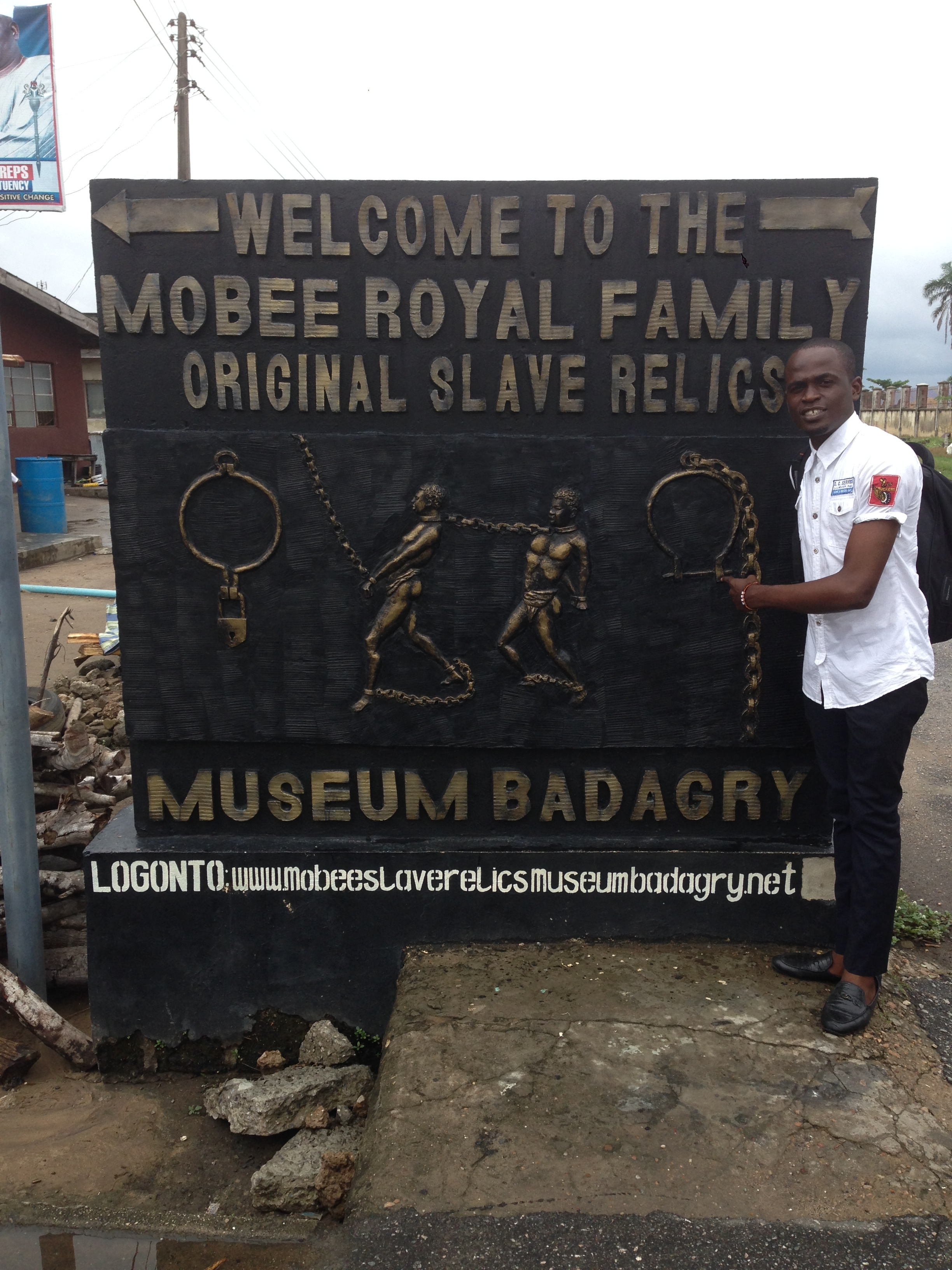 The Ancient Kingdom of Badagry is a coastal town situated between the City of Lagos and the border with Benin at Seme. It is a historic town that homes many historical sites in Nigeria, especially those sites that were significant in the slave trade era. It is the cradle of tourism held by a lot of people from various walks of life.

It is on record that for over a century, Badagry was the exporting point in Nigeria especially for slaves. This kingdom hosts the most elating blend of incredible art, momentous history and amazing town lifestyle. It is a city of secretes which is laced with painful stories, but behind all its tragedy it is surrounded with charm that is far more than natural beauty. The Beauty of Badagry is beyond words. 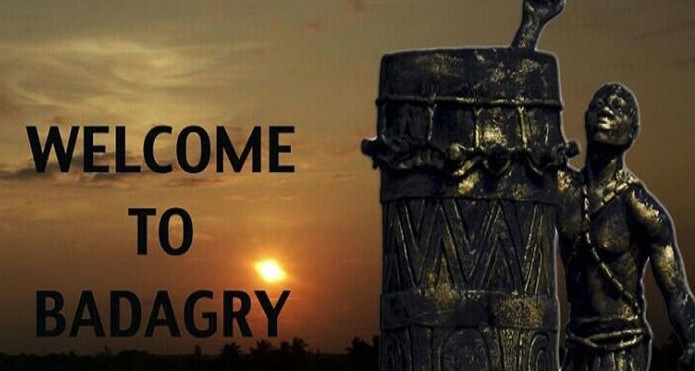 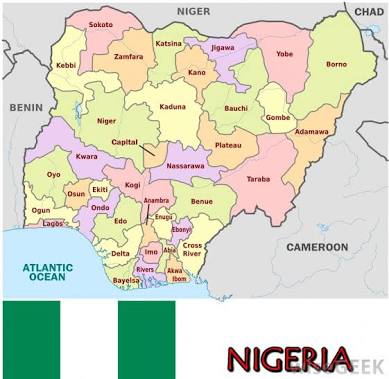 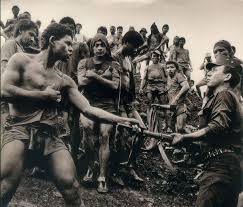 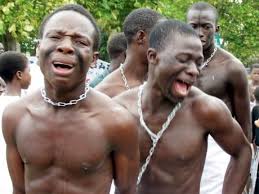 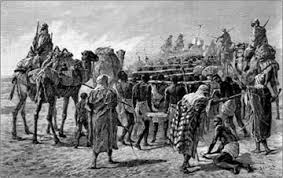 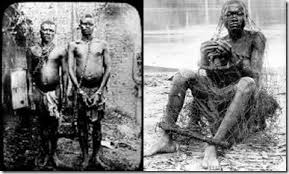 As in most of the world, slavery, or involuntary human servitude, was practiced across Africa from prehistoric times to the modern era. When people today think of slavery, many envision the form in which it existed in the United States before the American Civil War (1861-1865): one racially identifiable group owning and exploiting another. However, in other parts of the world, slavery has taken many different forms. In Africa, many societies recognized slaves merely as property, but others saw them as dependents who eventually might be integrated into the families of slave owners. Still other societies allowed slaves to attain positions of military or administrative power. Most often, both slave owners and slaves were black Africans, although they were frequently of different ethnic groups. Traditionally, African slaves were bought to perform menial or domestic labor, to serve as wives or concubines, or to enhance the status of the slave owner.

The Atlantic slave trade developed after Europeans began exploring and establishing trading posts on the Atlantic (west) coast of Africa in the mid-15th century. The first major group of European traders in West Africa was the Portuguese, followed by the British and the French. In the 16th and 17th centuries, these European colonial powers began to pursue plantation agriculture in their expanding possessions in the New World (North, Central, and South America, and the Caribbean islands), across the Atlantic Ocean. As European demand grew for products such as sugar, tobacco, rice, indigo, and cotton, and as more New World lands became available for European use, the need for plantation labor increased.

Slaver traders and raiders in the Coastal West and West central African states supplied the Europeans with African slaves for export across the Atlantic. Africans tended to live longer on the tropical plantations of the New World than did European labourers (who were susceptible to tropical diseases) and Native Americans (who were extremely susceptible to “Old World” diseases brought by the Europeans from Europe, Asia, and Africa). Also, enslaved men and women from Africa were inexpensive by European standards. Therefore, Africans became the major source, and eventually the only source, of New World plantation labor.

The Africans who facilitated and benefited from the Atlantic slave trade were political or commercial elites–generally members of the ruling apparatus of African states or members of large trading families or institutions. African sellers captured slaves and brought them to markets on the coast. At these markets European and American buyers paid for the slaves with commodities–including cloth, iron, firearms, liquor, and decorative items–that were useful to the sellers. Slave sellers were mostly male, and they used their increased wealth to enhance their prestige and connect themselves, through marriage, to other wealthy families in their realms.

The Africans who were enslaved were mostly prisoners of war or captives resulting from slave raids. As the demand for slaves grew, so did the practice of systematic slave raiding, which increased in scope and efficiency with the introduction of firearms to Africa in the 17th century. By the 18th century, most African slaves were acquired through slave raids, which penetrated farther and farther inland. Africans captured in raids were marched down well-worn paths, sometimes for several hundred miles, to markets on the coast.

From the mid-15th to the late-19th century, European and American slave traders purchased approximately 12 million slaves from West and west central Africa. A small percentage of these slaves, particularly in the early years of the trade, were sent to Europe, especially to Spain and Portugal. Most, however, were shipped across the Atlantic for sale in Portuguese-administered Brazil; the British, French, Dutch, and Danish islands of the Caribbean; Spanish-controlled South and Central America; and the British North American mainland (later the United States and Canada). The Atlantic crossing, known as the Middle Passage, was nightmarish for slaves, who were poorly fed, subject to abuses at the hands of the crew, and confined to cramped storage holds in which diseases spread easily. Historians estimate that between 1.5 and 2 million slaves died during the journey to the New World.

The Atlantic slave trade differed from previous practices of slavery and slave trading in Africa in its huge scope and its importance to the economies of world powers. While traditional African slavery was practiced largely to help African communities produce food and goods or for prestige, slave labor on European plantations in the New World was crucial to the economies of the colonies and therefore to the economies of the colonial powers. This global economic demand for African slaves altered African practices of slavery. In much of Africa, slavery became a more central, structural element of African life, as rulers and wealthy elites sought to accumulate more and more slaves, for sale as well as for their own use. In addition to the systematic and institutional practice of slave raiding, other practices were introduced in African states to bring in even more slaves, including enslavement as punishment for crimes and religious wrongdoing. As a result, by the 19th century vast numbers of black Africans in West and Central Africa faced the threat of being enslaved.

Baracoons in Spanish means slave cells … the Brazilian baracoons in Badagry was established by Seriki Williams Abbas has forty cells with forty slaves in it making it a total of 1,600 slaves. According to a source..every three months, slaves are marched out of this cells and down to the port into the ship to the island of point of no return where they all drink from a charmed well as known as memory lost well which makes their memory to be gone for like three to four months till they get to the unknown destination they are been taken to.

Names are unique to Africans and link to their identity, once the slave merchants or Europeans collect their slaves from the slave port in Badagry, they now take the slaves down to the island of  point of no return down to the charmed well or memory loss well where all slaves either loose their lives there due to the cutters all round the well while rushing to drink from it or they succeed in drinking from it which makes them to loose not only their memory for three to four months till they get to their unknown destination but also their identity for life..They would never remember where they came from.

The relevance of the Islamic cleric Abbas to this account is that he was also a slave brought by Mr Williams, after fifty years he was freed on the condition that he also becomes a slave dealer or middle man with a slave market in the Ajase Dahomey area where Europeans and Brazilians buy slaves too.

The Dahomey-Oyo war which was led by the Islamic Cleric Abbas after they winning the war against the Orile people in Oyo, they  took those in the village as slaves and took them back to Dahomey where he sold them all to Mr Williams who was a Brazillian slave Merchant except boy call ifaremi who he took as his domestic slave which Williams was persistent in trying to take from him which he succeed and took him down to Brazil and he worked on his plantation for fifty years also when he was also freed on the condition of building a baracooons or slave cells or slave market where he(Seriki Abbas) becomes a middleman or slave dealer.

As humanitarian sentiments grew in Western Europe with the 18th-century Age of Enlightenment and as European economic interests shifted slowly from agriculture to industry, a movement to abolish the slave trade and the practice of slavery came into being in the Western world. In 1807 the slave trade was outlawed in Britain and the United States. Britain outlawed the practice of slavery in all British territory in 1833; France did the same in its colonies in 1848. In 1865, following the American Civil War, the U.S. government adopted the 13th Amendment to the Constitution, ending slavery in the United States. The Atlantic slave trade continued, however, until 1888, when Brazil abolished slavery (the last New World country to do so).

Although colonial authorities began outlawing slavery in some African territories as early as the 1830s, the complete legal abolition of slavery in Africa did not take place until the first quarter of the 20th century. By that time, however, slavery was deeply ingrained in most African societies, and thus the practice continued illegally. Slaves who became liberated often did so by escaping and going to the colonial authorities or by simply leaving the areas in which they had been held to take up residence elsewhere. In some places, enslaved persons held that status throughout their lives, despite the legal prohibition. It was not until the 1930s that slavery in Africa was almost totally eliminated.

The ending of the slave trade and slavery in Africa had wide-ranging effects on the African continent. Many societies that for centuries had participated in an economy based on slave labor and the trading of slaves had difficulty finding new ways to organize labor and gain wealth. Meanwhile, colonial governments in Africa that outwardly disapproved of slavery still needed inexpensive laborers for agriculture, industry, and other work projects. As a result, African leaders and former slave owners, as well as colonial officials, often developed methods of coercing Africans to work without pay or for minimal compensation. Moreover, the outlawing of slavery did not erase the pain and stigma of having been a slave. Many descendants of slaves were affected by this stigma for generations after slavery was abolished.

Sharing the Most World’s Most Delicious Heritage: Eid festival at Child Museum, Cairo