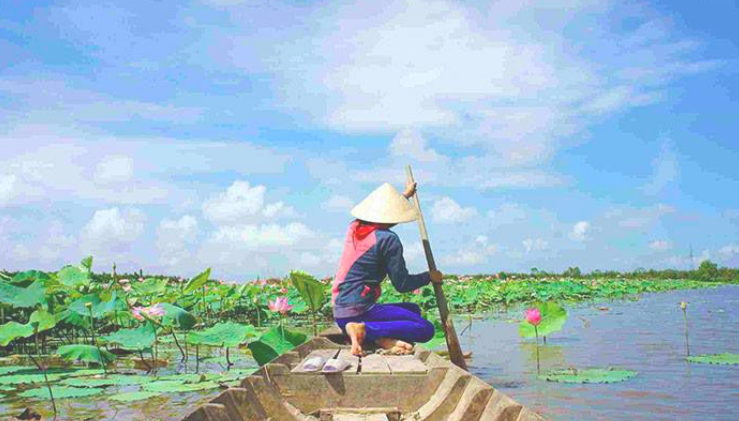 The internet might have reduced us to mere armchair travellers, but the wanderlust bug seems to have bitten us all equally. Thanks to cultural imperialism and social media, we all have our bucket lists brimming with vacation experience we can’t wait to have (I know mine is!). Our wishful thinking is no longer restricted to first-person accounts; we’re now narrating stories from across the globe, almost as if they were our own.

According to a study by the UN World Tourism Organisation, currently 25 million tourists travel abroad from India and this figure is likely to double by 2020. From the accessibility of tourism and evolving expenditure to our age-old saving habit, there are plenty of reasons for this shift in trends. To take a break from the monotony of work life has become a norm and Indians today are far more willing to spend on travel. But despite all this, our currency continues to hold us back.

Our foreign exchange rate can be a daunting company when travelling abroad.

Just last month, the rupee opened at an all-time low against the US dollar—68.89 to be precise—putting us at a disadvantage while travelling to not just the States, but a host of other First and Second World countries. Of course, there are other countries like Costa Rica and South Korea where the rupee stands stronger. But, unfortunately, economics is slightly more complicated than that,a weak currency doesn’t always guarantee a budgeted experience. However, a weak foreign currency accompanied by affordable living costs, does.

So read on for a list of international destinations that are perfect for not just the wanderer in you but also for your bank account.

Known for its abundant water bodies, Buddhist pagodas and war stories, there’s history in every other corner of the city and the Vietnamese are more than willing to share it with the rest of the world. Its capital city of Hanoi is home to a gigantic marble mausoleum that pays homage to the iconic Communist-era leader Ho Chi Minh.

A river cutting across some of the most impressive feats of architecture, castles overlooking vast expanses of natural beauty and an astonishing number of thermal spas. Such is the beauty of Hungary, a country located in Central Europe. Sprawling with vineyards, Hungary’s capital city of Budapest witnesses some of the best flea markets.

Even though the Hungarian Forint is one-fourth of an Indian rupee, it still doesn’t make it cheap to travel. However, when it comes to travelling to Europe, Hungary is definitely one of the more affordable European countries. Street shopping on the streets of Budapest will probably cost you as much as it does in India. A pint of Hungarian beer will cost you 450 HUF which is INR 112 and a cappuccino might cost you around 300 HUF which is almost INR 75.

One of Latin America’s most tourist-friendly destinations, Colombia is home to a number of rainforests and coffee plantations. It also hosts one of the world’s grandest carnivals every year— Barranquilla Carnival. With a thriving street art culture and the lost city of Ciudad Perdida, Colombia is full of unexplored treasures.

The cost of living in Colombia is pretty cheap for an Indian. A full meal for one person at an inexpensive restaurant might cost you 10,000 COP. Lodging too is economical as decent hotels in the city of Medellin, famous for its annual Flower Festival, cost around 71,000 COP which is roughly INR 2000. Of course, the hotel prices may fluctuate depending on the city you’re visiting and the time of the year as well.

Lebanon shares a long history of Phoenician, Egyptian, Greek, Persian, Roman, Arab and Ottoman empires — each having left behind ruins and contributing to the country’s exemplary architecture and culture. It is a country where traditions from the Middle East as well as the West converge in harmony. Other attractions include the delectable Lebanese cuisine, beaches and a raging nightlife.

This Mediterranean nation is full of budget hotels suitable for not just luxury travel but also also backpackers. A private room in a budget hotel will cost you about 45,000 LBP, which is almost INR 2,000. If you’re interested in exploring the local street-style Lebanese food like shwaramas and sandwiches, the average cost comes to 5,000 LBP, which is INR 220.

Even though Lebanese Pound is the country’s official currency, most people carry USD. So you’ll find plenty of currency exchange shops throughout the city.

The island nation of Madagascar located in the Indian Ocean has much more to offer than just its lemurs. It is known for its outdoor adventures, endemic wildlife and historical sites. Travel within the country can be quite erratic at times, but adventurous nonetheless. The country’s enchanting flora and fauna has made it possible for the ecotourism industry to emerge and sustain, making tourism a significant contributor of Madagascar’s economy.

Madagascar’s official currency is Malagasy Ariary or just Ariary. An average breakfast meal, inclusive of eggs and toast with coffee will cost you 2,000 Ar, which is INR 40. Transportation can cost you anywhere between 20,000-30,000 Ar (INR 415-600).

Chimpanzees swinging from tree tops and wandering elephants, Tanzania is indeed the land of safaris. With a plethora of wildlife and local cultures waiting to be explored, this country is known for its wilderness and is home to the celebrated Mt. Kilimanjaro, Africa’s highest peak. Spend a couple of days in a quaint coastal village or take a boat safari to go meet the crocodiles in Rufiji River, Tanzania is an endless rendezvous with nature in all its glory.

The official currency of Tanzania is Tanzanian Shilling. Even though Safaris are a little pricey, the living costs in the country are more than affordable. An average cost of food and drinks per day is INR 1200 approximately. Your daily dose of caffeine (cappuccino) will cost you pretty much what it does in India (4,279 TS or INR 130 approximately).

Mongolia boasts of a rich nomadic culture that has somehow managed to survive in the region. Vast blue skies blessing the wild grasslands below, and virgin landscapes that seem almost surreal, Mongolia is for anyone wanting to escape and find solace in the minimalist lifestyle. While navigating through the steppes that seem to stretch endlessly, you’re likely to come across groups of people, moving from one place to another, as and when the seasons change.

Mongolia’s official currency is thirty-five times that of India’s and the living costs too are in our favour. A full meal at a mid-range restaurant might cost you somewhere around INR 200 or 7,000 MNT—pretty affordable for an Indian tourist. Mongolia’s countryside is every backpacker’s dream; you can easily acquaint yourself with local families willing to let you stay in their homes for a nominal fee. In some of the bigger cities, the cost of accommodation might range between 36,870-73,740 MNT, which is INR 1030-2060 approximately.