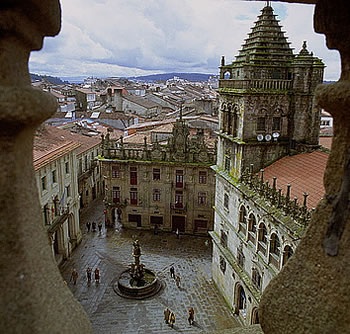 Santiago de Compostela is the capital of the autonomous community of Galicia in northwestern Spain, with a “Mayor-Council” government body and with a population of 95,671 in 2012 and was designated as a UNESCO world heritage site in 1985