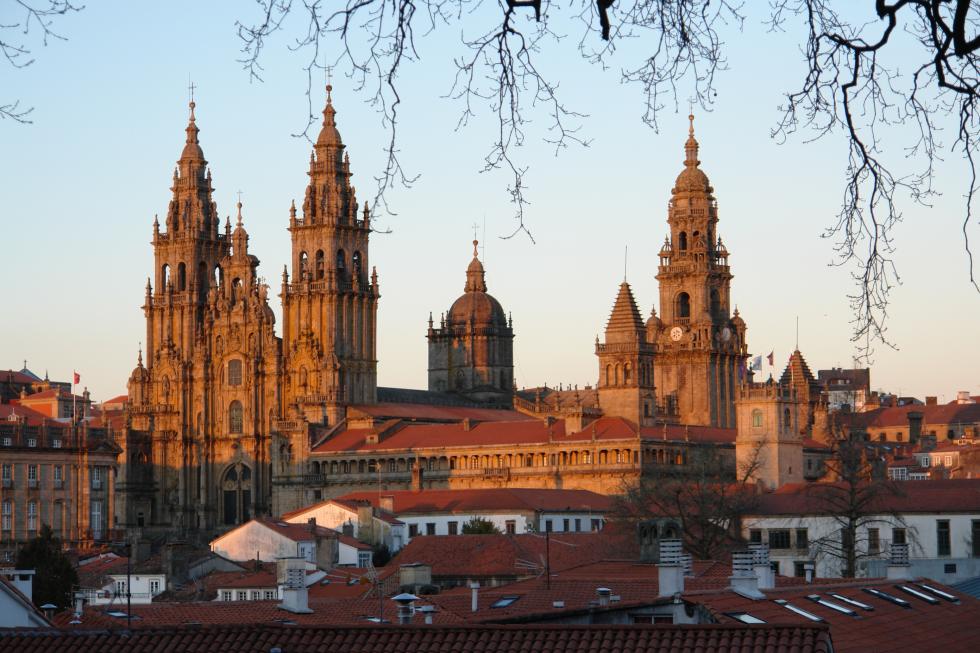 The cathedral of St. James is found in the city of Santiago de Compostela, the capital of the region of Galicia, in the northwest of Spain. James is the name of one of Jesus Christ´s first disciples according to the Bible and one of the 12 apostles of Jesus Christ. The Cathedral was declared a Property of Cultural Interest in 1896.

In 1985, Santiago de Compostela was declared a World Heritage City by Unesco, for its beauty and conservation as well as for its significance during the Middle Ages as one of the most important religious and cultural destinations in Europe, because it is at the end of The Way of St. James Pilgrimage (in Galician: Camiño de Santiago).

Futhermore, Santiago´s Cathedral enjoys a singular privilege due to a papal bull granted by Pope Calixtus II: the Holy Year of St James (in Galician: Ano Santo Xacobeo). It takes place in a year when the 25th of July (the day of St. James) is on a Sunday. This happens with a fixed period of 6-5-6-11 years which implies that there are fourteen (Anos Santos Xacobeos) St. James’ Holy Years in every century. During St. James Holy Year, Catholics can receive the Great Jubilee Indulgence, which means that they can be absolved for their sins. The next St. James Holy Year will be in 2021.

The reason why millions of devotes have visited the cathedral each year since the Middle Ages is because Apostle Santiago´s tomb is here. In the 1st century a Romanesque mausoleum was built on top of the site of the tomb, in which the remains of Apostle St. James lie. He was beheaded in Palestine and his body smuggled away by ship to the Finis Terrae coast (part of the Galician coast, and around 80 Km. from the city of Santiago de Compostela).

In 813, the miraculous discovery was made of the Apostle St. James´s remains in the Libredón hills. The discoverer, a recluse called Pelayo, saw heavenly signs in the same places where he later found the burial site of the apostle. The Asturian King Alfonso II ordered the building of the first stone chapel consecrated to him. The first villages were then built to protecting Apostle St. James´s tomb. These were the first steps which ultimately led to the construction of the city of Santiago de Compostela.

The first church was soon too small for all the pilgrims and so King Alfonso III ordered the construction of a bigger temple. This was subsequently destroyed by the Muslim leader Almanzor in 977.

Bishop Saint Pedro de Mezonzo ordered it to be rebuilt in the pre-Romanesque style in 1003.

The 12th century saw the greatest period in the Compostelana era which increased the importance of the cathedral, the town’s urban life and pilgrimages.

The news of the Apostle of Santiagos´s tomb spread all over Christian Europe and the number of pilgrims increased considerably.

During the 14th and 15th centuries, war and other epidemics such as the plague saw a decline in pilgrimages as the routes were no longer safe and the monasteries could not afford to look after the pilgrims.

However the Baroque period saw an aesthetic revolution and the best Romanesque builders of the time were employed to embellish the temple. Master Mateo, who built the Portico of Glory, was one of the most noteworthy. 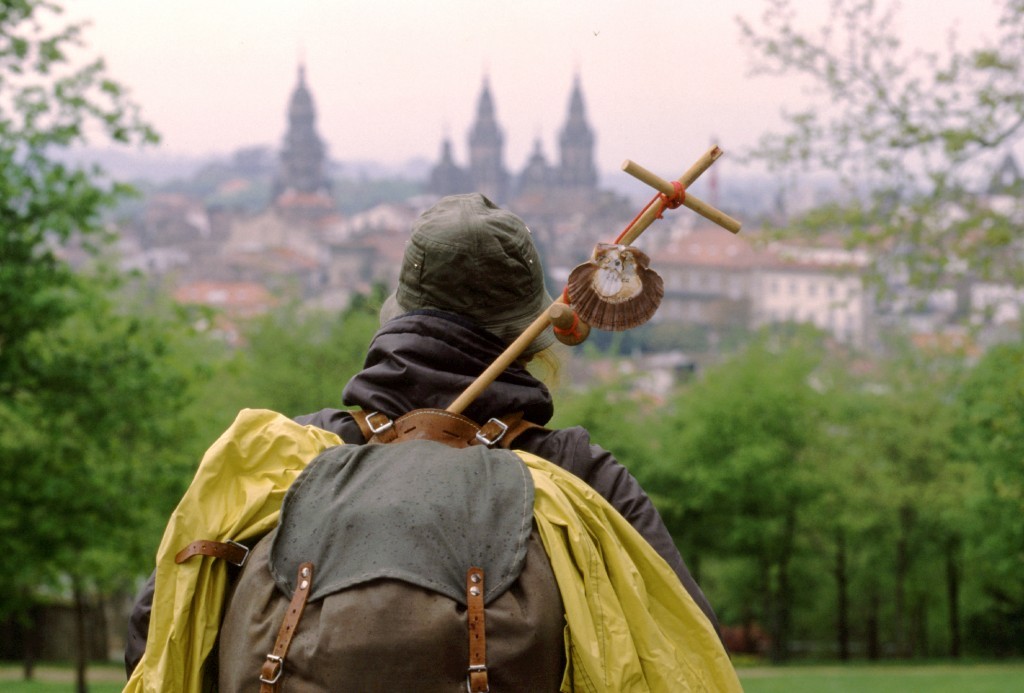 Nowadays, there are many reasons why pilgrims walk the St. James Way: not only for religious purposes. For most of them, the main reason are: personal or for the challenge, or just as an alternative way of tourism which brings them more in contact with the people and the culture of the region.

St. James Way takes you to up to nine sites which have been singled out with the World Heritage designation: included the Atapuerca archaeological site or Burgos Cathedral, among many others.

There are many routes for planing the best way according to your physical condition and the amount of time you have.
The most popular route is the Camino Francés which stretches 780 km and begins in the walled town of St Jean Pied Port in the French Basque Country.

Every year, people of all nationalities and ages are encouraged to take the St. James Way.
It’s an unforgettable experience and really recommended!
And you? Are you up for it? BO CAMIÑO!