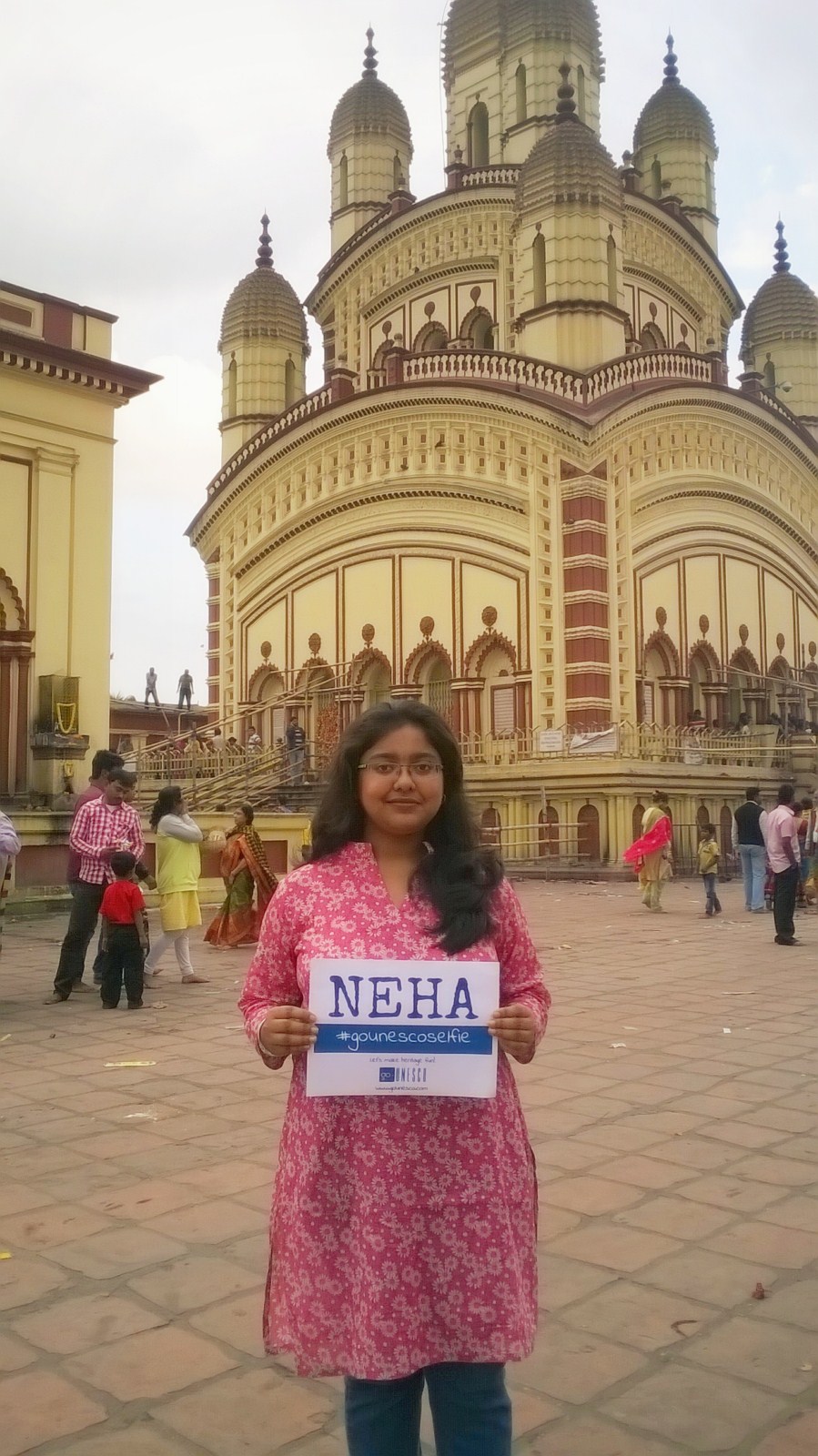 My #gounesco journey started in the famous heritage location of Kolkata, Dakshineswar Temple with the blessings of Bhavatarini; an aspect of Goddess Kali meaning, ‘She who liberates Her devotees from the ocean of existence’.

It was a cloudy day in winter afternnon,and accompanying my friend I decided to visit Dakshineswar Temple in order to commence my GoUNESCO journey. As I reached there,I found hundreds of devotees queing up for the purpose of Puja. As it was a Saturday,the crowd increased with time and I almost found it difficult to have a look at the deity,Goddess Kali. 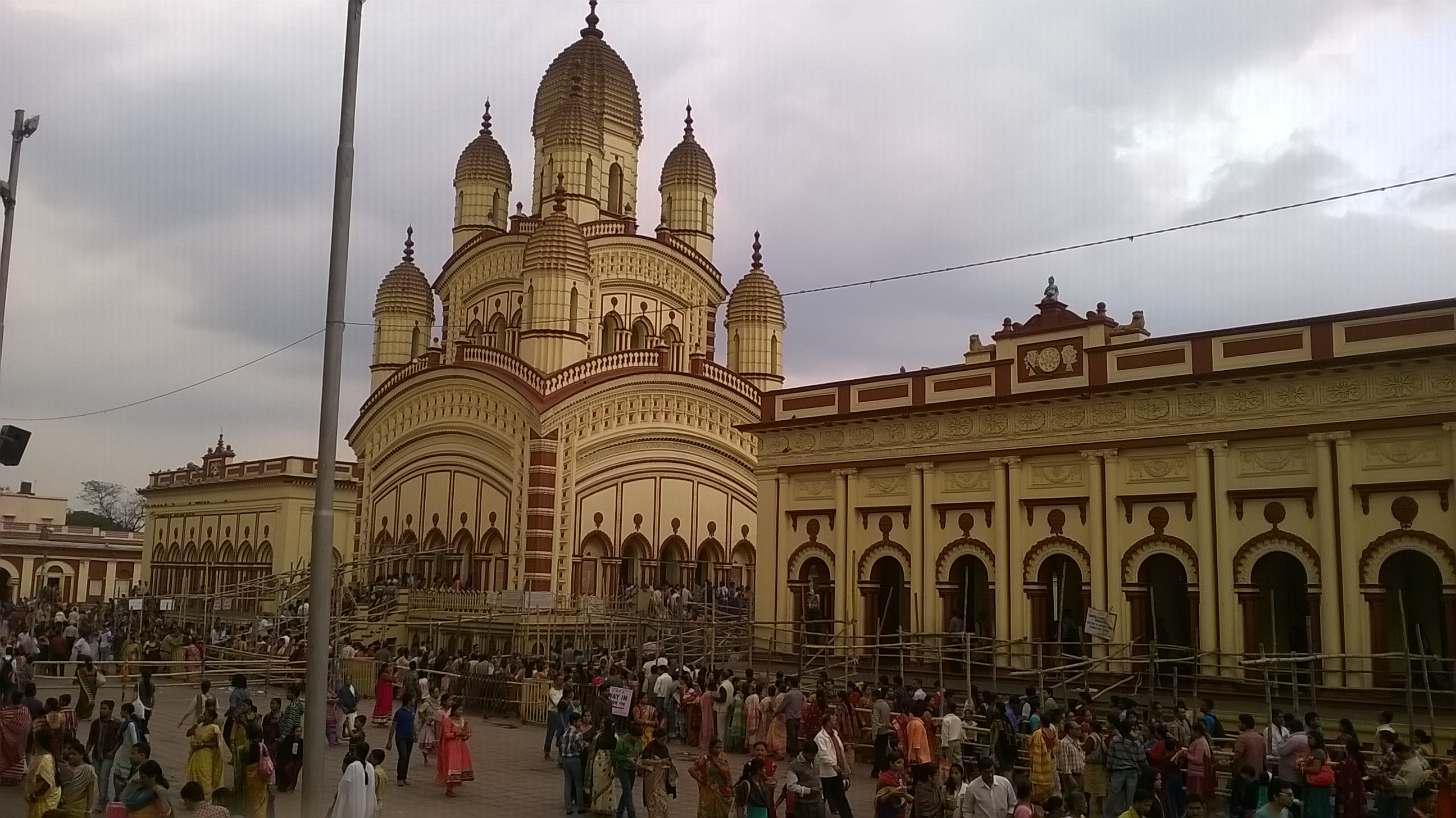 The Dakshineswar Kali Temple was founded around the middle of the 19th Century by Rani Rashmoni following a dream she saw when she was about to start on her pilgrimage to Benaras (presently Varanasi). A long term plan of the Rani materialized which she had longed to perform when her husband died with unfulfilled wish of constructing a Kali temple. A dynamic woman, Rani Rashmoni took over the administration of the enormous estate her husband left her. The benevolent administrator, Rani Rashmoni was always in conflict with the stringent British laws and policies. People honored her and loved her for her daring and benevolent spirit. 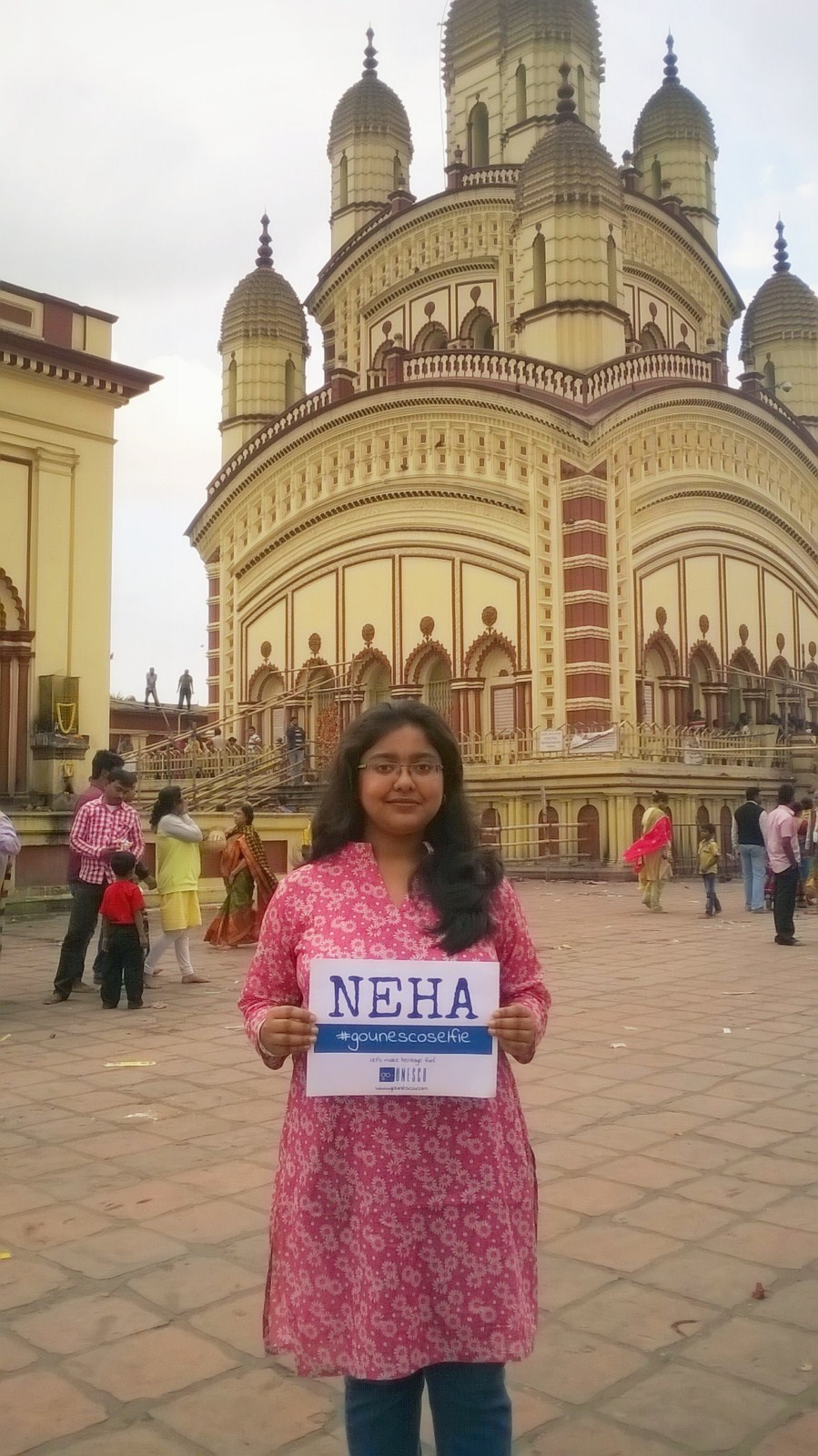 The temple compound, apart from the nine-spired main temple, contains a large courtyard surrounding the temple, with rooms along the boundary walls. There are twelve shrines dedicated to Shiva—Kali’s companion—along the riverfront. 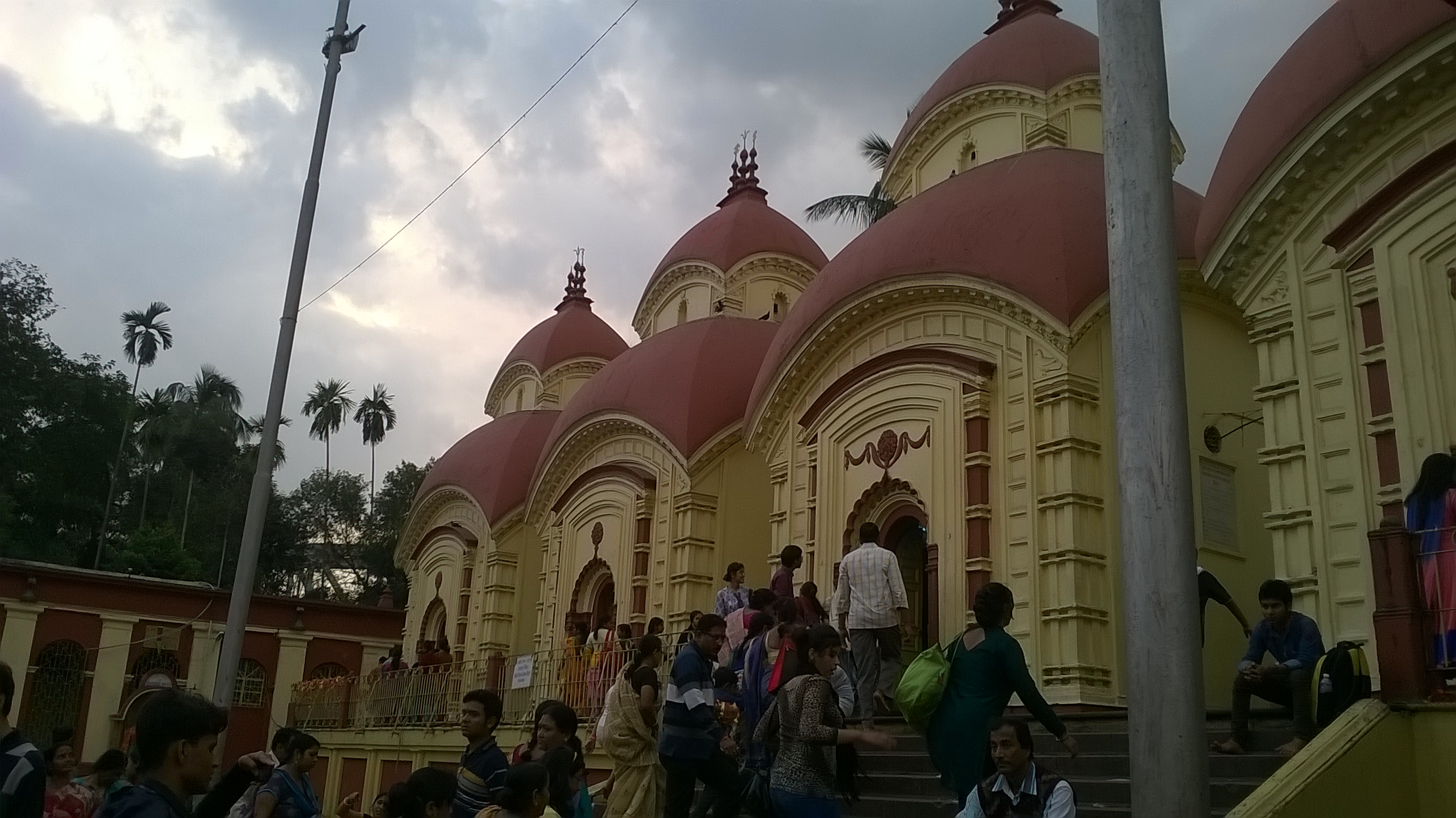 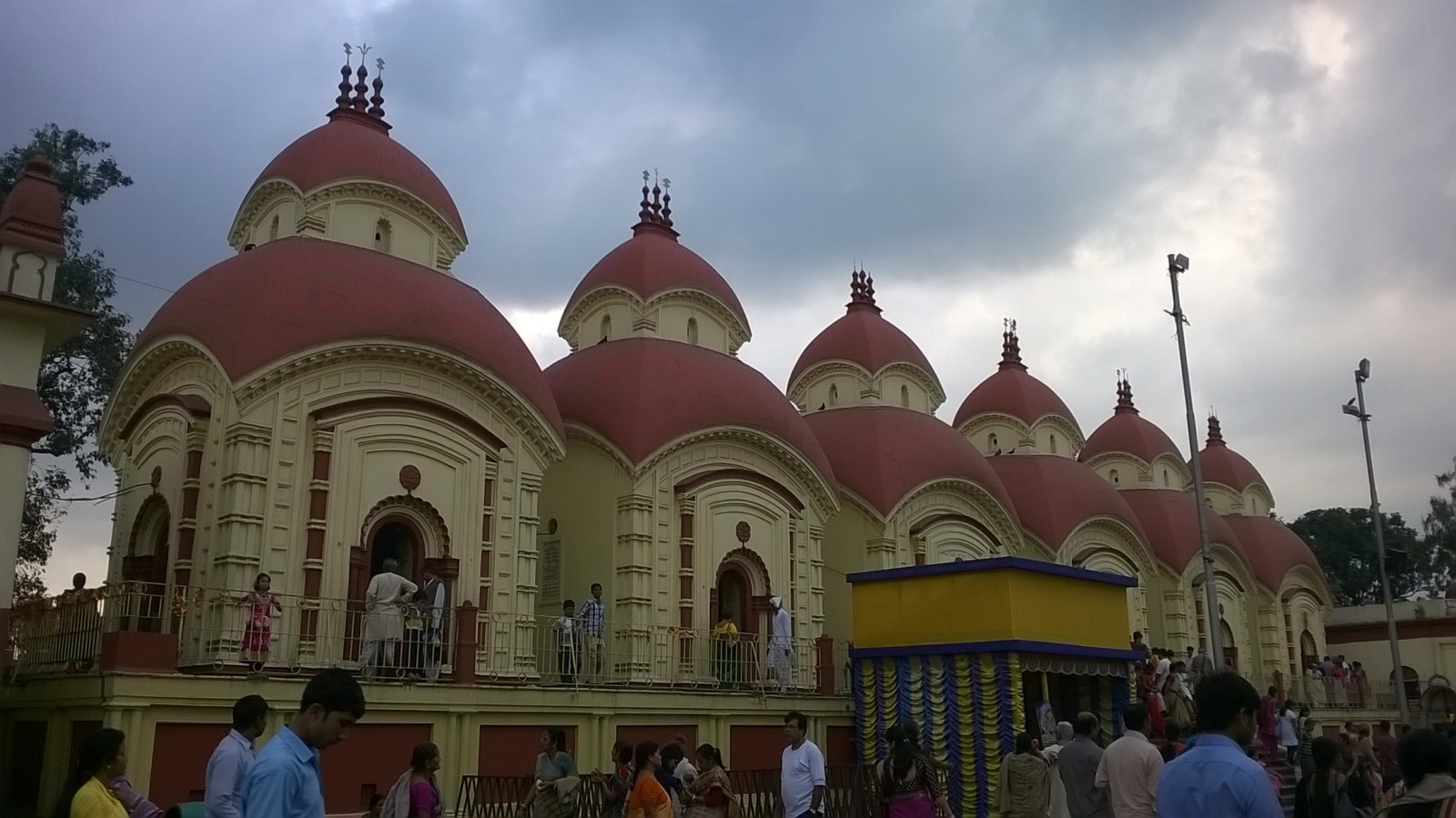 Inspired by the beliefs,hundreds of devotees queue up in the temple arena to tie the red sacred thread praying for their wishes to come true. 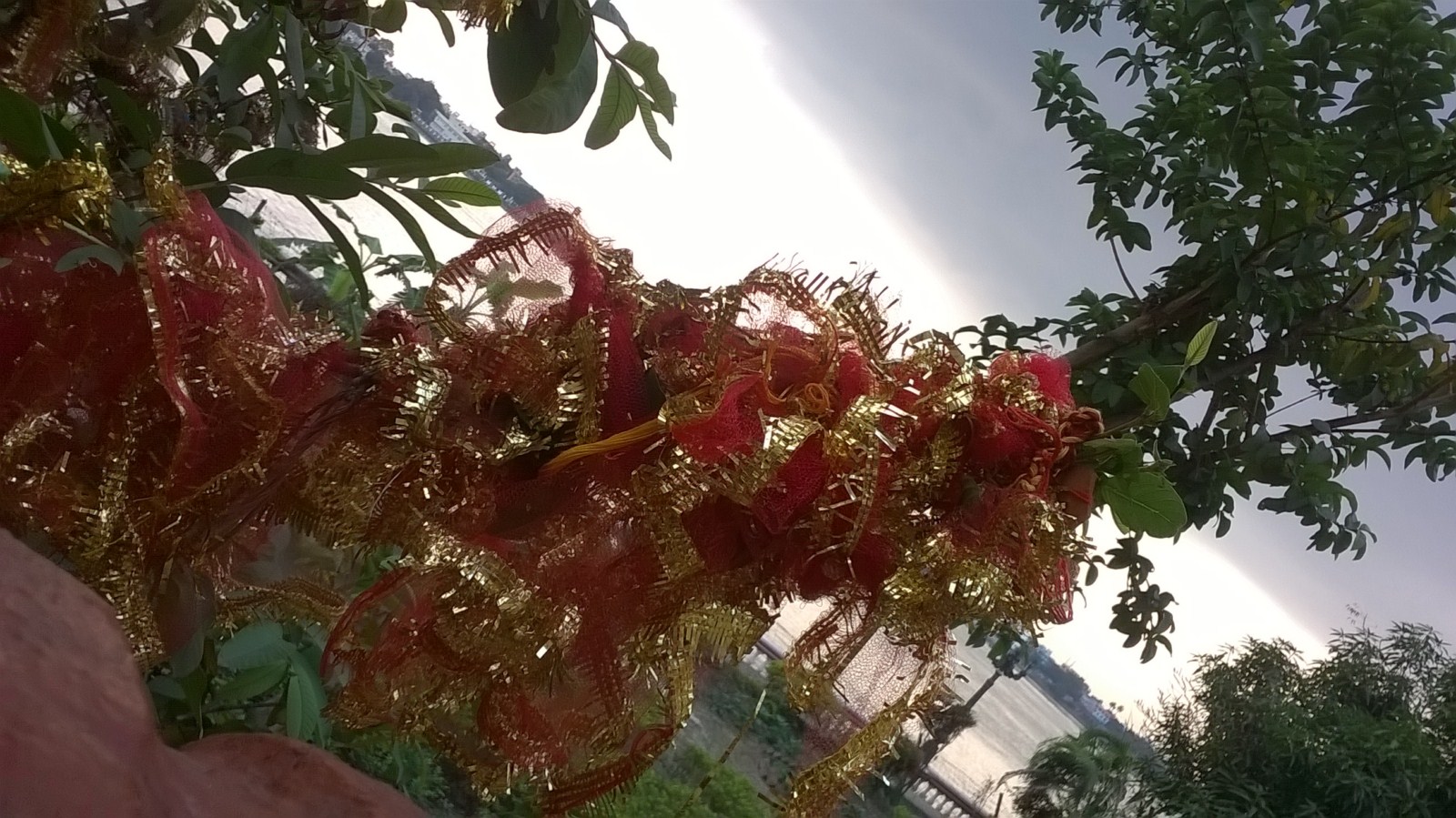 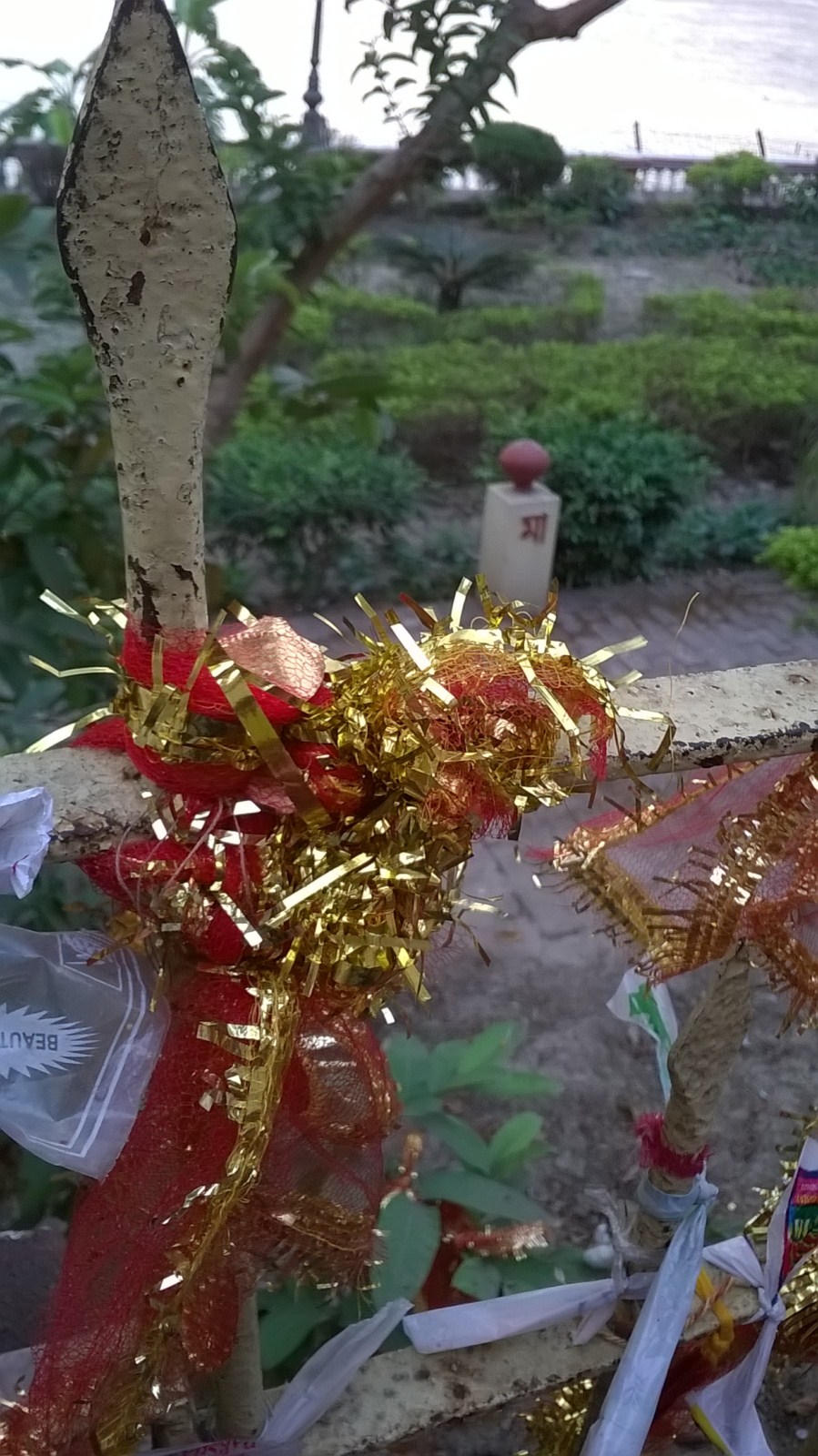 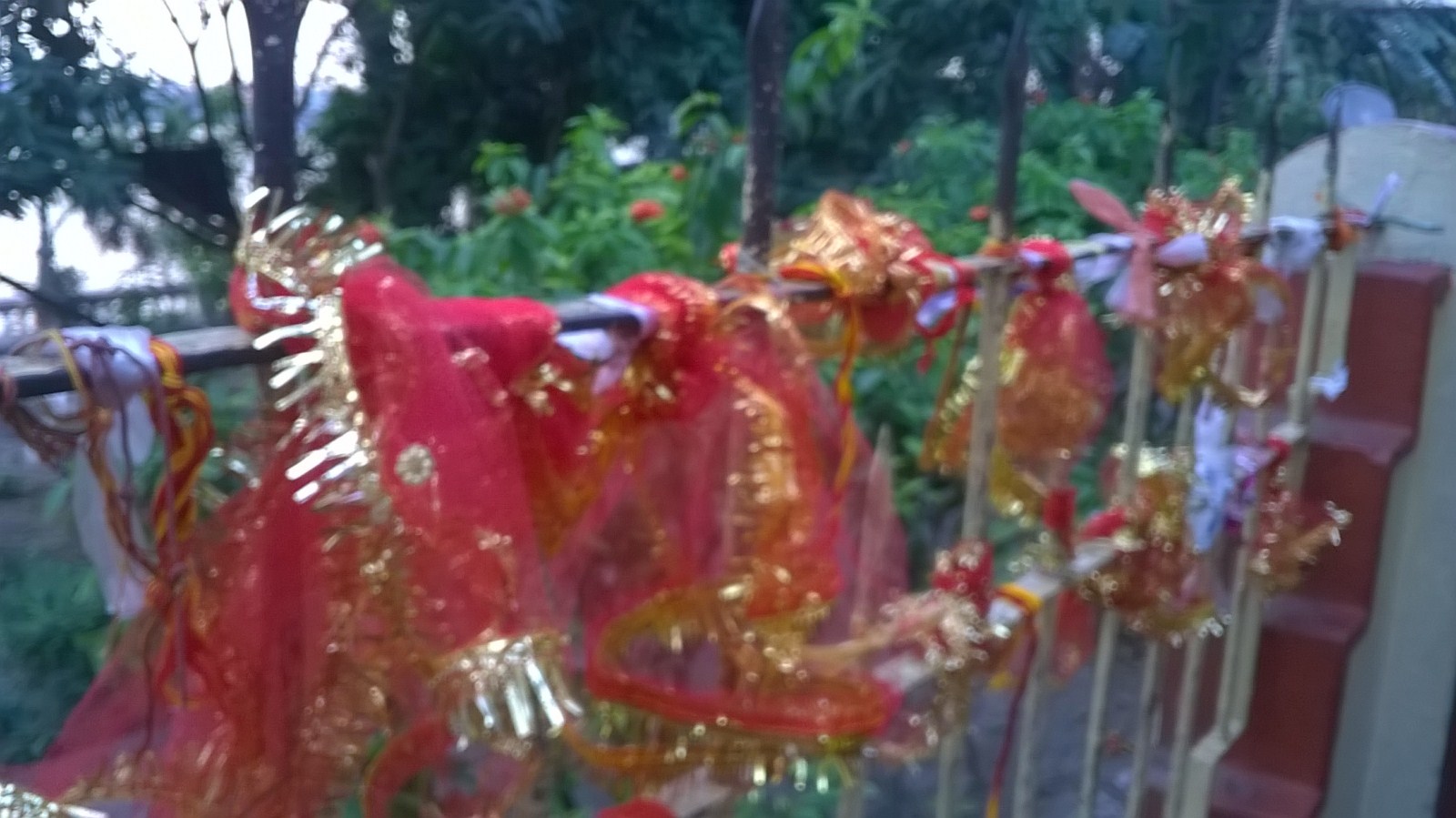 I was amazed when I saw this man to carry this whole basket for the sake of offering it to the Goddess. Beliefs play a great role in the Indian culture. It was really my amazing experience that I gathered in order to commence my journey in goUNESCO. 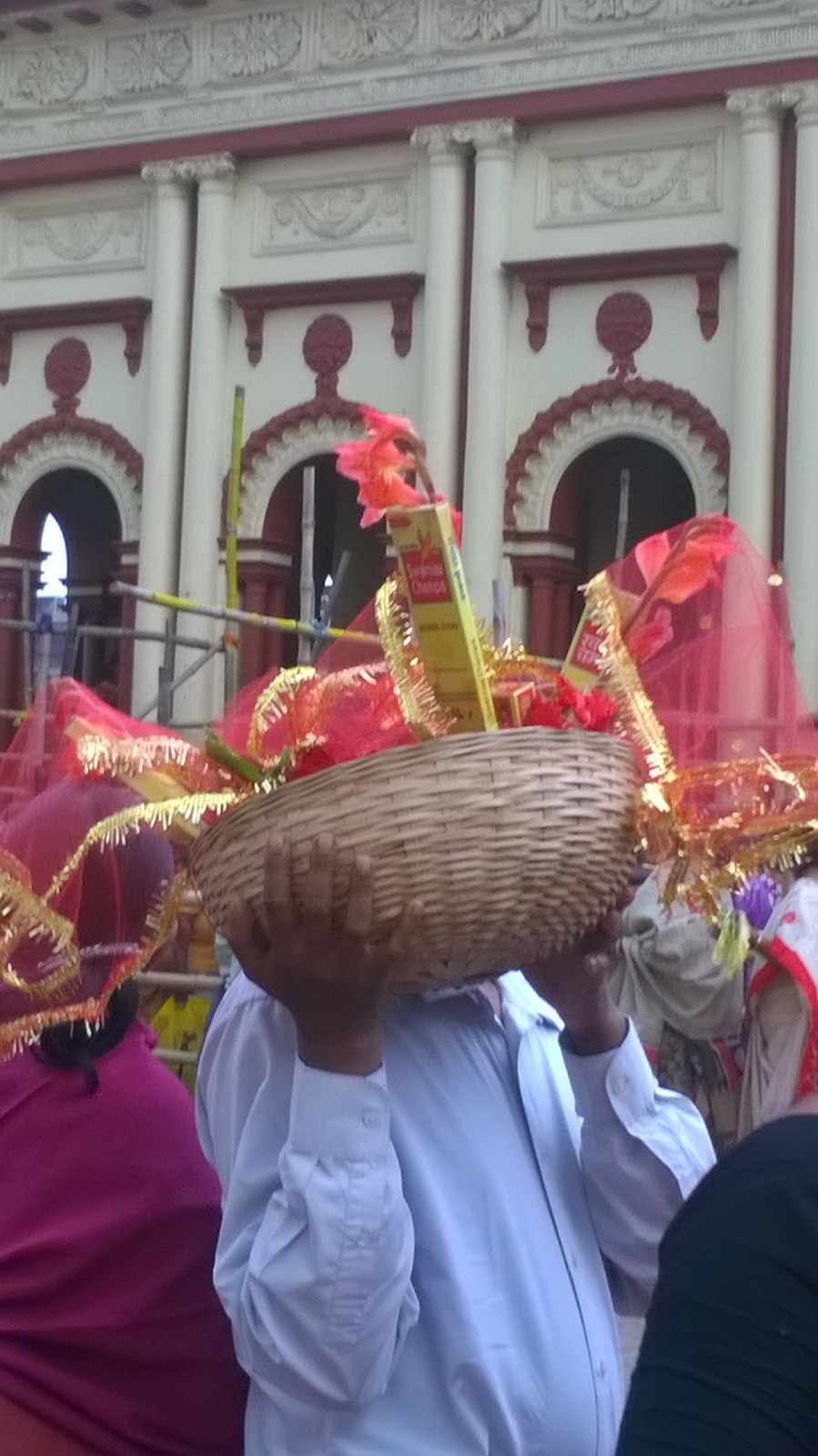 After we had completed taking this shots,we had an amazing treat just outside the temple which serves “Gorom Hing’er kochuri and cholar dal”. Thanks to such heritage that provides us not only knowledge but also an amazing recreational atmosphere where we can visit with family and friends.

The Rite of the Kalyady Tsars