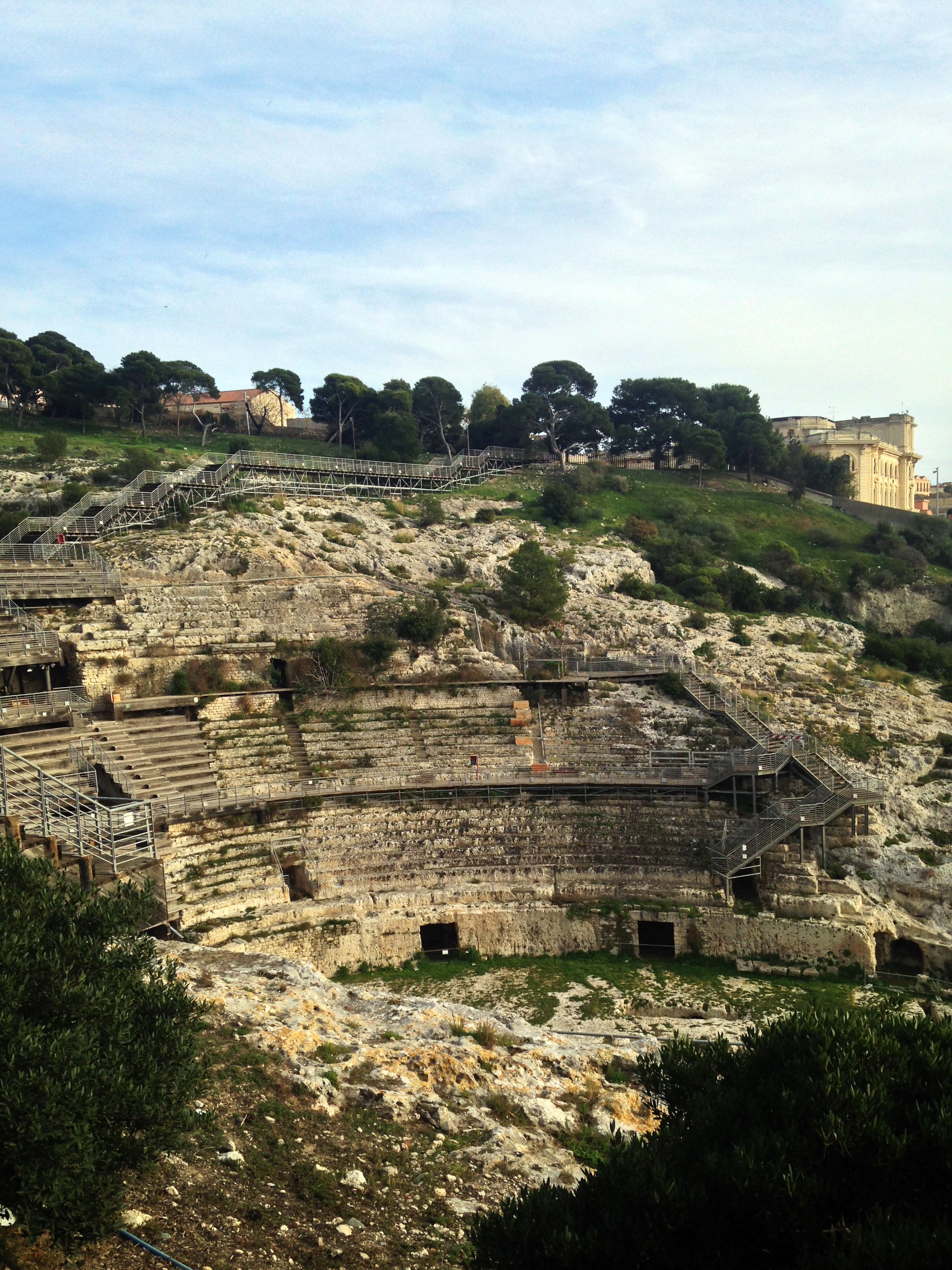 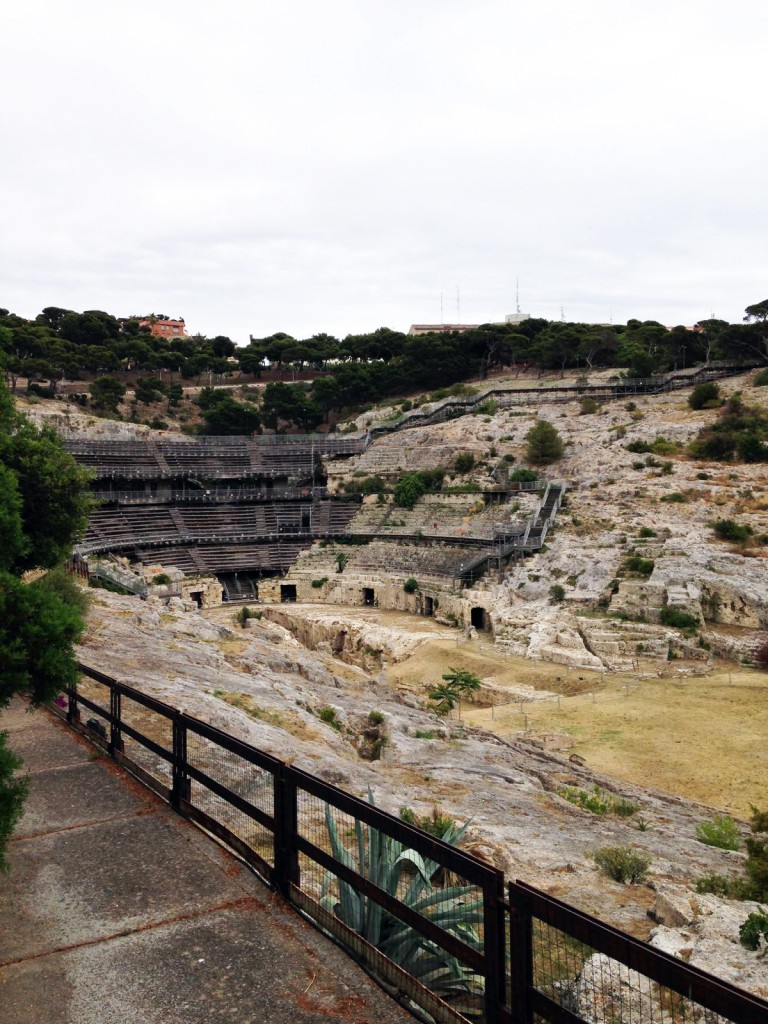 Carales is the ancient name of the city of Cagliari, in Italy, founded by the Phoenicians around the
VIII and the VI century BC and subsequently conquered by the Roman empire. During this era, the
city grew with the building of entire neighborhoods, public services, becoming the capital city of the
Sardinian district where the local governor was based. Despite the long presence of the romans,
who made of the city an important colony with a commercial strategic localization in the
mediterranean coasts, only a few traces remain from that era: one of these is the monumental
amphitheater.
The building, was set to house 10.000 to 15.000 spectators, about one third of the ancient roman
city. Its main function was not only of entertainment, setting enormous scenographies and theatre
pieces, but also of fights between men and animals (venationes), between gladiators (ludi), horse
races and capital punishments. Furthermore, a complex subterranean system of cisterns and
canalization was settled to collect rain water and distribute it for the entire city. It is typologically
similar on its configuration with other examples that were built during the republican and the roman
empire eras. 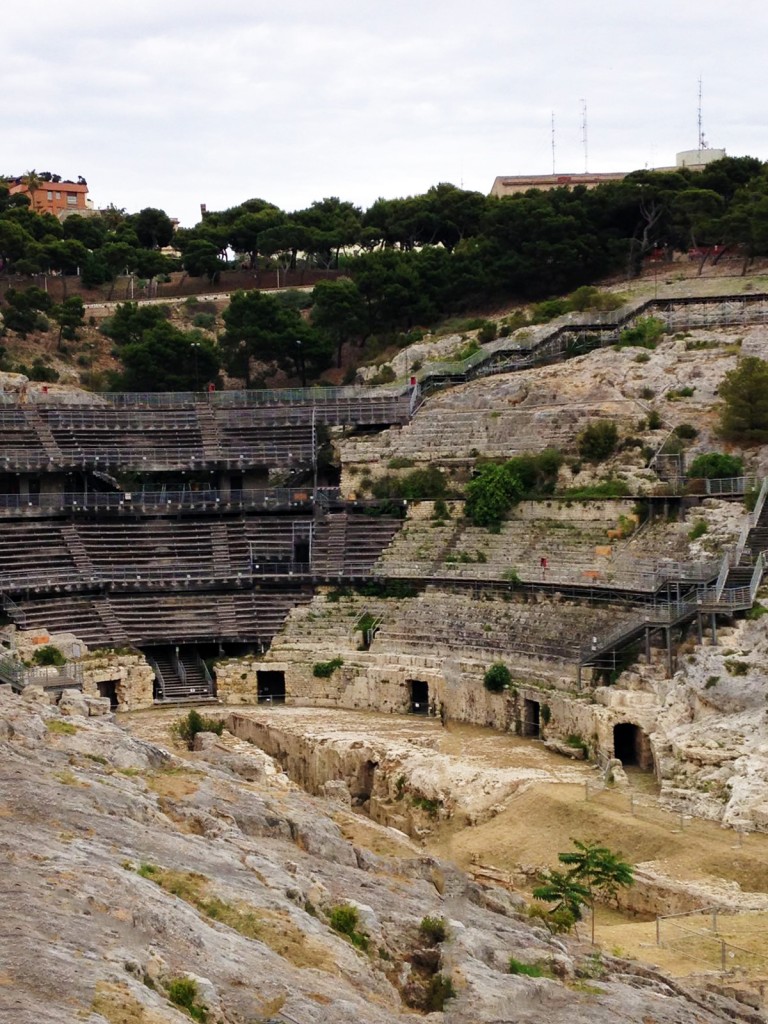 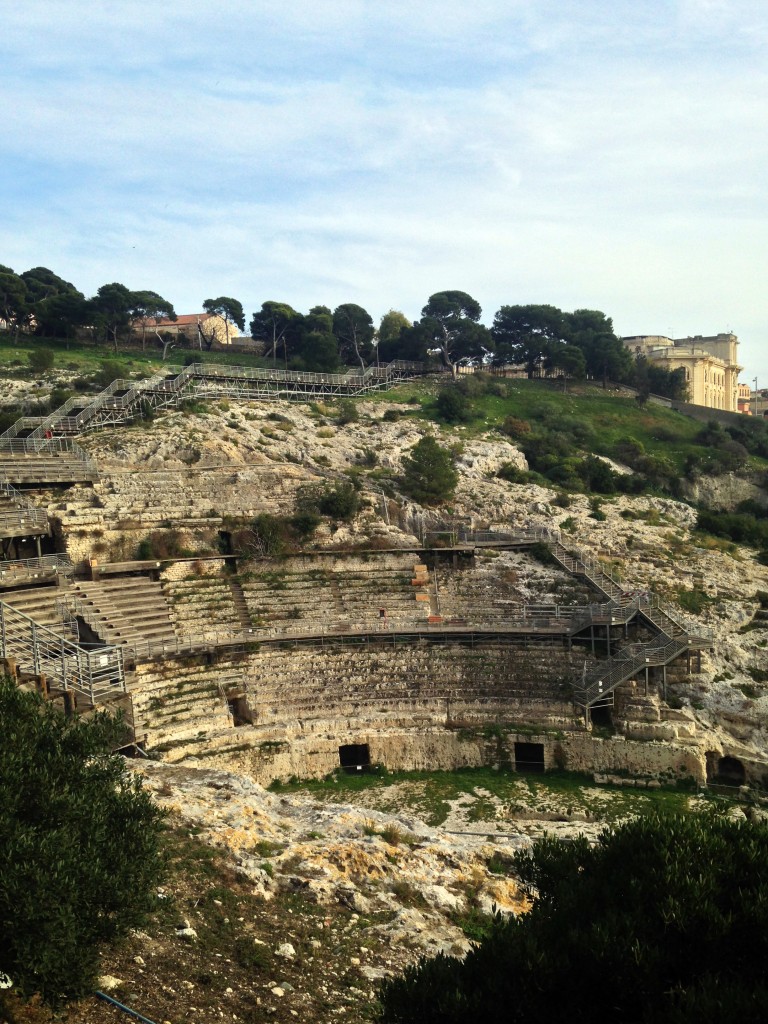 The structure was built in the 2nd century AD, half sculpted in the rock taking advantage of the
natural geographical slope, while the rest was built in local white limestone, with a facade
supposedly of 20 meters height. The arena, centrally located around a big empty space, has an
elliptical shape, following the typical scheme of similar buildings from the same era, with the two
axes around 46,20 and 31 meters and an area around 5000 mq that is linked to three subterranean
rooms carved in the rock. A long corridor, linked to the arena hosted numerous cages of wild
animals that were used during the gladiator’s performances. Around the perimeter of the podium,
eight symmetrical entrances connect the arena with an intern portico, named ambulacrum. Three
series of terraces were set around the arena, setting the entrances to divide the public in a rigid
distinction between social classes: the first, named maenianum premium, hosted the local
establishment and its relatives, the second, maenianum secundum imum, was for all the freemen
less privileged, and the third one, maenianum scandium summum, was for women and slaves.
Starting from the VI century, with the diffusion of Christianity, when the fights between gladiators
were formally forbidden by the emperor Valentiniano III, the amphitheater was gradually
abandoned. Followed by the fall of the roman empire, the city changed its archaic settlement while
the roman monuments suffered dismantles, the amphitheater was despoiled by numerous
conquerors and used as a stone quarry to build the medieval city. Almost forgotten during the
following centuries, it looked like completely buried underground when the Municipality of Cagliari
decided to acquire the territory in the middle of the 19th century and start excavations under the
direction the canonical Giovanni Spano, architect Gaetano Cima and archeologist Vincenzo
Crespi: the remaining huge site, dug into the stone, was rediscovered and multiple restoration
projects were disposed to recover the relic. 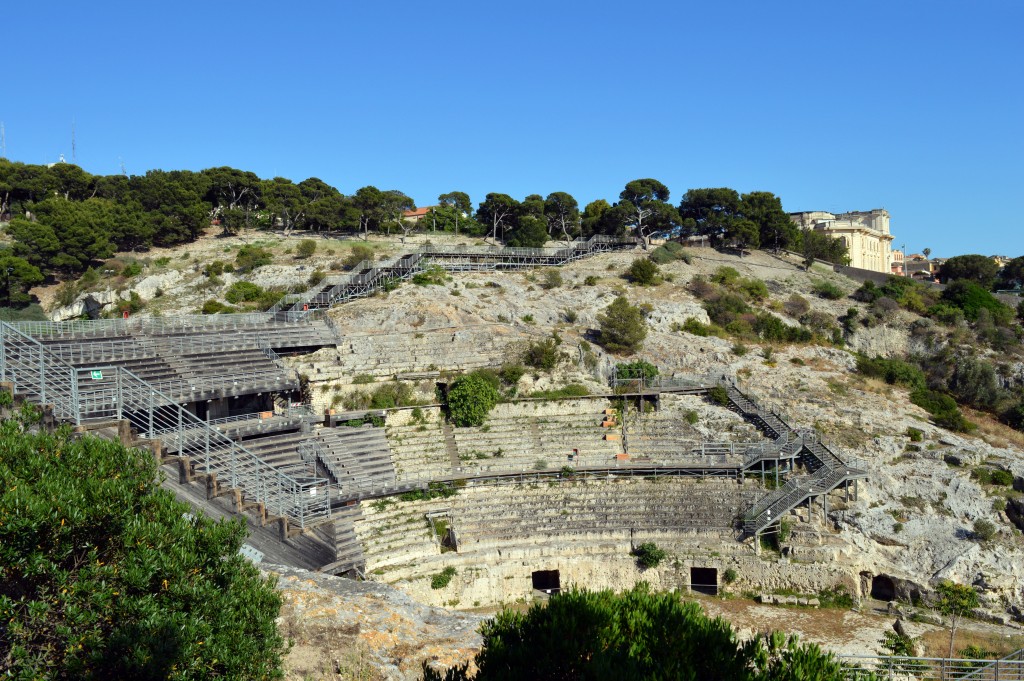 Starting from the 80s, new rehabilitation projects were set by the Municipality of Cagliari to reuse
the space and open it for the tourists. From 2000 to 2011, the amphitheater hosted numerous
theatre and music shows of big popularity. Anyway, what was meant to be requalification, turned
into a big danger for the conservation of the monument. A new system of terraces, made of wood
and steel, were placed to integrate the ancient ruins, with the result of hiding the ancient remains
and causing degeneration of the antique stone who is suffering from chemical and biological
degradation as the invasive system might have modified the surviving structure. If compared to
similar examples, as the colosseum in Rome, the Verona Arena or the amphitheater of El Jam in
Tunisia, such monuments may find a remarkable return in terms of profits and tourism demand.
The monument is today closed to visitors, with visible lacks of its maintenance, it looks abandoned
by the citizens who wait for proper interventions. Political parties periodically announce
investments on the valorization of this built heritage, while the public opinion claim for a gesture
aware of the value of this built heritage.

The Kalemegdan, a fortress that survived through centuries..!