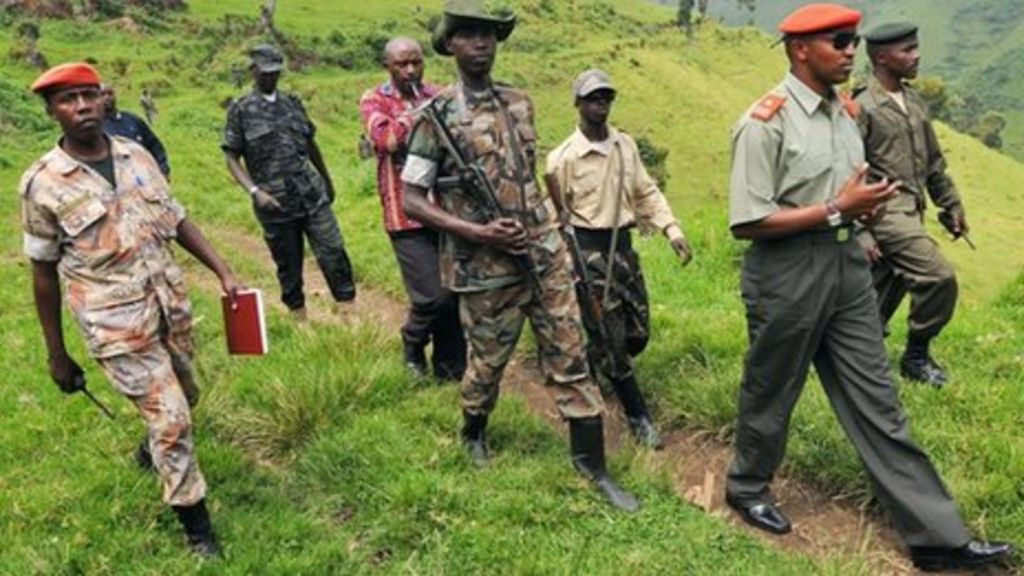 For almost 20 years ethnic conflict erupting as a long term consequence of the 1994 Rwandan Genocide, has ensured that ethnic conflict remain a pressing feature across the DR Congo’s eastern border. Although peace was officially restored in 2003, this has proven to be short-lived with conflict resurfacing by 2008.

Therefore in this short inside story by Al Jazeera, the Democratic Republic of Congo (DR Congo) as the particular central theme is examined. The Al Jazeera inside news team specifically investigates the conflict arising due to General Bosco Ntaganda and his armed militia group the National Congress for the Defense of the People (CNDP). On 4 April 2012, it was widely reported that General Bosco Ntaganda and 300 loyalist troops defected from the Congolese army clashing with government forces in the Rutshuru region in northern Goma. On 11th April 2012, the DR Congo’s President Joseph Kabila-Kabange officially called for General Bosco Ntaganda’s arrest (Inside Story – Is History Repeating Itself In DR Congo).

With Ntaganda heavily criticised for instigating conflict throughout the eastern regions and border of the DR Congo; Al Jazeera presenter James Bays invites guests: Yussa Bunvigiye of the Congo Global coalition, which is a DR Congo-specialised alliance of humanitarian, human rights and environmental organisations; Anneke Van Woudenberg, Senior Africa researcher for Human Rights Watch who has worked in the DR Congo for 13 years; and Lambert Mende Omalanga, the DR Congo’s Minister of Communication to discuss the recent conflict arising, discussing pertinent questions as to whether this recent case of violence is a sign of the DR Congo moving backwards, with history repeating itself; and why exactly the global community hasn’t acted sufficiently, in order to permanently stop the violence.

Yussa Bunvigiye – Presents his introductory analysis on how the conflict firstly erupted in the eastern DR Congo, due to dissatisfactions and differences experienced between former CNDP soldiers and agreements enacted by the DR Congo’s government.

Anneke Van Woudenberg – Assesses that around 800 mutineers are fighting the Congolese army in Rutshuru. Details how these soldiers similarly as to what Yussa stated, were formerly members of the CNDP and were now being led by General Bosco Ntaganda. However Anneke contradicts Yussa’s argument over the Congolese government not fulfilling the 2009 peace agreement; she discusses active government steps such as, not prosecuting former rebels as stated in the 2009 peace agreement, and instead nominating some of these former rebels into top military officials within eastern DR Cong, so much so that almost an ‘army within an army’ has been created; Anneke then insists on the latest mutiny arising, due to increasing negative attention that General Bosco Ntaganda was experiencing, against both the Congolese, and the international community, and not because of disagreements over the 2009 peace agreement.

Minister Lambert Mende – In his political evaluation, Minister Mende agrees with Anneke, in that members of what is known as the M23 rebel group, were efficiently integrated by the Congolese government into the national army, in respect of the 2009 peace agreement. He then emphasises that the rebel group were engaging in illegal military warfare, due to the International Criminal Court (ICC) indictment against General Bosco Ntaganda. Minister Mende also highlights a second agenda, revealing how the M23 rebels also want to create a faction army, aligned to their ethnic group within eastern DR Congo; insisting on the arrest of General Bosco Ntaganda judged before a Congolese trial, before being turned over as final to the ICC.

Al Jazeera presents what is a brief yet efficient background of the DR Congo and its conflict history; detailing how the 1994 Rwandan was a primary instigator of the  DR Congo experiencing more than two decades of war. It presents what is an important insight into General Laurent Nkunda who as a notorious rebel leader operating in the Nord Kivu province, how his illegal militia activities plundered the DR Congo further into continued conflict; this leads on smoothly onto General Bosco Ntaganda and how he was firstly depicted as a prominent actor within the DR Congo’s 2009 peace process, and how this image helped to stall his arrest to the ICC.  Al Jazeera acts well in then revealing the deteriorating relations that General Laurent Nkunda had with Congolese authorities, and how this significantly contributed to the Congolese authorities actively calling for his arrest. With General Bosco Ntaganda refusing to comply, the inside news story follows intricately, with the contributing analysis of the invitees, how the rebel leader has persistently used loyalist troops, to cause what was then over a month of heavy violence within the eastern DR Congo; as an act of protest against the DR Congo’s legal decision. The DR Congo is then cross-examined with important issues raised such as:

Interesting and informative inside news analysis of Al Jazeera that in my opinion, does an effective job, with the contributing input from the invitees, in highlighting what is a complicated yet important aspect of the DR Congo that needs to be discussed, in order to find viable solutions and take the necessary steps in order to permanently end conflict in the DR Congo, and move the country towards a continual system of peace and socio-economic and political sustainable development.

Definitely still relevant and worth a watch!

Inside Story – Is History Repeating Itself In DR Congo. Qatar: Al Jazeera, 2012. video.

Nzango – The Game of Dance!

A Year on the High Plateau / Many Wars Ago