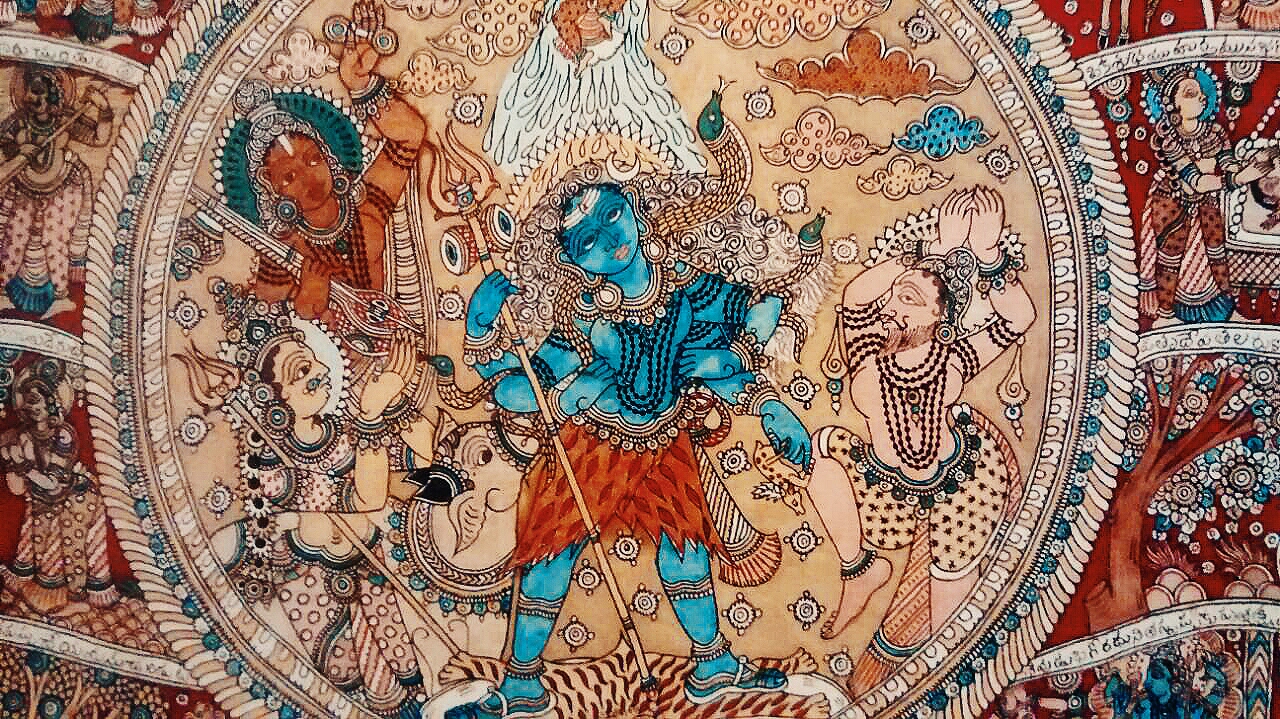 India is synonymous with terms like tradition, culture and art. Traditional art has played an important role in not only defining the popular heritage of this country but also the economic prosperity of the artisans. History informs us that art was a major contributing factor to the expansion of India’s economy, prior to the political-historic events of the 19th century. However, with these events that led to the modernization of India, its local handmade industries were given lesser importance and thus, the interest of traditional art steadily lost its value.

In recent times, light has been shed upon the importance of reviving traditional art, laying emphasis on paintings. If we look back, traditional style of painting involves skill, talent and technique. The blending of these three factors not only gives life to art, it gives life to our culture.

India’s diverse culture has also blessed us with myriad styles of painting, with each state having two or more unique techniques. The importance of tradition in art has been highlighted in the following South Indian styles of painting:

Tanjore paintings originate from the South-Indian region of Thanjavur, Tamil Nadu. This school of painting dates back to the 16th century. These paintings are made on a canvas which is a plank of wood (originally, wood of the Jackfruit tree was used, now it’s plywood) over which a layer of cloth is pasted with Arabic gum. Primarily, the colours used are white, red, green, gold and black.

Tanjore paintings usually depict one main figure, a deity. This figure is placed in the center and then enclosed with arches or curtains made in the gem-set technique. It is a technique where pure gold leaves and sparkling stones are used to highlight certain aspects of the painting like ornaments, dresses etc.

This style of painting thrived under the Cholas of the 16th century. It flourished from 16th to 19th Century. However, today, this tradition is kept alive by only a few hundred dedicated artists mostly based in Tamil Nadu, India.

I am proud to say that Leela Bhatt, my late grandmother helped to keep this tradition alive. In 1994, she created not one, but two masterpieces, depicted below, after she acquired the skill of  Tanjore painting.

Kalamkari is the oldest art form of Andhra Pradesh. It derives its name from Kalam meaning Pen, and Kari meaning work, literally Pen-work. These paintings were earlier drawn on cotton fabric only, but now, silk is also used as a canvas. The process is very slow and vigorous. The kalamkari goes through a process of repeated dyeing and hand printing. There are lots of treatments involved before and after the painting is made.

The artist uses a bamboo or date palm stick pointed at one end with a bundle of fine hair attached to it, to serve as the brush or pen. This art includes both, block-printing and painting. Vegetable dyes are used to colour the designs applied on cloth.

Kalamkari specifically depicts epics such as the Ramayana or Mahabharata. However, there are recent applications of the kalamkari technique to depict Buddha and Buddhist art forms.

After independence of India, the Handicrafts Development Board took up the task of reviving this art, which had dwindled due to lack of buyers.

In conclusion, these breathtakingly beautiful art forms remind us Indians, how our culture sets us apart from the world. It creatively tells us stories which opens our mind and makes us admire the skill our countrymen are blessed with. Tradition must not be forgotten. We must realise the importance of it as it establishes a sense of pride in us. So let us revel in and respect the glory of our past, for it is what makes us unique, it is what makes us Indian.

Periya Negamam: The village of weavers

Buildings of Seferihisar: A Photo Walk